I’m not a big fan of Charles Webster Hawthorne’s paintings, but then, who am I? In his day he was highly respected, had a huge following and taught thousands of students…Norman Rockwell among them. 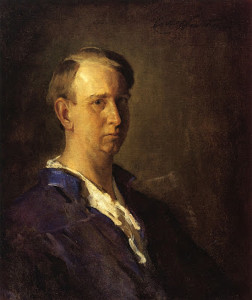 According to a popular saying… there’s more than one way to skin a cat. That idiom is particularly applicable when discussing the subject of painting.

To my way of thinking, Hawthorne’s approach to painting is similar to being invited to one’s home for dinner. Rather than ring the front door bell, enter through the foyer, visit with hosts in the living room and finally proceed to the dining room; Mr. Hawthorne enters from the back porch and on through the mud room. After lingering in the kitchen for a bit, he joins the other guests in the dining room. Yes, they all made it to the dinner table, but by an entirely different route.

Hawthorne approached painting from a slightly different direction and yet still ended up with a pretty decent result. He was fond of saying: “Painting is the mechanics of putting one spot of color next to another. That’s the fundamental thing.” 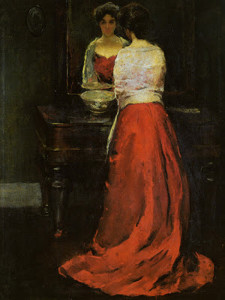 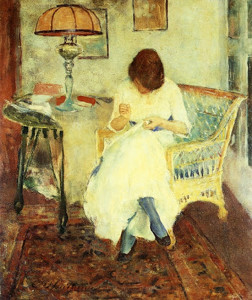 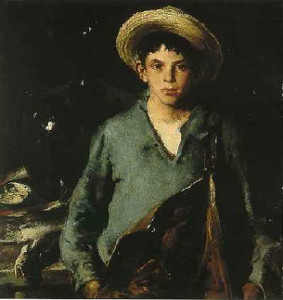 He did not put much emphasis on drawing. “Only after you have the spots of color true and in their proper relations do you have something to draw with and you can then consider it (drawing). No amount of good drawing will pull you out if your colors are not true. Get them true and you will be surprised how little else you need.”

My view of this last quote is exactly opposite. I’m of the opinion that drawing is king. It is the foundation of every successful painting. If the drawing is off, it doesn’t matter how beautiful the color.

One could just as easily argue however that if you got every spot of color exactly right…placed perfectly with accurate temperature and value, then everything else would take care of itself…drawing included. It is sort of like entering the house through the back door, yet ultimately ending up in the dining room. 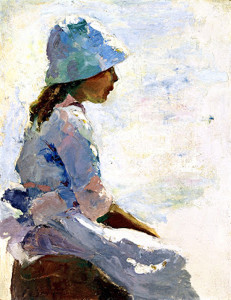 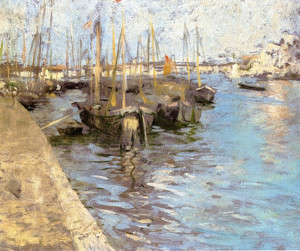 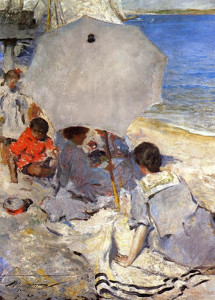 “A great composer could find inspiration for a symphony in a subject as simple as the tinkle of water in a dish pan. So can we find beauty in ordinary places and subjects. The untrained eye does not see beauty in all things-it’s our profession to train ourselves to see it and transmit it to the less fortunate.” Charles Webster Hawthorne (1872-1930) was born in Illinois but raised in Maine. His father was a sea captain. When Charles was eighteen, he went to New York, worked in a stained glass factory by day and studied at the Art Students League at night. His early teachers were George de Forest Brush and Frank Vincent Dumond. His biggest influence however was William Merritt Chase.

Chase founded the Shinnecock Hills Summer School in Long Island, NY in 1891. Hawthorne became one of his pupils and eventually worked as his assistant for several years. Chase was renowned for his outstanding demonstrations, but it is noted that Hawthorne surpassed him in this ability. Hawthorne opened his own summer school in 1899. The Cape Cod School of Art was the first outdoor summer school for figure painting. Because of his exceptional power as a demonstrator, students came to realize what a great gulf there was between them and a master. Seeing the perfectness of his first spots of color…and that they could be so stated…caused them to implicitly trust his teaching. His outdoor classes were huge, by 1915 he had 90 students enrolled. Students could stay in a Provincetown boarding house and rent a studio for $550.00 per year. 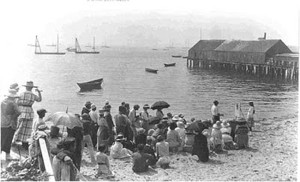 “The painter must show people more-more than they already see, and he must show them with so much human sympathy and understanding that they will recognize it as if they themselves had seen the beauty and the glory. Here is where the artist comes in. As a painter, Hawthorne cast aside every doctrine, so that he might surpass the limitations of calculation and construction. “Art must surpass such limitations”, he said. In the book, Hawthorne on Painting, students recall some of his salient points. Here are a few:

“We go to art school and classes to learn to paint pictures, to learn our job. Our job is to be an artist, which is to be a poet, a preacher if you will, to be of some use in the world by adding to the sum total of beauty in it.”

“Select the thing that is obvious in its paintership-look around and select a subject that you can see painted, that will paint itself. Do the obvious before you do the superhuman thing.” 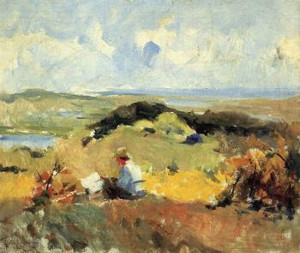 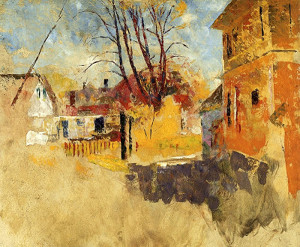 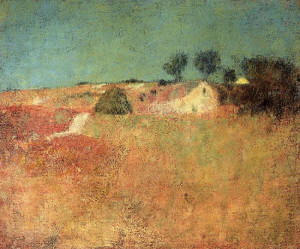 “Key your work higher than nature really seems to be, and when you take it indoors and hang it upon the wall, it will come nearer to the truth or to the way you want it to appear indoors.”

“Seeing things as silhouettes is drawing-the outline of your subject against the background, the outline and size of each spot of color against every other spot of color it touches, is the only kind of drawing you need to bother with.”

“The weight and value of a work of art depends wholly on its big simplicity-we begin and end with the careful study of the great spots in relation one to another. Do the simple thing and do it well. Try to see large simple spots-do the obvious first.” 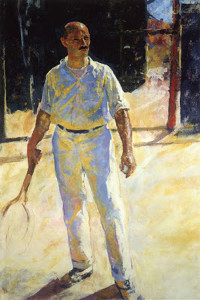 “Be always looking for the unexpected in nature, do not settle to a formula. Get into the habit of doing what you see, not what you know. Human reason cannot foresee the accidents of out of doors. Humble yourself before nature, it is too majestic for you to do it justice. We do well the things we see already painted in our mind’s eye. Don’t do it until you see it or you are defeated before you begin.”

“The effect of nature at the moment sets the key. Put the subject down in shadow first, then in sunlight. Separate into big passages of light and shade. Get the big simplicity of foreground in relation to the mass of sky. Keep the lights together and the darks together. Gather together the big lights and shadows, don’t break them up.”

“If the tones and values are correctly placed, the drawing takes care of itself. You will be a better draftsman if you paint in planes, not in color outline.” 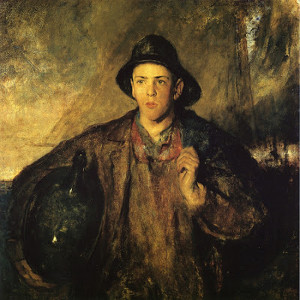 Typically, when Hawthorne taught, “a model would be posed on the beach, and the students would work with putty knives so that they could not be tempted to indicate the details of the model’s face that they could not actually see under the hat in the blazing sunlight.
Also, as a means of making the student concentrate on the fundamental relationships of the main spots of color, they were urged not to finish, but to do as many studies as possible-a dozen or more-for the Saturday morning criticism, the high point of the week.”