On the scene with your trusty reporter, John Pototschnik

Last night at the Other Museum of Modern Art (OMOMA), a star-studded, capacity crowd anxiously awaited the highly anticipated unveiling of Aire O. Gunz’s latest masterpiece with a $1.5 million dollar price tag. Stunned silence, followed by exuberant applause swept over the audience as the highly anticipated, Composition No. LXVIII, was finally unveiled.

One could hear a pin drop as Mr. Gunz spoke.  “This painting represents the culmination of years of effort to create a ‘pure painting’…a painting that would provide the same emotional power as a musical composition. An empty space says a lot,” he said, “and it says something different to almost every person who looks at it. It represents limitless possibilities and beginnings. Most importantly, the meaning and the emotion is going to be unique to every individual who stands in front of the canvas.” 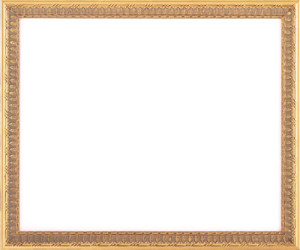 By choosing to present a blank canvas, Gunz is at once saying nothing, while at the same time saying everything.

Well known art critic, Payd de Play, said, “The monumentality of this iconic masterpiece is thoughtfully cradled in a hand crafted 24kt gold leaf frame, perfectly complementing the purity of this brilliantly white canvas, an expression of an apocalyptic battle that will end in eternal peace…a sort of cosmic vision.” Mr. de Play went on to say, “Many of the people in attendance that I have spoken with are stunned by Aire’s cunning ability to mine the depths of their consciousness with this insightful work. Mr. Gunz’s ‘inner necessity’ to express his emotional perceptions led to the development of his unique style of painting. It’s just brilliant, the very pinnacle of Aire O. Gunz’s career.”

E. Lee Tist, editor of Total Vanity magazine, motioned to me from across the room. He was bubbling with enthusiasm, “Isn’t this just a fabulous evening?” he asked, “And the painting, my, it’s to die for. The whiteness of the canvas beckons us to the white light. Its very luminescence conveys a sense of infinity through the lack of volume and the absence of perspectival illusion. Out of this void, the viewer can sense the rising of the dead.”

It was truly a spectacular evening. My head is still spinning in an attempt to decipher the iconography of the work, the key I’m sure, to unlocking the real theme of this painting.

This spectacular evening was nothing compared to Sotheby’s recent auction…58 of 69 works sold for an all-time record of $375.1 million dollars. Highlight of the evening was Mark Rothko’s, “No. 1 (Royal Red and Blue) – Oil – 1954 which sold for $75.1 million. Maybe if Mr. Aire O. Gunz gets some color on his canvas his prices will rise. 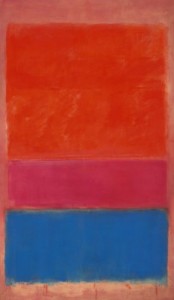 (Many of the comments used to describe, Composition No. LXVIII, are the actual words of various art critics describing other abstract works of art. This further demonstrates a point I often make concerning the importance of clearly communicating what we want to say when we paint. Otherwise, any intelligent sounding interpretation will suffice).