The version of Santa so enjoyed today has devolved significantly in both purpose and appearance from its origin in the 3rd Century. Nicholas, a Greek Christian bishop, from what is now called Turkey, was left a large fortune when his parents died. As a follower of Jesus, he dedicated his life and fortune to the needs of others, often disguising himself while secretly distributing food and clothing in stockings to those most needy in his community. 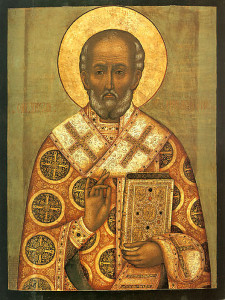 As the story of “Saint Nicholas” spread, the Dutch version became Sinterklaas. Some say, somewhere in here there was a merging of the Norse god, Odin, and the pagan god, Yule; there’s some debate regarding that story, but it does live on. It is also believed that Sinterklaas flew through the sky on an eight-legged horse, just like the mythical Odin. 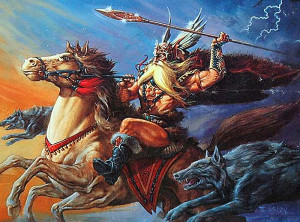 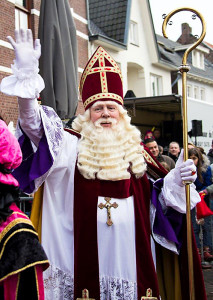 In 1822, Clement Clark Moore, a New York professor of Oriental and Greek literature, wrote a poem titled “A Visit from Saint Nicholas”, known today as “The Night Before Christmas”. Moore’s Santa was no longer a priest but a dimpled, chubby elf with twinkling eyes, rosy nose and cheeks, white beard, dressed in fur, and carrying a bag of toys. He was whisked through the sky in a sleigh propelled by eight tiny reindeer, each with a name. 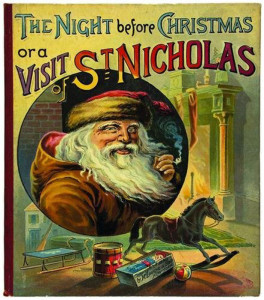 “A Visit from Saint Nicholas” by Clement Clark Moore

Moore’s idea of Santa became ingrained in America’s consciousness. However, Santa had not yet been given a home, a workshop, or helper elves; neither had the Naughty or Nice list been created, nor was he able to receive mail. All those details were added by famed New York illustrator, Thomas Nast, in 1862 when he was commissioned by Harper’s Weekly to create Christmas illustrations. He also transformed Santa from an elf into a much larger, grander character. 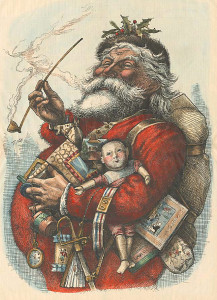 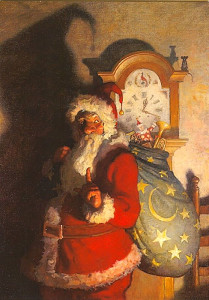 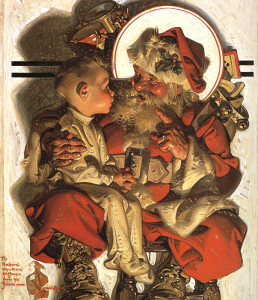 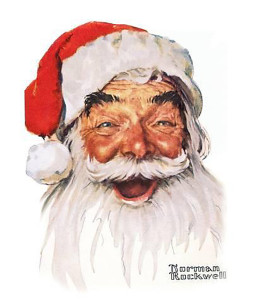 Santa’s appearance continued to evolve as many artists have shared their depictions, but the version most loved came from the hand of Haddon Sundblom. For 33 years, Sundblom’s paintings, done for the Coca Cola Company, have helped create the modern image of this beloved character…an interpretation that even today lives on in the minds of people of all ages the world over. How different from the original intent and purpose of Bishop Nicholas! 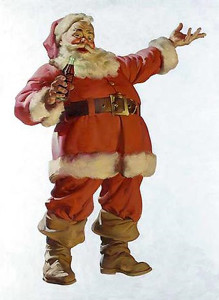