A few years ago the Meadows Museum in Dallas hosted an extraordinary exhibit of Joaquin Sorolla y Bastida paintings. The individual galleries were softly lit and human voices seemed as whispers…distant and subdued…yet the sound was really deafening as it echoed through the rooms. Despite the noise and enthusiasm, there was a prevailing sense of awe and respect…maybe even reverence. We were standing in the presence of greatness…a giant, and I knew it.  (Click images to enlarge) 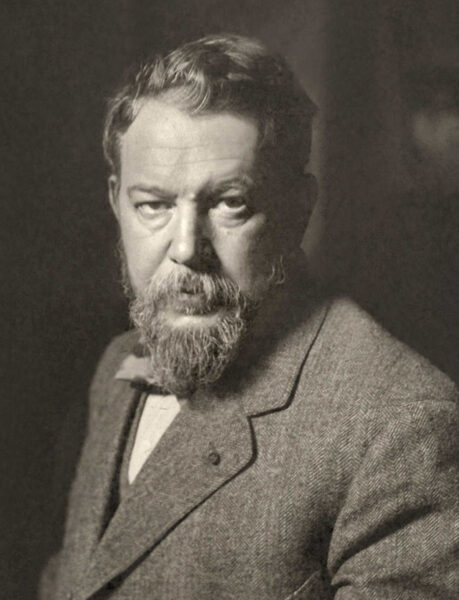 Standing before each painting, I wondered if it is true that one’s paintings reflect the artist’s personality; if so, then Sorolla’s sheer exuberance for life, family, and joy of painting did not escape me. 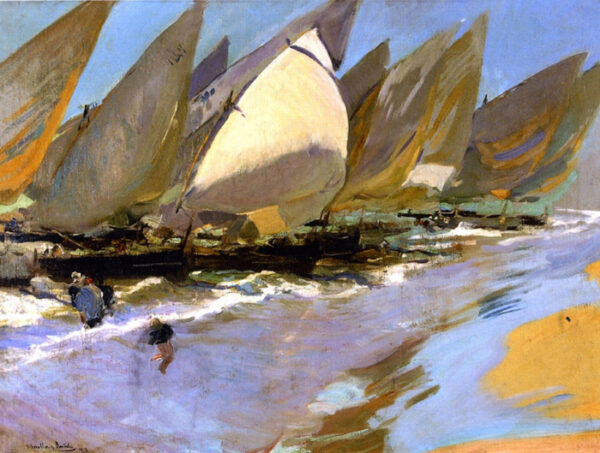 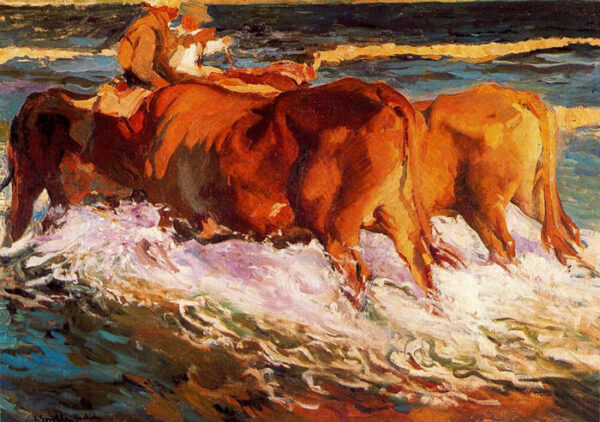 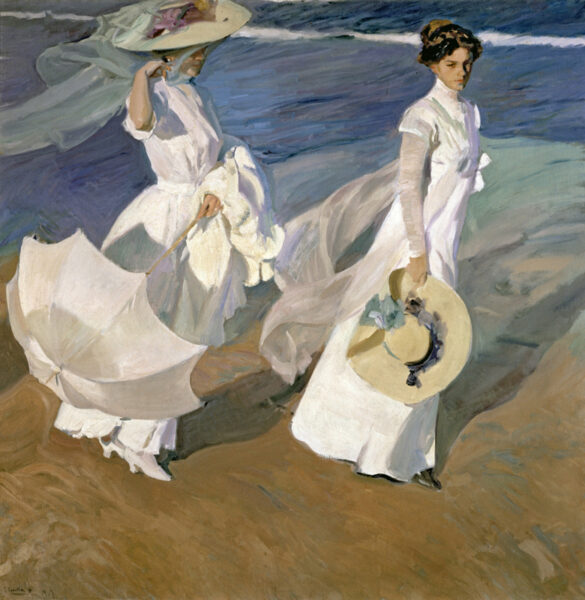 The older I become, the more I realize that drawing is the most important of all the problems of picture-making.

There is such a massive amount of confidence and knowledge evident in his work; it’s most evident in his drawing ability, risky compositions, and use of color. His paintings cannot be ignored for there is an authenticity, an honesty, that comes through every stroke of the brush. I’m thinking Senor Sorolla was a man of depth…bold and boisterous, yet sensitive and caring. Interestingly, I saw this in his very tiny “painted notes”, some smaller than 5 inches, broadly and rapidly painted…probably done in minutes; yet, in the bottom corner of each painting was his signature so sensitively and clearly signed that one almost needed a magnifying glass to decipher it. 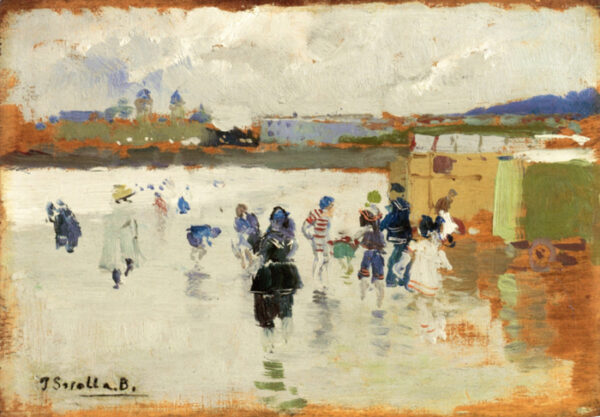 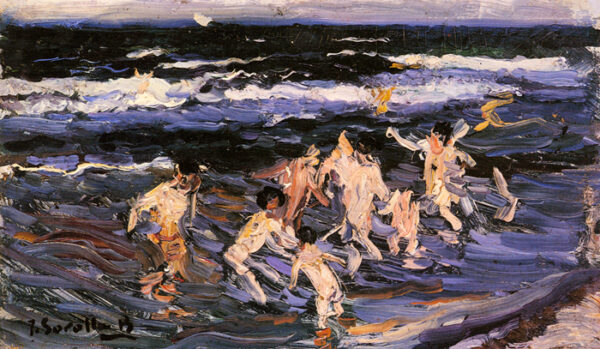 It was a unique experience having my wife accompany me to the exhibit. While being pretty much in awe of every Sorolla painting, my wife on the other hand being practical, down to earth and not impressed by big names, was not enamored with everything Sorolla painted. Periodically, while pointing to a particular painting, I would hear her say, “That’s just not clear, I would never buy that!”…as if we could. 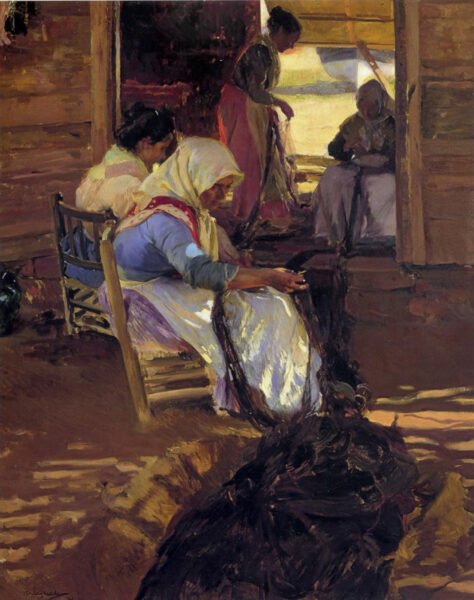 Joaquin Sorolla (1863-1923) was a Spanish artist born in Valencia. He was the eldest child born to his father, also named Joaquin, and his wife Concepcion Bastida. His sister, Concha, was born a year later. Both children were orphaned a short time later when their parents died, most likely of cholera. Thereafter they were cared for by their maternal aunt and uncle.

He received his initial art education at the age of fourteen in his native town of Valencia under a succession of teachers. At 18 he traveled to Madrid, vigorously studying master paintings in the Museo del Prado. After completing his military service, Sorolla obtained a grant which enabled him to study painting in Rome for four years. 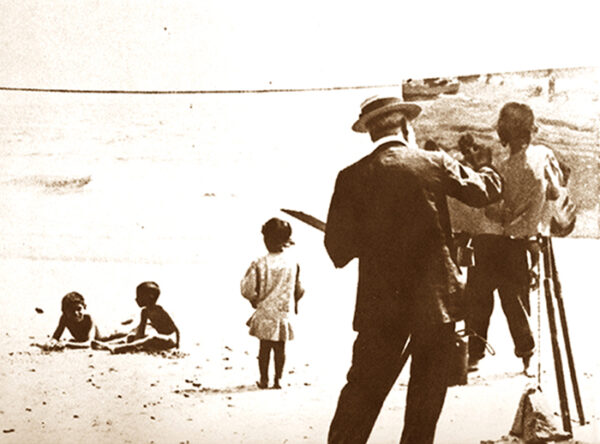 Sorolla painting children on the beach 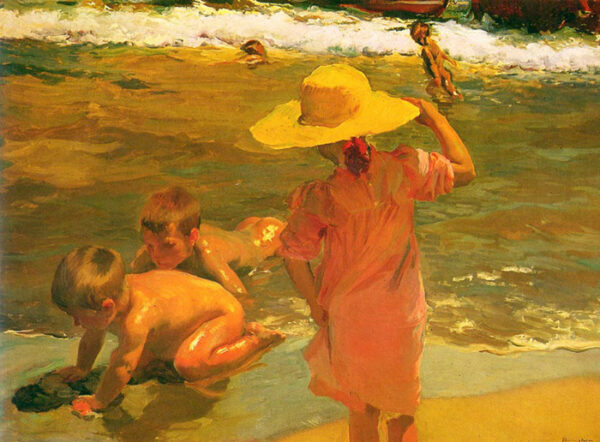 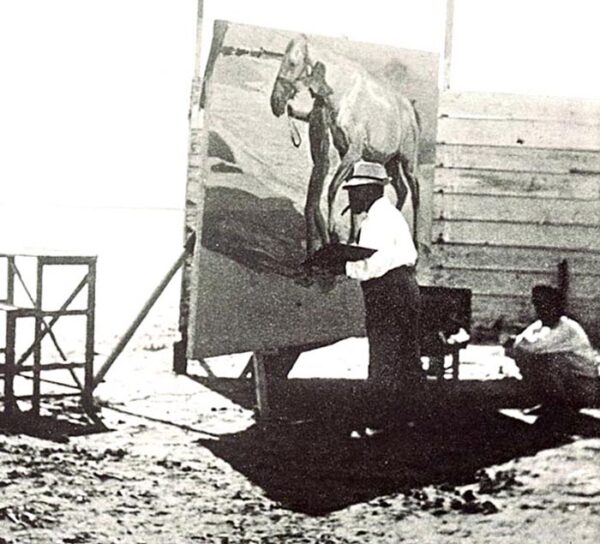 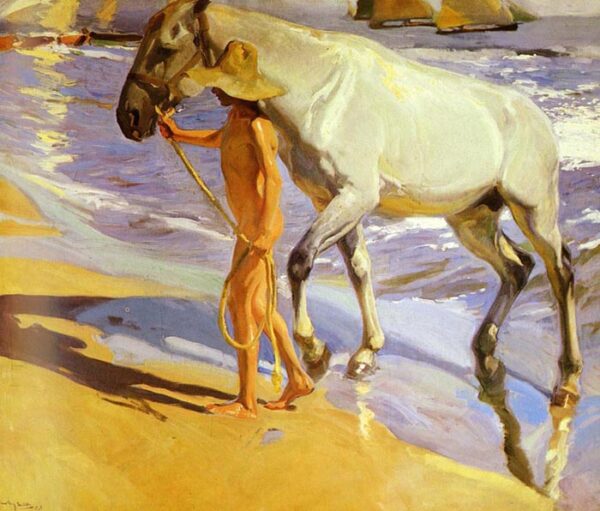 His career as an artist is well documented so I won’t go into it here. He’s probably most noted for his sun-drenched beach scenes painted en plein air in and around his beloved Valencia. Because of his brilliance as a painter his career is dotted with many important awards and honors. He was greatly respected by fellow artists, among them John Singer Sargent.

In 1920, while painting a portrait in his garden in Madrid, he suffered a massive stroke. Paralyzed for over three years, he died in 1923. So beloved in Spain, he was honored with a state funeral. After his death, Sorolla’s widow left many of his paintings to the Spanish public. The paintings eventually formed the collection that is now known as the Museo Sorolla, which was the artist’s house in Madrid. The museum opened in 1932.

When standing before any great work of art, in this case Sorolla’s, it’s sort of bitter sweet. Sweet, to see such amazing work and to marvel that one can have such incredible talent and ability. Bitter, in that it’s a very harsh reality check when confronted with one’s own lack of knowledge and ability.

Just a partial view of the 14 murals Sorolla produced en plein air for the series “The Vision of Spain”, now installed in the New York Hispanic Society of America.

Those of us that occasionally paint en plein air understand what it takes to create just a small study on site. Compare that with the jaw-dropping work Sorolla created on location. Consider the 14 massive murals he produced depicting several Spanish provinces…14 feet in height, totaling an incredible 227 feet. What is that, just under the length of a football field? All done en plein air mind you. How does one even do that. If there are ever any allusions of personal greatness, this knowledge alone should bring us back to our senses. Right now, I’m feeling pretty small.

Who do you consider the greatest plein air painter of all time?