“I had come from France and, wandering down into Cornwall, came one spring morning along that dusty road by which Newlyn is approached from Penzance. Little did I think that the cluster of grey-roofed houses which I saw before me against the hillside would be my home for many years.”  (Click images to enlarge) 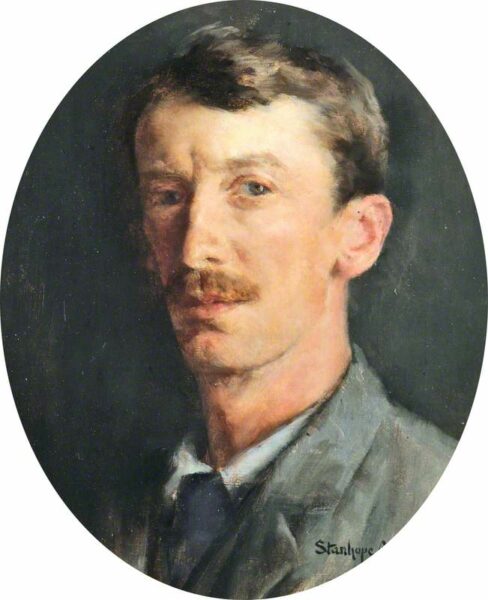 Stanhope Alexander Forbes had found what he was looking for, an old, quaint English site in his native country where the ideas and techniques of painting he had learned while studying in France, influenced by the revolutionary work of Jules Bastien-Lapage, could be applied.

In 1880 at the age of 23, Forbes and Henry Herbert La Thangue, his friend from the Royal Academy school in London, went to Paris for additional artistic training. They studied at the private atelier of Leon Bonnat. While there, they were greatly affected by the work of Bastien-Lapage who incorporated photography with his plein air work to achieve paintings that many critics deemed too photo-realistic. By 1883, Bastien-Lapage was so popular that one critic sited, “The whole world paints so much today like M. Bastien-Lepage that M. Bastien-Lepage seems to paint like the whole world.” 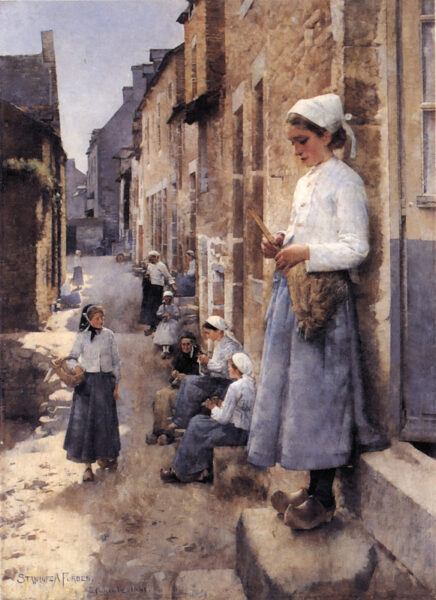 “A Street in Brittany” – 41″ x 29.75″ – Oil  (Forbes considered this painting to be a turning point. From this point on he dedicated himself to painting en plein air. It is believed he used photography to capture his models. In the studio he used the photos to compose the work, then composed his models on site)

The impact of Bastien-Lepage’s work convinced Forbes and La Thangue that figure painting should be done outside. Brittany, France was an ideal location to begin such work. “There they found everything an artist could desire. The people were distinct, wearing the beautiful national costumes which had been handed down from bygone ages. They retained the language of their forefathers and each village religiously followed the old traditions which ordered their dress and personal conduct.” 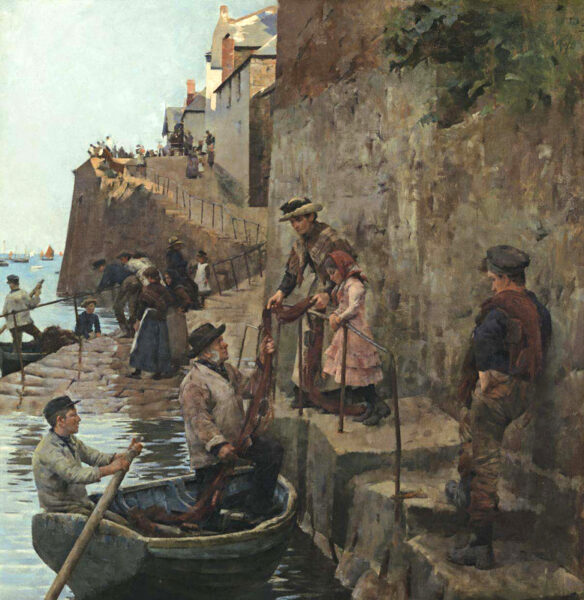 Completing their studies in Paris and following Bastien-Lepage’s belief that artists should depict the countryside they actually know rather than work in alien surroundings, Forbes returned to England, taking with him what he’d learned in France. Newlyn, a seaside town and fishing port in south-west Cornwall, having a temperate climate that allowed artists to paint outside year-round, became his new home.

In 1884, he and Walter Langley founded the Newlyn Art Colony. By 1885, the art colony was receiving national attention with the Royal Academy. Forbes was the recognized “Father of the Newlyn School” and strong advocate of Rural Naturalism. It was important to Forbes that his paintings were always of good taste. Good taste was a matter of breeding and highly prized, he believed, and nothing demeaning should enter a scene. 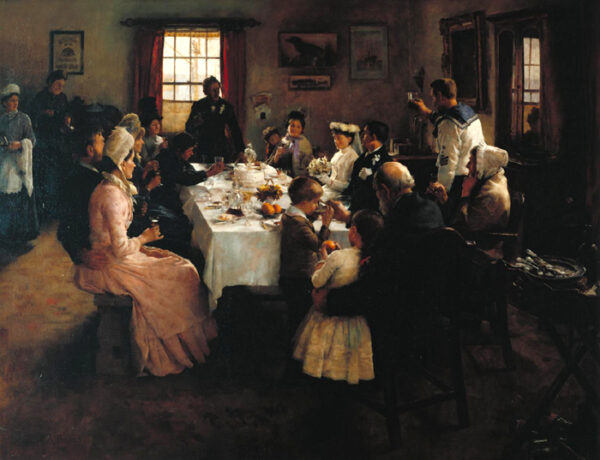 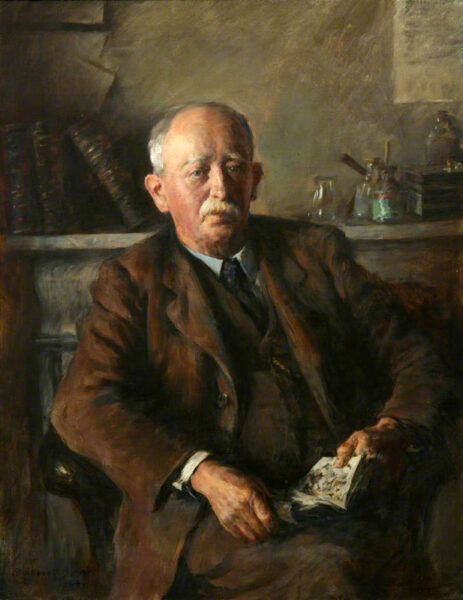 Mounting success was enjoyed by Stanhope. In 1892, he was elected Associate of the Royal Academy, and by 1910, a full Royal Academician. In 1895, he founded the Newlyn Art Gallery.

By 1899, Newlyn was struggling economically because of the failing fishing, mining, and farming industries, so Forbes and his artist wife, Elizabeth, created the Newlyn Art School. It attracted many students to the area and helped bring an economic resurgence to the area.

“Beyond Impressionism: The Naturalist Impulse” by Gabriel P. Weisberg, details some of the working methods of the Newlyn artists and others of the Naturalist movement.

“In principle the Newlyn artists were united in their desire to paint en plein air, to pose models in all weather conditions, and to capture changing light effects. Yet it was not always possible to finish everything in the open, since many of the canvases on which the artists worked were simply too large. This predicament immediately contradicted one of the group’s stated aims. A type of propaganda campaign ensued, replete with documentary photographs of the artists painting outdoors. Gullible critics and collectors swallowed the myth whole. Those who actually visited Newlyn, or discussed the situation with individual painters, knew the artists had developed a series of aids that helped them finish paintings and capture desired light effects during periods of inclement weather.” 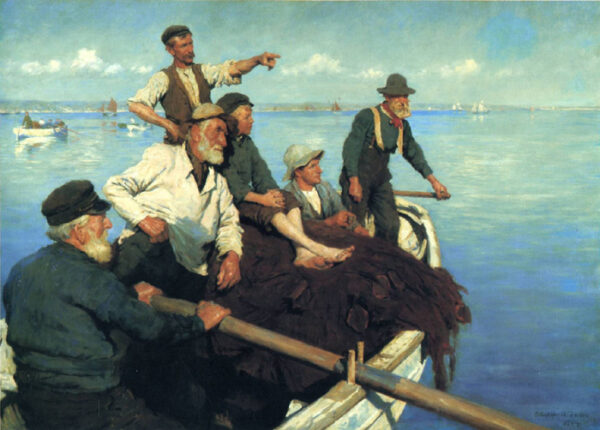 “The Seine Boat” – 1904  (Although this painting was very popular and is beautifully painted, the placement of the man standing and pointing really bothers me. It does not look like he can possibly be standing in the boat) 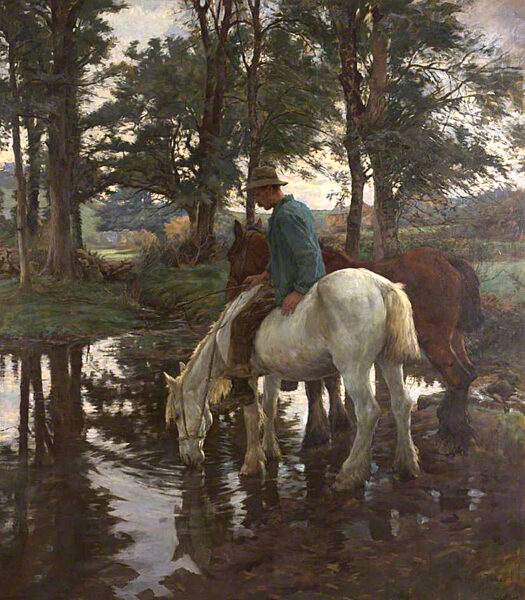 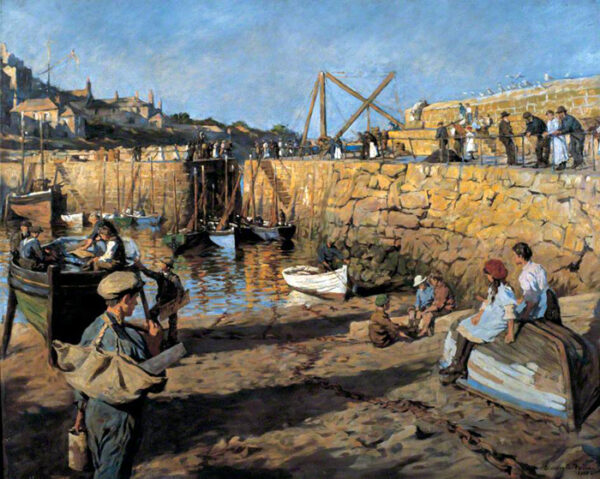 “While Forbes noted that he painted models in full view of the local populace, he also directed attention to the studio he constructed…’a glass house that commands so fine a view of the bay.’”

“In these glass environments, constructed during the late 1880s, artists could re-pose their models and utilize photographic sources to maintain the camera-ready scrutiny that accompanied the creation of rustic Naturalist scenes.”

By filling their studios with plants and fashionable objects, painters were surrounded by nature in all its manifestations both inside and out.

“To broaden their opportunities to work outside before nature, some artists relied on makeshift tents, while others employed small, portable studios on wheels for shelter from wind and dust.” 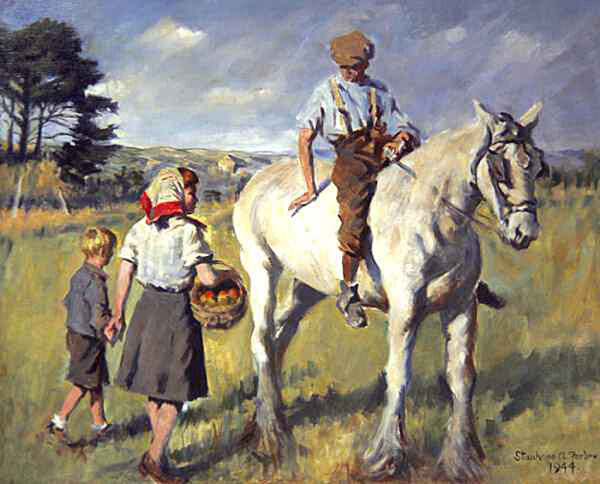 “Off to Lunch” – Oil – 1944  (Probably one of Forbes’ last paintings. The style is looser and does not capture the elegance and subtleties of his earlier work)

As we look on all this from today’s perspective, and even incorporate many of the aids used in their day, we ask, “What’s the big deal, why all the fuss?” But, in the 1800s, using photography as an aid in creating a painting really was a big deal. I think it’s interesting that back then they tried to hide the fact they used photos…not unlike today with some artists.

As I stated in last week’s post, “The Naturalists – The Newlyn School”, all the Newlyn artists were very well trained and had a thorough understanding of human anatomy, therefore their use of photography was only a useful aid in achieving the naturalism they so desired in their work.