I want to briefly introduce you to Robert Hale Ives Gammell. You will be hearing more of him in future blogs as I intend to share with you insights from his book, “Twilight of Painting”…a painter’s book about painting. 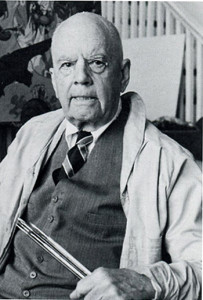 Gammell was one of the last American artists to receive classical training in art. That’s important because in his 35 years of active teaching, he imparted that knowledge to more than 80 students. From that group several have gone on to teach others, notably Richard Lack, Alan Banks and Stapleton Kearns. I think Gammell is indirectly responsible for the current explosion of the atelier system and the return to a serious, methodical course of study for would be artists. The art produced under the reestablished atelier system created a new art movement termed Classic Realism. 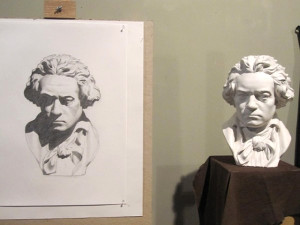 An atelier is basically an artist’s workshop. Richard Lack created the model used by all present day ateliers when he established Atelier Lack in 1969. The Lyme Academy College of Fine Arts, where I attended briefly in 1993, is based on the same model. The goal of these schools is to revitalize art education by reintroducing rigorous training in traditional drawing and painting techniques, employing teaching methodologies that were used in the famous French academies. Under the atelier model, art students study in the studio of an established master to learn how to draw and paint with realistic accuracy and an emphasis on rendering form convincingly. The foundation of these programs rests on an intensive study of the human figure, renderings of plaster casts of classical sculpture and the emulation of their instructors. The goal is to make students adept at observation, theory, and craft while absorbing classical ideals of beauty. 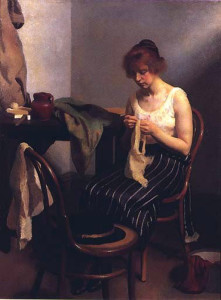 So, back to Ives Gammell (1893-1981). He was trained primarily by William Paxton, and Paxton was trained in Paris under the incredible Jean-Leon Gerome. 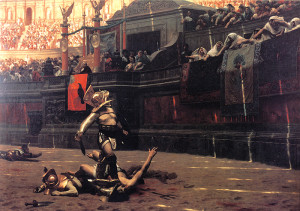 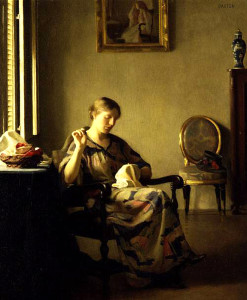 Born in Providence, Rhode Island, Gammell grew up in a privileged environment. By the age of 10 he knew he wanted to be a painter. His training was in sharp contrast to what he later called, “the quagmire of modern art”.

He was totally out of step with his times and became increasingly isolated from the existing critical and artistic establishment. He was ridiculed and told his work was of no consequence. In 1939, due to the stress of the impending war in Europe, and the realization that there was little acceptance for his type of work, he suffered a nervous breakdown. It was during those war years, while slowly recovering from those dark days, that he wrote the insightful “Twilight of Painting”. Let me share some from the introduction of the book:

“By the end of World War II, Gammell was convinced that the fabric of art education, which has historically produced well-trained painters, had ceased to exist. This conviction caused him to reorient his life; he not only began to teach students but also began to write down what he knew about the art and craft of painting. As a teacher he tried to provide his students with the training necessary to solve the problems suggested by the creative impulse. In addition to training in the technical aspects of painting, he insisted that his students also be exposed to literature, drama and music of their own and prior periods, so as to give them a sense of place in the continuity of human creative expression.”