Hearing the occasional solitary crack of a fire cracker in our neighborhood and the cancellation of so many 4th of July celebrations across America, sadly, seems quite appropriate, and errily symbolic. 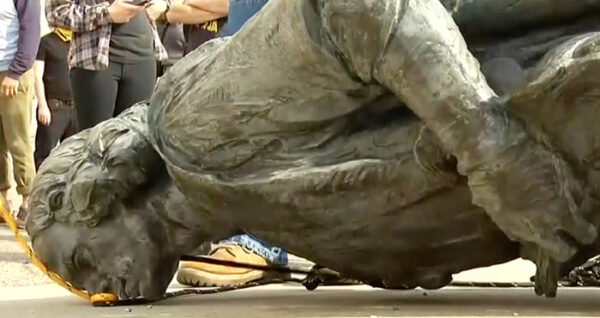 Pulling down the statue of Christopher Columbus

It’s very difficult, and actually feels hypocritical, to be celebrating America’s independence when every year we surrender more and more of it to a tyrannical government that continues to take, while at the same time telling us it is for our “good”; after all, they are protecting our “rights”, securing our “welfare”, “prosperity”, and “freedom”.

Don’t think this is a condemnation of one political party, for they are both irrefutably corrupt and have been for many many years. We, the American people are responsible for whom we put in office, and we get the leaders we deserve, because much of our culture, like our leaders, are irrefutably corrupt.

Robert Bork, in his 1996 book Slouching Toward Gomorrah, defines “Culture” as referring to all human behavior and institutions, including popular entertainment, art, religion, education, scholarship, economic activity, science, technology, law, and morality. “Of that list, only science, technology, and the economy may be said to be healthy today.” Now 24 years later, even those have been corrupted. 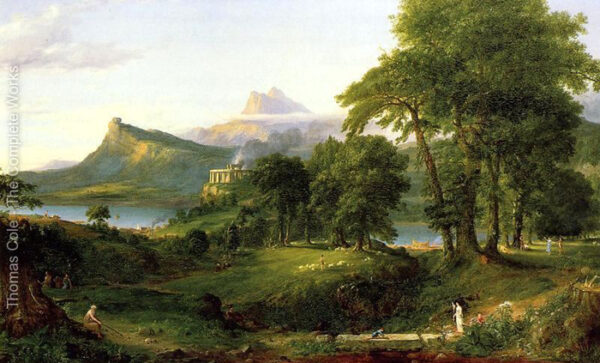 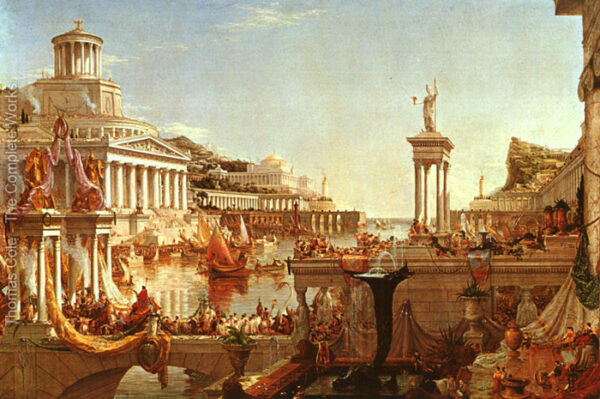 “John, You’re so negative!” Yes, I would agree when it comes to the condition of our country. I consider myself a realist, viewing the world, as best I can, as God views it…and not as man proclaims it to be. Positive thinking of itself changes nothing; it can easily be a substitute for a denial of reality. Positive thinking is only of value if it leads to positive action and change. I have lived long enough now to remember the days when I would have gasped and been terribly embarrassed by the things typically seen and heard today, and yet, ashamedly now, they are accepted as part of everyday life.

Bork continues, “Improbable as it may seem, science and technology themselves are increasingly under attack, and it seems highly unlikely that a vigorous economy can be sustained in an enfeebled, hedonistic culture, particularly when that culture distorts incentives by increasingly rejecting personal achievement as the criterion for the distribution of rewards. 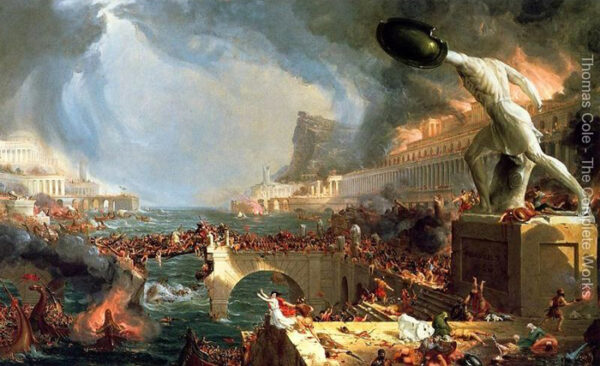 “With each new evidence of deterioration, we lament for a moment, and then become accustomed to it. We hear one day of the latest rap song calling for killing policemen or the sexual mutilation of women; the next, of coercive left-wing political indoctrination at a prestigious university; then of the latest homicide figures for New York City, Los Angeles, or the District of Columbia; of the collapse of the criminal justice system, which displays an inability to punish adequately and, often enough, an inability even to convict the clearly guilty; of the rising rate of illegitimate births; the uninhibited display of sexuality and the popularization of violence in our entertainment; worsening racial tensions; the angry activists of feminism, homosexuality, environmentalism, animal rights – the list could be extended almost indefinitely.

“So unrelenting is the assault on our sensibilities that many of us grow numb, finding resignation to be the rational, adaptive response to an environment (culture) that is increasingly polluted and apparently beyond our control.”

Arriving at this point in our history did not occur overnight, for there are forces of evil continually at work in the hearts of man. By not resisting the evil tendencies of one’s sinful nature, righteousness wanes while wickedness expands in the human heart and all of society suffers. The very nature of immorality is to always expand, never being satisfied with just a little. The rejection of God and His immutable Word, have led to a decline in morality, increased lawlessness, more government and dependence upon it, followed by less liberty, and eventually total enslavement.

Is there any hope? Yes, of course there is, but only if there is a nationwide repentance and a turning away from our many sins, and in humility seeking God’s mercy and forgiveness. Make no mistake, I am not talking about just any “god”, but only the God of the Bible who revealed Himself to us through His Son, Jesus Christ. 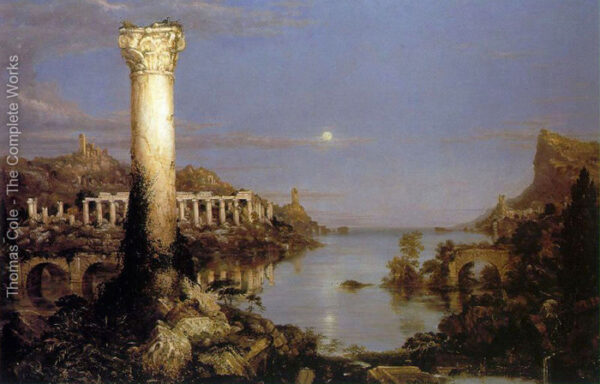 “They will seek me diligently but they will not find me, because they hated knowledge and did not choose the fear of the Lord. They would not accept my counsel, they spurned all my reproof. So they shall eat of the fruit of their own way and be satiated with their own devices, for the waywardness of the naive will kill them, and the complacency of fools will destroy them. But he who listens to Me shall live securely and will be at ease from the dread of evil.”

“And just as they did not see fit to acknowledge God any longer, God gave them over to a depraved mind, to do those things which are not proper, being filled with all unrighteousness, wickedness, greed, evil; full of envy, murder, strife, deceit, malice; they are gossips, slanderers, haters of God, insolent, arrogant, boastful, inventors of evil, disobedient to parents, without understanding, untrustworthy, unloving, unmerciful; and although they know the ordinance of God, that those who practice such things are worthy of death, they not only do the same, but also give hearty approval to those who practice them.”

I pray that God will pour out His Spirit upon us and as a nation we will turn to Him in humility and true repentance. Please join me in that prayer.

Let’s not forget from Whom our blessings as a Nation come. They do not come from man or government. Neither has the right to take them away. They are from God alone, and to Him belongs all praise and glory.