“It’s a long way from here to Texas,” he was told, “and Texas is a wild State where they are shooting at each other impudently without ever getting punished by the law. San Antonio is an open gambling town near the Rio Grande, where cowboys come to get drunk and run on their horses in the main streets, firing their guns and shooting up the business places, delighting in intimidating all the inhabitants.” 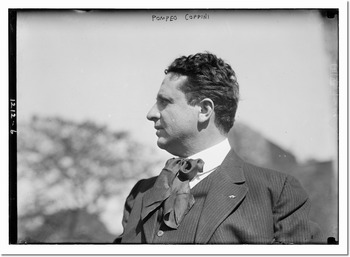 It was this cautionary warning from a friend that excited Pompeo Coppini to leave New York City. He desired to see more of his beloved, adopted country…the United States of America. Eventually, San Antonio became home to Pompeo and his wife, Elizabeth.

Who is Pompeo Coppini?

Well, don’t feel badly; I’m with you. If I hadn’t been invited to jury the Coppini Academy of Fine Arts Membership Show, I still may be in the dark…but more about that later. Just let me say this. He lived from 1870-1957 and was an Italian born sculptor, incredibly talented, who emigrated to the United States in 1896 to seek fame and fortune. Here, I’ll have my friend, Janice Yow Hindes, President of the Coppini Academy of Fine Arts in San Antonio, TX., tell a little of Pompeo’s story.

Janice, who was Pompeo Coppini?     He was an overcomer.  This Italian sculptor came to Texas after nearly starving to death in New York, going six days without food because he had landed with only $40 and spoke no English.  Overcoming his childhood was almost greater.  He is the epitome of Einstein’s quote, “Everyone is a genius. But if you ask a fish to climb a tree, he will live all his life thinking he is stupid.”  His parents wanted him to be an engineer.  He studied, failed repeatedly and considered himself incurably dumb, finally running away from home at sixteen; whereupon his parents relented and promised he could study at the Academy of Fine Arts in Florence.  Being the oldest male child, he would be conscripted into the army at age 20, and the course at the academy was 8 years long.  Undaunted, Coppini finished the 8 year course in 3 years, graduating with the highest prize, a monetary award.

In New York, Coppini could only apprentice to established French and American sculptors, so he left New York in 1901 for San Antonio, the wild west, mud streets, outlaws, gambling, gun and cock fights.  There he contracted with Franck Teich to do the bronze statue of Jefferson Davis for the Austin State Capitol.  Teich had been paying 75 cents an hour for the other figures he had sent to the capitol. They had taken 4 months to complete.  Coppini negotiated a contract for 3 months at 75 cents an hour and finished the 9 foot statue in 9 days including the armature.

In 1905, Coppini helped preserve the Alamo battle site.  He discovered impending commercial development when asked to execute a statue of David Crockett for the planned Crockett Hotel on that sacred site. With help from the Daughters of the Republic of Texas, specifically Miss Clara Driscoll’s monetary contribution, he was able to stop the project, but he had to forgo the commission to do it.  Later, as a member of the Chili 13 he helped add a party to San Antonio’s annual Battle of Flowers Parade to honor Miss Driscoll, called Fiesta.  The Alamo and Fiesta bring thousands of tourist dollars to San Antonio each year.  Yet, the city of San Antonio is threatening to remove his famous Cenotaph sculpture that honors the heroes of the Alamo.  San Antonio is in the process of rewriting its history and would not be disappointed to erase the contributions of this gifted man. In 2001 the Taliban in Afghanistan blasted two enormous 3rd and 5th century statues of Buddha to powder with anti-aircraft guns with the quote, “We are not against culture but we don’t believe in these things. They are against Islam.”   It’s time we as a culture rise above the destruction of fine art in the name of politics, religion or anything else.

Pompeo Coppini was prolific and has work all over the US and abroad, including his home town of Mora, Italy.  A few of his more notable works are the Littlefield Fountain at the University of Texas, University presidents at Baylor and A&M, as well as the frieze over the Express News Building, the Masonic Doors, and the Alamo Cenotaph…all of San Antonio, Texas.

Coppini believed that, “Art is the human thermometer of virtues, and those who will not try to utilize it for the best that it should register will be unmasked by history, for those who do not believe in it will be totally prevented from appearing before the future. The punishment will be just as severe, for to have lived without making a mark in the book of history is to have lived in vain.” 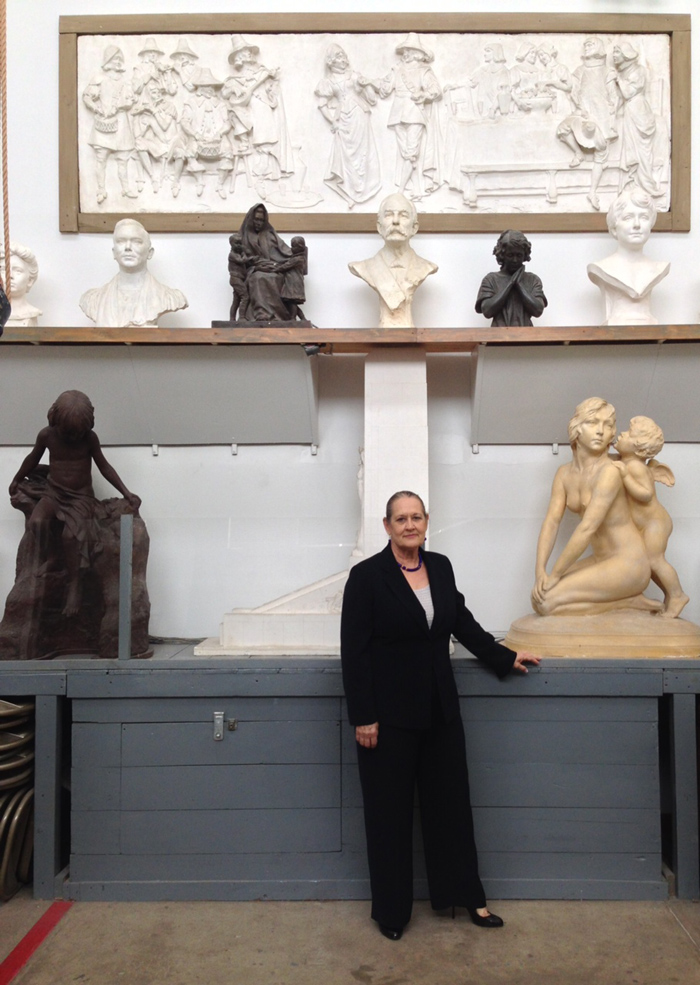 How did the Academy of Fine Arts begin?     When Coppini died in 1957 he left his estate to his wife, Elizabeth, who passed a very short time later.  His estate then went to his protégé, Waldine Tauch, who became such because she promised not to marry if Coppini spent his time to teach her to sculpt.  This promise she kept even though she was in a serious relationship at the time. During Coppini’s lifetime he belonged to an art organization called the Classic Arts Fraternity founded in 1945. That organization changed its name to The Coppini Academy of Fine Arts in 1950, and at Waldine’s death became the benefactor of the Coppini Charitable Trust.

Why is the Coppini Academy of Fine Arts important?     During Coppini’s lifetime, modernists were changing the direction of art from classic to abstraction.  Coppini felt strongly that centuries of compiled knowledge was about to be lost.  He left his entire estate (rumored to be 5 million in 1957) to insure the continuance of classic, representational art.

Why does it exist?     Styles of art come in and out of fashion.   But throughout the changing winds, the quality and humanity of Coppini’s work has always been appreciated by some artists willing to temporarily forgo their own personal goals to keep his legacy alive.

What is the mission and teaching philosophy?     The Coppini Academy of Fine Arts’ mission is to further the interest in classic, representational art through educational programs, demonstrations, and workshops.  The CAFA also serves its artist members by public exhibition of their work.

While I was in San Antonio judging the Membership Show, Hindes was kind enough to give me a tour of the Coppini Academy, It’s a nice space and features a large main studio with North facing windows. Many of Coppini’s exceptional works are displayed throughout the academy and are well worth studying. I learned that Hindes’ presidency is ending in Janurary 2014, so I was curious to know more about the Academy, her job as president, and her art background. 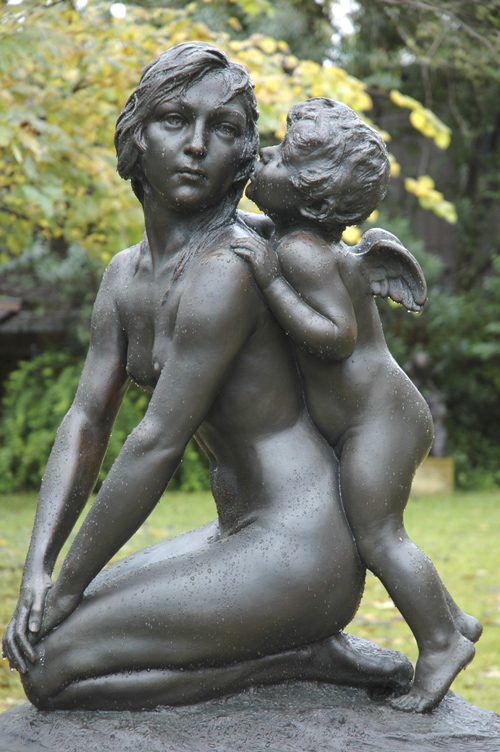 What is your background in art?     My art education is mostly from workshops with professional artists.  Howard Terpning, Richard Schmid, Clyde Aspiveg, Dan Gerhartz, Laura Rob, Scott Burdick, Rose Frantzen, Gregg Kreutz all tried to teach me to paint, bless their hearts.  I have a BS in art through Texas A&M at Kingsville, and I studied one semester at the Lyme Academy of Fine Arts with Dean Keller and the DeGerenday’s.

When did you become president?     I first served in 2000 to 2002.  The academy had fallen on hard times and a group of us came to rescue the leaking roof and dwindling enthusiasm.    I was called back in 2010 in the middle of board terms to consider taking the presidency vacated by a resignation.  I have served since that time.

What are your responsibilities?     I learned from my sister, Neda Hayes, that when you guide any ship of volunteers, you are responsible for anything the rest don’t do.  Since 2010 I have entertained dignitaries, scrubbed baths, stuccoed parts of the building, painted walls, written newsletters, conducted meetings, navigated trust waters, contracted lawyers, hosted exhibitions, bankrolled projects, done advertising, planned and cooked dinners for patrons, washed table cloths, hammered, screwed and plastered, answered phones and planted and watered the garden.  I had to cut it once.  When an event is imminent, you just do whatever is needed to make it look as good as possible.  I also teach three classes a week.  Obviously, when the job description is that varied and time consuming, you seldom do a stellar job at anything.  You just do the best you can.  Thanks to some great volunteers, I have been saved from doing any great permanent harm , least I’m claiming such.

How many instructors are at the Academy and what qualifications must they meet?     Presently we have seven faculty members.  To instruct, a presentation packet is made to the Executive Board for review.  Neither certification nor experience is an overwhelming consideration, but nice to have.  That is the lovely thing about art.  The proof is in the pudding.  If you can do good art, it’s obvious and the rest doesn’t matter so much.  Determining the quality of art is not the difficult part.  Determining whether an artist can teach is the hard part.  Currently the board is recommending that artists, who pass the first part of the process of acceptance, teach a workshop at the Coppini so that both the artist and the Academy can determine if the relationship is beneficial. 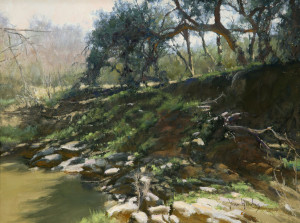 For students at the Academy, what do you expect them to learn and what is expected of them?     Currently, our faculty determines the scope of their own classes.  For my classes, I expect my students to learn about:

3. Palette limitations (tinted white paint has to stand for the brightest of sunlight)

5. The value and pleasure of doing art

The Academy however provides free life drawing sessions for college and high school students two nights a week.  We do this to encourage working from life and to have them enjoy and experience an historic, north-lit, classic studio.  Putting youth in connection with quality art from the past has resulted in 36 new student members this year.  We are fortunate that our organization is growing, and growing with youthful members.  Younger artists are also joining as artist members.

Now, all of the above is background for why it was such an honor to be selected as judge for the Coppini Academy of Fine Arts Membership Show. This was a big deal for the membership, and those that entered, because it is the first year a gallery has hosted the event. 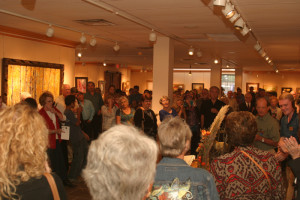 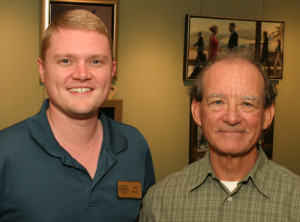 The opening reception was held in the beautiful Greenhouse Gallery in San Antonio. Around 60 works were selected for display and my job was to select a Best of Show, and then the best in each of five categories: oil/acrylic, pastel, watercolor, drawing, and sculpture…an enjoyable challenge…and now, THE WINNERS: 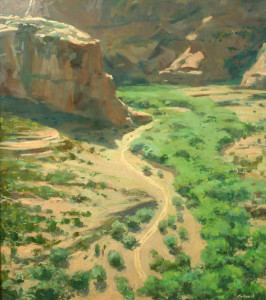 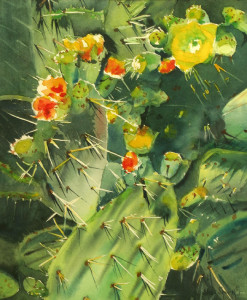 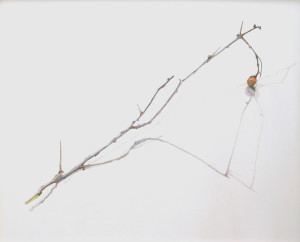 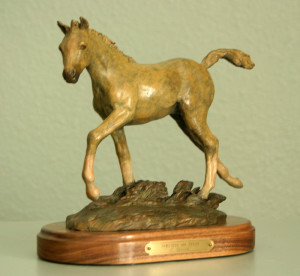 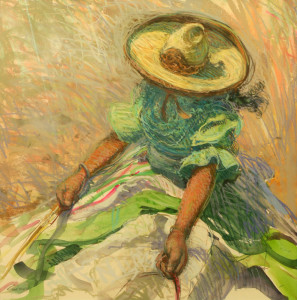 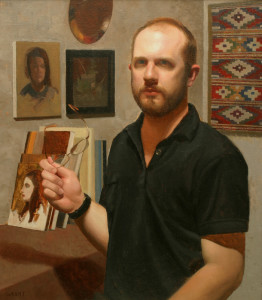 Congratulations to each of the winners. Hindes points out that two of their new young student members were award winners: one winning Best of Show, the other Best Drawing.

Special thanks to the Coppini Academy, Janice Hindes, and to the owners and staff of Greenhouse Gallery.

To view his work and bio, please click HERE

Next week this blog will feature a wonderful two-part interview with master framer, Deborah Hill. You won’t want to miss it.