“I’m not heavy, deep, or profound, but I have something to say, and I say it through my art.” 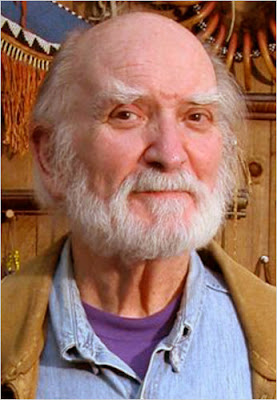 Paul Calle
I learned just this past week that Paul Calle died of cancer on December 30th of last year, at the age of eighty-two.
I had the good fortune of meeting Paul and his wife, Olga, in 1984. I had been invited to accompany a group of artists to Spain and Portugal for two weeks of painting. There were 19 of us. Along with Paul, the group included: Ken Riley, Paul Strisik, Glenna Goodacre, James Boren, Ray Swanson, John Asaro, Nancy Boren, Dalhart Windberg, Dave Halbach, Dwayne Bryers, Roy Grinnell, Mimi Jungbluth, Mike Desatnick, Lowell Ellsworth Smith, Tom Hill, Gerald Fitzler, and Joe Bohler…a very talented group to say the least.
Some have since passed on…and now, Paul Calle. 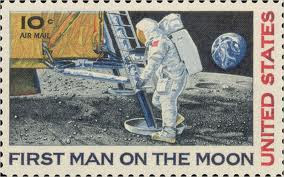 When I was a young illustrator, I had a huge file containing many of Paul’s illustrations, clipped from magazines.
His accomplishments are enormous.
Born in New York in 1928, he studied art at the Pratt Institute and served in the Korean War as an illustrator. he created 40 US Postage Stamps, the most famous being, “First Man on the Moon”, of which 150 billion stamps were produced. We could say that Calle might be the most reproduced artist in history. Surely, more folks have purchased his work than that of any other artist. 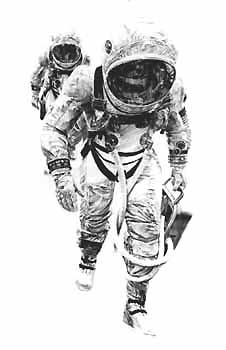 In 1962, Calle was one of eight artists selected by NASA to “record for history, space exploration through the eyes of artists”. He was later given exclusive access to the astronauts as they made their final preparations for the historic Apollo 11 mission to the moon and when Russia and the United States worked together on the Apollo/Soyuz program, it was Calle who accompanied the US astronauts to Russia in order to document their training with the Soyuz cosmonauts. Later, he was named Chairman of the Department of Interior’s “Artist in the Parks” program. 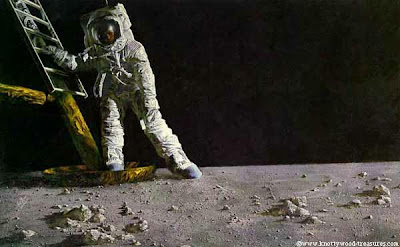 The Great Moment
His works have appeared in Time, National Geographic, Saturday Evening Post, Boy’s Life, McCalls and many other national publications. 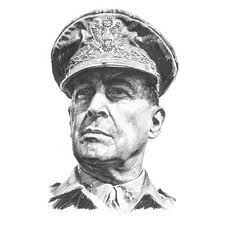 Douglas MacArthur
He’s the author of two books: “The Pencil”, which has been translated into French, Chinese and Russian, and, “Paul Calle: An Artist’s Journey“, winner of the Benjamin Franklin Award for Fine Arts in 1993. Another fabulous book in which his work is well represented is, “Eyewitness to Space”. 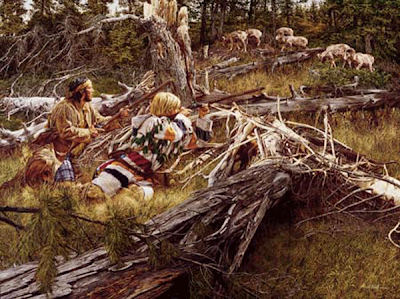 Hunting the Bighorn
He entered the fine art field in the mid-70’s. Although his work remained somewhat illustrative, he rapidly rose to the top of Western Art through his highly detailed depictions of fur traders and mountain men of the American West. 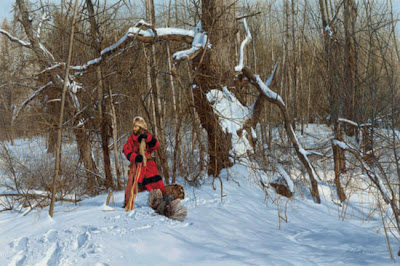 Edge of the Mountain
“I have always likened the image of the mountain man John Colter, his moccasin clad foot first stepping on the newly fallen snow of Yellowstone Valley, to the Moon boot of Neil Armstrong, stepping in the dust of the moon’s surface at the Sea of Tranquility…two worlds apart yet each at the edge of a new frontier.” 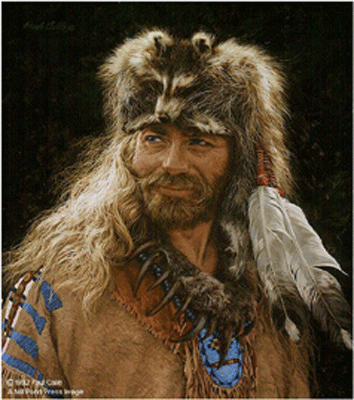 Grizzly Claw Necklace
Calle’s western paintings are in the permanent collections of the Gilcrease Museum and the Booth Western Art Museum. Other works may be found in the Aeronautics and Space Administration, The National Portrait Gallery, The Smithsonian National Air and Space Museum, and the US Department of the Interior. 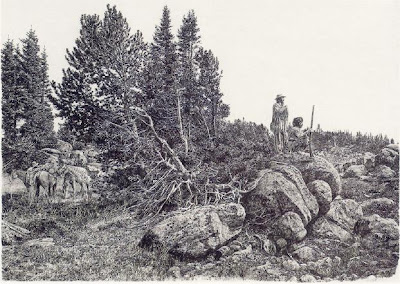 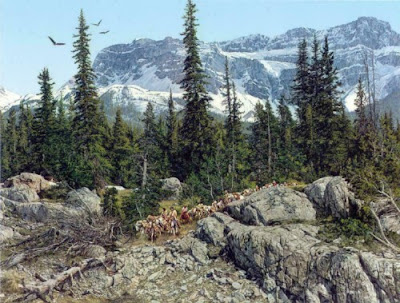 Where Eagles Fly
“If I had to state a goal, a hope pertaining to my work, my aim would be to help keep alive that huge reservoir of our past, to draw strength and sustenance from it, and build upon it in ways that are new and different, but not to reject it.”
To receive my monthly newsletter, please click HERE
Tweet
&description=Paul Calle" data-pin-do="buttonPin" data-pin-config="beside">