Questions and suspicions often arise when one’s work gets rejected from an art competition. It’s normal, particularly when you believe your work is worthy of recognition.

Thoughts of favoritism are a major suspicion. “The judge surely makes certain that his friends are accepted…and that they receive awards”, is often the charge. The other concern is that work is judged by category and only so many pieces are accepted based on subject or medium. Others assume that the judge only favors work that is similar to his.

I’m certain there are grounds for these suspicions knowing human nature, but I have found no justification for such concerns when it comes to Oil Painters of America judging.

I was recently asked to be on the selection committee for the OPA Western Regional Competition. I’m not sure how many artists were on the committee, but back in 2011 when I last served, there were five of us, so I assume that has not changed. If you think about it, that too is a safeguard; those on the selection committee were not told who the other judges were, so there was no temptation to confer with one another. 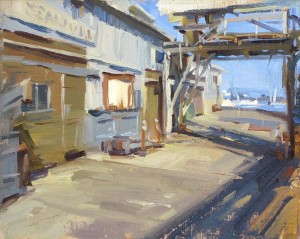 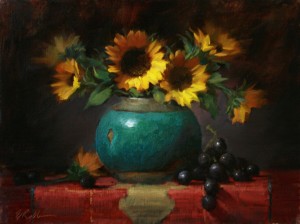 OPA has done a really good job in making the whole judging process leading up to the final show as impartial as possible. I can only speak to the selection process, not to the judging for awards which is handled differently.

Those chosen for the selection committee this year were asked to look at 723 entries. All the images were available to be viewed online via Juried Art Services. We were given a Username and Password to gain access. 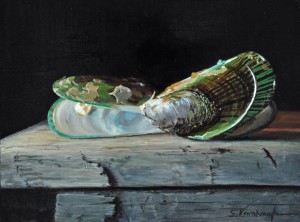 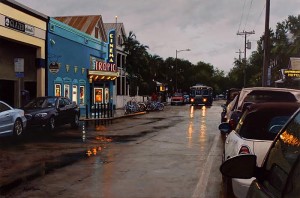 In Round One, we were simply asked to vote “yes” or “no” on each piece based on a scale of 1-5 for design and execution. In order to make fair judgments we first reviewed all 723 entries in order to gain a feel for the overall quality.

These were question we were asked to answer:

Design:   Is there a dominant value, dominant harmony, clear center of interest, balance, and do the shapes and lines lead the eyes to focal points within the picture plane?

Execution:   Is the drawing accurate, value relationships convincing, color temperature consistent and believable, appropriate variety of hard and soft edges, and is the paint application varied and interesting?

When all the results from Round One were tabulated, the top 200-300 were selected. How was that done? For example, if an image received two “yes” votes and three “no” votes, the chances of that image making the final cut was pretty slim. My guess, based on what I reviewed, it would probably have taken a minimum of three“yay’s” out of five to have any chance for Round Two. Another important point, all jurors, if they had a piece entered, were instructed to vote “yes” for their piece. One prominent artist that once served on the selection committee told me that his piece still got rejected. 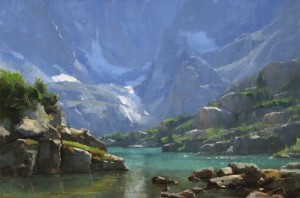 In Round Two, there were 279 images to be reviewed, culled down from the original 723 entries. Judging in Round Two was much more difficult. This time we were asked to judge each painting on a 1-7 scale in the following categories: Design, drawing, values, color, center of interest, variety of edges, and paint application. Guidelines for the numbering system were as follows:

One represents a painting that is weak in all or almost all of the above areas.

Two – a painting that is weak in most areas.

Three – a painting that may be competent in a few areas, but overall, is weak

Four – displays knowledge of the fundamentals but overall is mediocre.

Five – competently handled in most areas.

Seven – outstanding and skillfully executed in virtually every area, top 1-3%

I found these guidelines most helpful in being able to establish the average and thereby remain consistent throughout the voting process. It was best to break the judging down into bite size pieces, otherwise it became overwhelming. Also, if you made the top 279, the art was already pretty good and therefore more difficult to distinguish subtle differences that would set one piece above another. 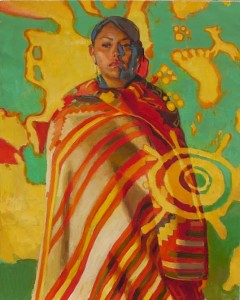 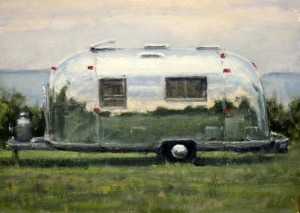 The ultimate goal was the selection of the very best, the top 100 pieces. I feel confident that the paintings that ultimately made it into this show are the best of the 723 works originally submitted, AND…the judging was totally fair and above board. Congratulations to OPA for their impartial selection process and for giving me the privilege of being involved.

…and congratulations to each of the Western Regional award winners.

So, in response to those that miss out on being accepted into OPA competitions year after year, there is the possibility I suppose that the stars are just never aligned properly for you when the competitions roll around, but…and you may not like this…it’s also possible that the work is just not good enough. What’s that mean for you? Get to work!

Sorry I’m not able to show you the work of the gold (John Richardson), and bronze (Andrew Lu) winners, as I was not able contact or to receive approval to publish their winning paintings.