I first heard the term “Naturalism” in 1987 when the designation was used to describe my work in a Southwest Art magazine article. Coincidentally, around the same time, Texas real estate developer and art collector, Joe Marchman, who had assembled a beautiful collection of Naturalism paintings, invited me to come see them. I was overwhelmed by their beauty and sheer excellence.

I appreciated the magazine associating my work with Naturalism. At the time, I thought it affectively described my work but after seeing the real thing I came to realize what I do does not totally encompass the full definition…the most notable difference being the degree of finish. But hey, I still like the appellation. I’ll just use it with a small “n” as in naturalism. (Click images to enlarge)

I want my work to feel very natural with minimal embellishment of the subject, depicting it as it is…paintings that feel natural and real.

Naturalism evolved from what began in Barbizon, France in the first half of the 1800s. As mentioned in last week’s blog, “The Barbizon Influence”, artists were tiring of classicism, a formalized, idyllic presentation of the subject. So, a group of like-minded artists gathered in Barbizon for one reason and one reason only…to get back to nature…painting what was real, as they saw it. 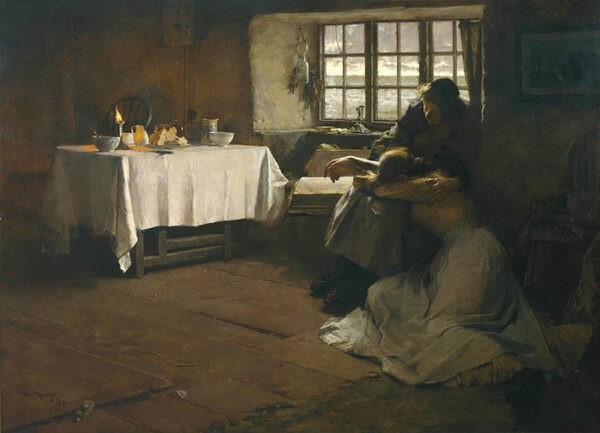 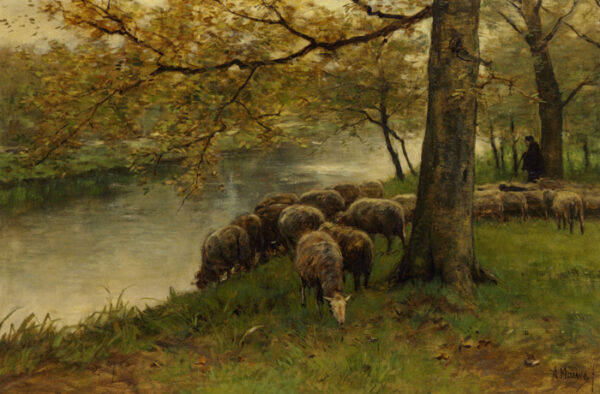 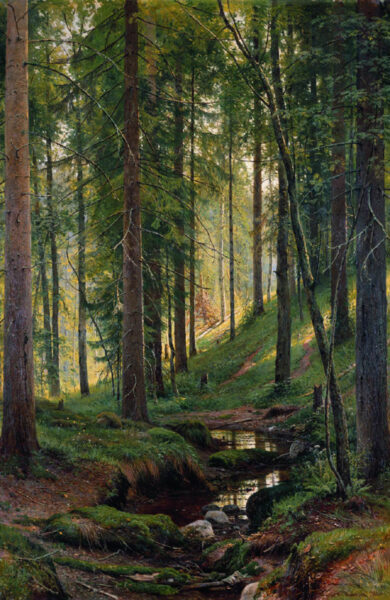 The term “Naturalism” was coined in 1868 by the French writer Emile Zola. He wrote a defense for a group of Naturalist writers to whom he had the honor of belonging. The term he coined was applied not only to literature but eventually to painting as well. Both groups were concerned with representing life as it really was, depicting nature and people with the least possible distortion or interpretation, and with almost photographic detail. 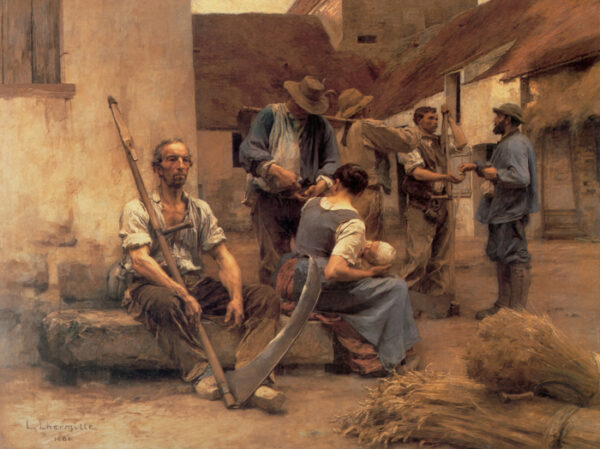 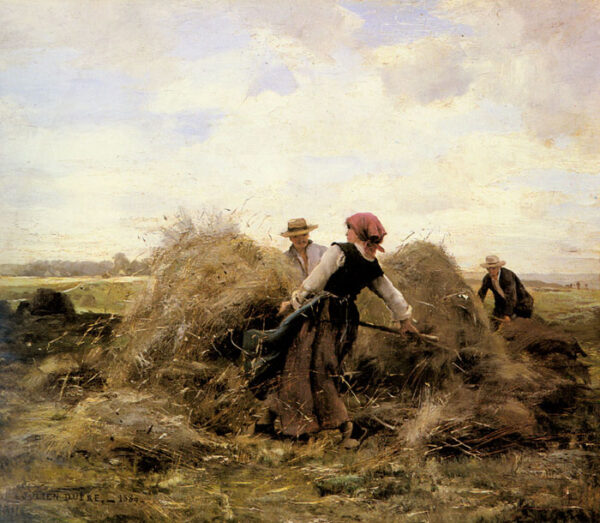 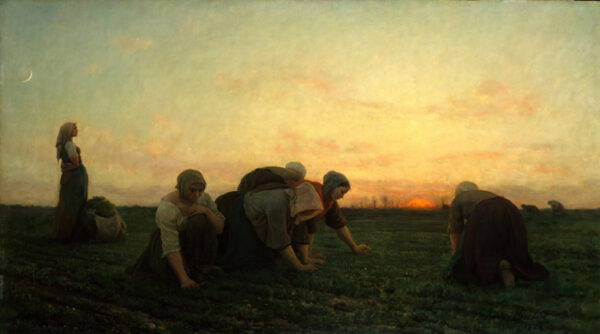 Due to a rising middle class in France, writers and critics, were calling for a less idealized view of life…a modern, more scientific, factual reality. The culture of the time was changing.

“Depictions of French peasant life in the 19th century not only endorsed the social order, but they were also culturally proactive. As the countryside was depopulated in favor of the industrialized cities, peasant life assumed mythic status.” (“Rural and Urban Naturalism” – Page 10) 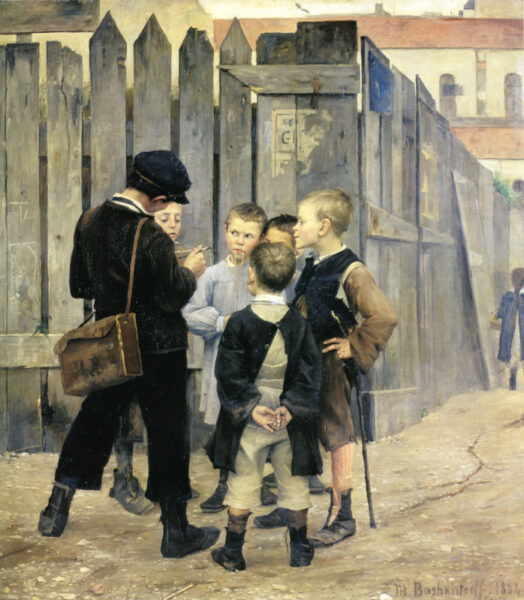 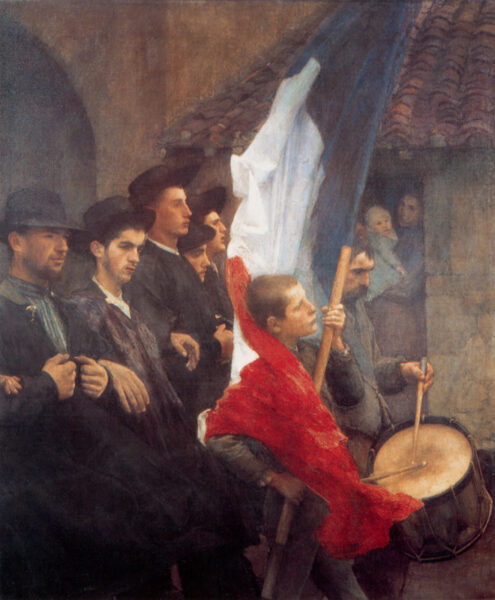 As the movement spread internationally it was not without its detractors. Some considered the depiction of “common folk” as an unworthy subject…even ugly.

English painter, Stanhope Forbes, responding to criticism over one of his paintings said, “To those who fail to see the beauty of the common things around, who assert that such stories are not worth telling, I reply that every class of life, every aspect of nature, has a beauty of its own, separate and distinct in each. Our rustics are not Greek gods, but their healthy sunburnt faces are handsome; and though our country peasant women have not the elegance only natural to those who have led lives of ease, their unstudied action is beautiful in its way.” (“Rural and Urban Naturalism” – Page 12) 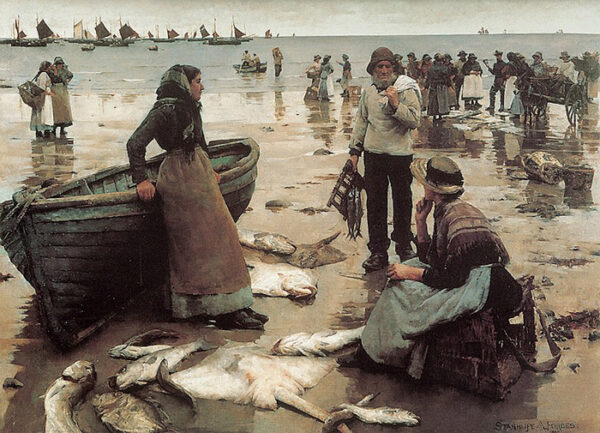 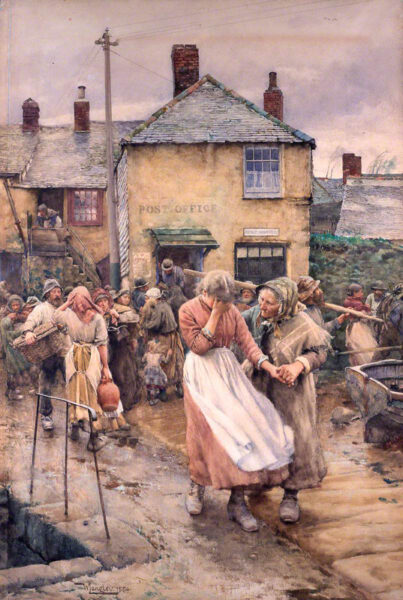 Unfortunately, Naturalism was short-lived, beginning in the 1870s and lasting only about 20 years…eventually giving way to Impressionism. 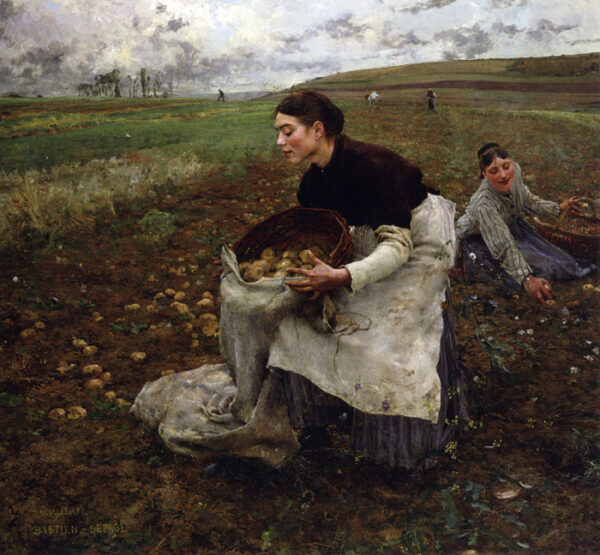 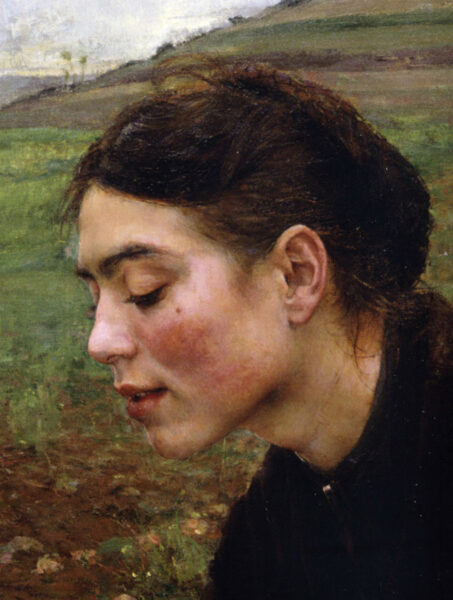 One of my absolute favorite art books is called, “Beyond Impressionism, The Naturalist Impulse” by Gabriel Weisberg. I liked the book so much, I later purchased another, just in case the first one wore out.