I have had the pleasure and honor of interviewing over 100 artists for this blog over the years. One thing I know for certain, everyone has a story and each one’s journey is unique and interesting. Still, it’s with some trepidation that I share some of my story with you, maybe because I fear you may not find it interesting, but more importantly that it will seem somewhat self-serving. I comfort myself and justify the decision to go ahead and share the story because I believe what I said above in the second sentence.

I’ve divided my story into four parts. The interview was conducted by Randall Cross for the Smith Public Library and The Wylie Historical Society as part of an oral history project. Since I write better than I speak, I have taken the liberty to edit, clarify, elaborate, even include images, in order to more fully respond to Randall’s questions.

I hope you find my story…well, you know. (Click images to enlarge)

Ok, why don’t you start by telling me where you were born?  I was born in St Ives, Cornwall, England. My dad was in World War II, in the military stationed in England. He met my mother, who was a nurse, and my dad was in the medical corp. They met, married,  and I was born there. The war ended in 1945 and my dad came back to America and purchased a house in Wichita, Kansas. My mother brought me over on the Queen Mary, which is now docked in Long Beach, California. She was one of those notorious British war brides. I was just a baby, probably five months old. 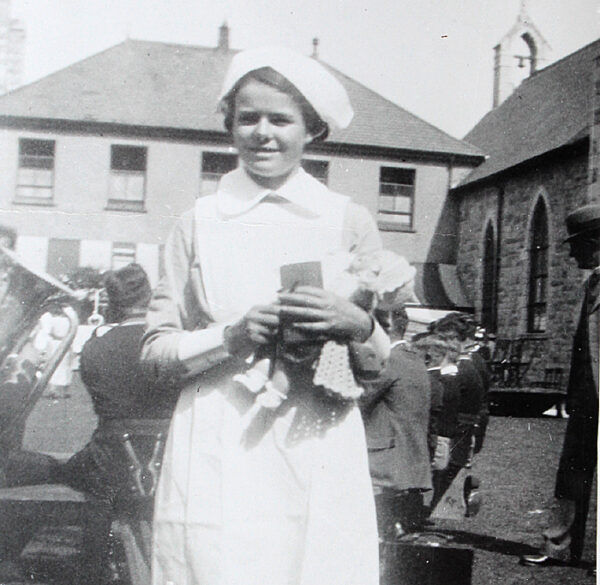 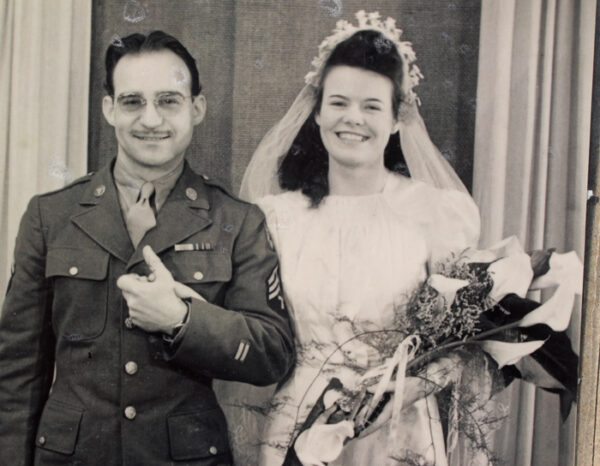 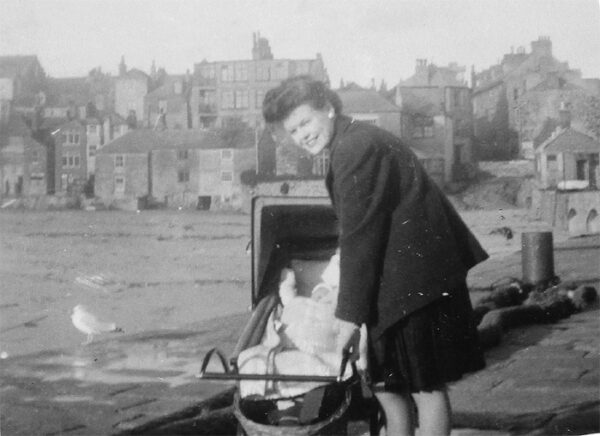 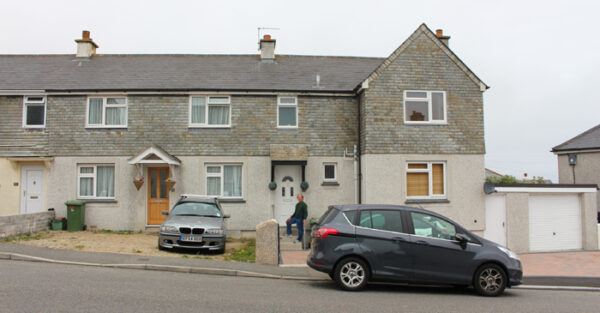 This is the house in which I was born, as seen in 2015. The room on the upper right is where I entered the world in November 1945. 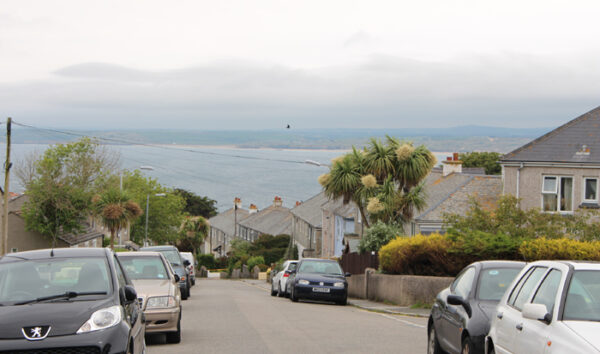 View down the street from my place of birth. 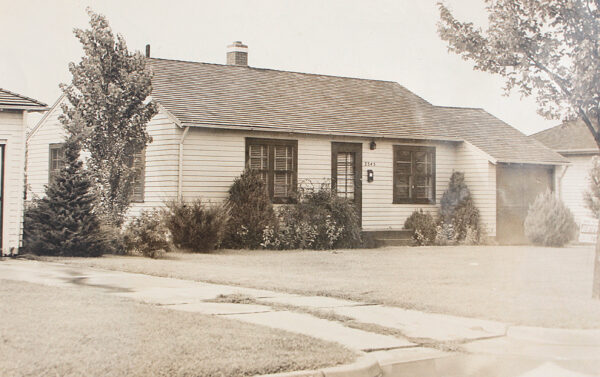 Our first house in Wichita, Kansas

You were still a baby?  Yeah, when I came over.

Now, your dad, did he have work lined up in Kansas?  Yes, he was in the printing business, so he had work as a linotype operator with a local newspaper, I think it was with the Wichita Eagle newspaper.

Where was his family from?  My dad’s family was from Yugoslavia, which since was divided into Slovenia and Croatia. The Pototschnik name is Slovenian. My dad’s mother was from Graz, Austria. They came to America around the time of the first world war, I think. My grandmother had a sister in America so they resided in Pittsburg, Kansas, which is in southeast Kansas.

How long was your father in the printing business?  Pretty much my whole childhood. I think it was in 1965 that my parents moved to Dallas and dad took a job with the Wall Street Journal. He eventually switched professions and went into a TV rental business.

Do you have any brothers or sisters?  I have one brother, two years older, and a sister three years younger. 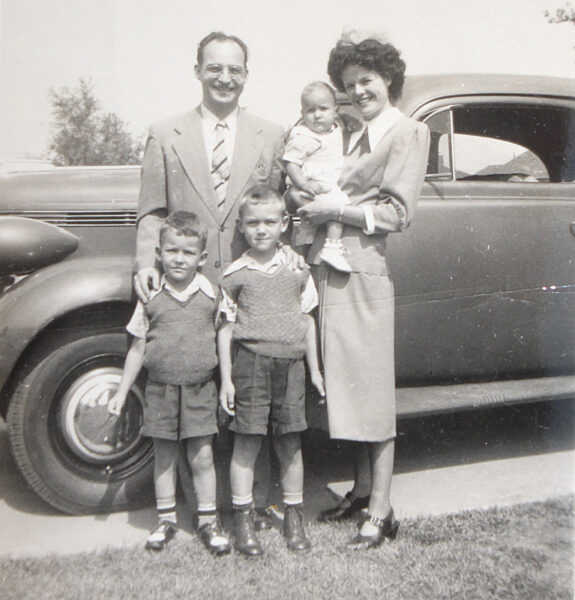 Mom and Dad with my older brother and baby sister

What was it like growing up in Kansas?  I liked it. Wichita was smaller. It was years ago, so it was a smaller town. I call it a happy time because you just didn’t have much of the concerns that you have now. I feel like it was a time of safety. I remember going door-to-door selling my mom’s homemade cookies. I also had two paper routes and went door-to-door at night collecting money from the newspaper subscribers. I wouldn’t even think about allowing my kids to do that now. In high school, I sold magazine subscriptions and was the top seller in the whole school. It was just a neat time, I think. At least, I have good memories, but then as a child you think everything’s good. But, I remember it as a really good time.

Do you think that kind of small town feel continued to have an appeal to you later in life?  Absolutely, I think that’s a big reason we came to Wylie. When we first came to the Dallas we moved to Garland, but my wife and I liked the country life. She also grew up in Wichita so we came from similar backgrounds. Her dad was selling real estate to farmers, so he was out in the country a lot also and my wife would sometimes travel with him on some of those trips. So, we both loved the country and Wylie at the time was small and it gave us the opportunity to move to the country.

What about family traditions? Any that stand out in your mind, maybe something from your mom’s side?  My mom loved traditions. She loved all the holidays, so Christmas, Easter, and Thanksgiving were huge with us. We’d always have very nice meals and family get-togethers and all that. It was just all important. She was a great homemaker and mother. We were always kept clean. She would iron everything and mend holes in everything rather than throw it out. It was a different time.

Tell me about how you got started painting?  Well, when I was in high school I had no intention or thought of becoming an artist. Growing up, as a family we didn’t really attend museums, so I had little exposure to the arts growing up. When I was in school I just liked to draw…cars and planes mostly. The encouragement from fellow students was pretty good so I joined the poster club and got to draw even more. By the time I went to college, I had no idea that one could make a living as an artist  so I went into business administration. Actually, I started studying accounting, deciding on a degree in business. After a semester of that I was very unhappy so I went to my student counselor and asked if he could give me some direction. I was given a few a tests which showed that I liked creating things with my hands. As a result I dropped my business major and switched to art. I took printing, woodworking, metalworking, sculpture and drawing classes. There I discovered what I really preferred was drawing. That’s how it began. While in college I also went through the ROTC program, so upon graduation I took a commission in the Air Force as a Second Lieutenant.  I was stationed in California. It was during the Vietnam War. I was also an athlete at the time, and all the Armed Forces had a special services program for athletes. They used it as a recruiting program to entice other athletes into the military. I was assigned to the Los Angeles Air Force Station as an information officer. I was allowed to train in the mornings and do information duties in the afternoon. I was responsible for community relations, internal and public information, creating and publishing the base newspaper, and also  being the supply officer for our department. Being responsible for the base newspaper provided many opportunities to provide drawings. One of the best art schools in the country was in Pasadena, California, so I took art classes there at night; that’s where I really started to grow as an artist. I stayed plenty busy. Growing up, my dad being in the printing business, had artist friends who tried to discourage me from an art career, but when it becomes a passion, you pursue it regardless of what others say you should do. While in art school, I learned more and more about the field and how to create. I fell more and more in love with it. All through college I was told you’ll never make a living in the fine arts, so I went into the commercial side of art. When I left the Air Force and moved to Dallas, I started as a freelance illustrator. A freelance illustrator produces drawings/paintings for books, magazines and advertising. They work with art directors through ad agencies. I was hired as a freelancer to create drawings/paintings for a great variety of printed material; even did storyboards for TV commercials. I did that for ten years and then in 1982, I saw a lot of the former illustrators moving out of illustration into the fine arts. Illustration was really changing at the time because computers were coming in. The way of producing art was changing and photography was really taking more and more work from artists like me. The fine arts was something I had always wanted to pursue, even from the beginning, so in 1982 I had the courage to make the switch. 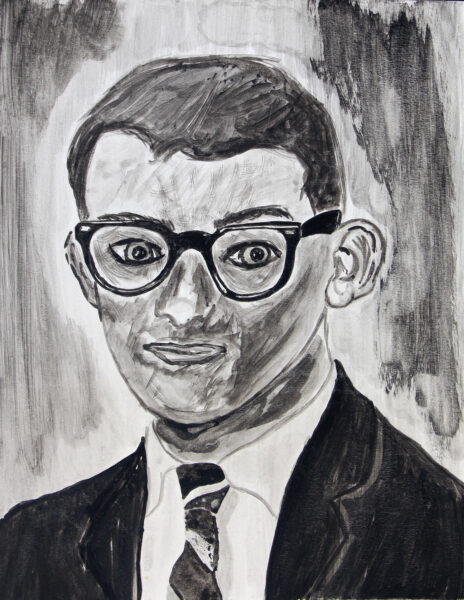 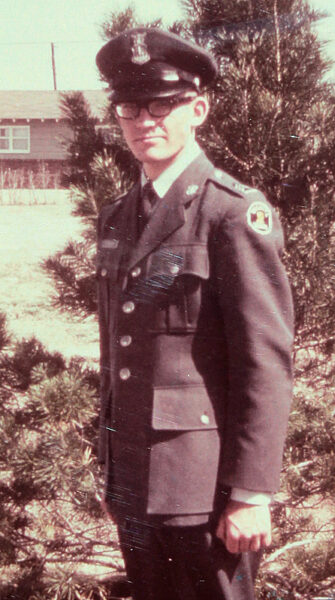 So, that was really something that you always wanted to do, but it was a matter of being a commercial success?  Yeah, if you remember back at the time, particularly when I was in college, all of the work was abstract expressionism. You really didn’t get a great education in drawing because everything was bent that way. The students in college art programs, if they wanted to seriously study drawing and painting, and learn how to make a living at it, that was being taught on the commercial side. It was a practical decision to go commercial. The fine art department had few rules and allowed students to pretty much produce whatever they wanted and it was left up to them to figure out what to do with it. Conversely, on the commercial side we learned what it took to provide a saleable product. It was really important one learned how to draw, to understand proportion and perspective, color, design, and all that. A lot of emphasis was placed on that. 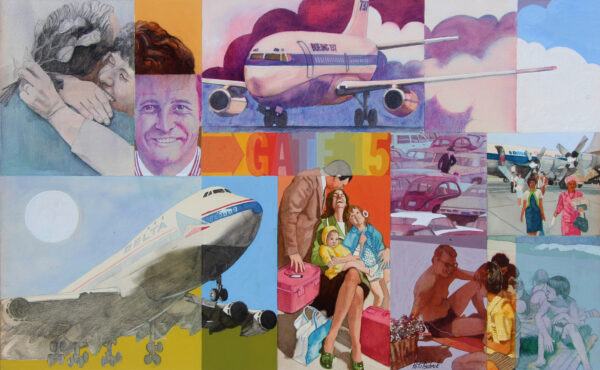 One of my portfolio pieces as I began my commercial art career. In this one piece I was demonstrating a variety of techniques and media.

Do you think that is still the case, or have we swung back to where fine arts is more important in our education?  I think any art education is really important, but it needs to be based on sound principles rather than just emotion. In other words, creating art is not only emotional but also intellectual and technical. I think there are guidelines, foundational principles of creating a good piece of art. Those are the things I think need to be taught in any art program because it helps one appreciate what they are seeing every day. We oftentimes just pass over that stuff and ignore it.