One could make a pretty good case for me being a “glass-half-empty” kind of guy, particularly when it comes to discussing the condition of my beloved country.

The “half-full” guys look at charts, graphs, science, history, and technology, and declare there has never been a better time than this in human history; whatever problems there are or will be, they will be solved and overcome just as they always have. This “half-empty” guy looks below the surface and sees an underlying spiritual decay. Individual spiritual decay leads to societal decay, and decay leads to death.

The nation’s Founding Fathers were aware of man’s proclivity towards sin and therefore established a government ruled by law, but with built in restraints. Alexis de Tocqueville stated that liberty cannot be established without morality…nor morality without faith. He also said, as most of us know, “America is great because she is good. If America ceases to be good, America will cease to be great.”

With lawlessness on the increase…man doing what’s right in his own eyes, I do not see a good America. Unless there is a true spiritual revival, a turning to the God of the Bible, I will remain a “glass-half-empty” kind of guy.

I think the following quotes from some people that loved this country are pretty telling. Which one of these does our country continue to embrace?

“The government is merely a servant, merely a temporary servant; it cannot be its prerogative to determine what is right and what is wrong, and decide who is a patriot and who isn’t. Its function is to obey orders, not originate them.” 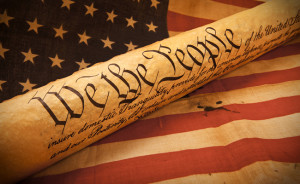 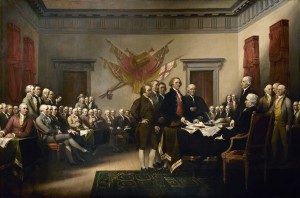 Committee of five presenting their draft of the Declaration of Independence. Painting by: John Trumbull.

“No people ever lost their liberties unless they themselves first became corrupt. The people are the safeguards of their own liberties, and I rely wholly on them to guard themselves.”

“He who does not offend cannot be honest” 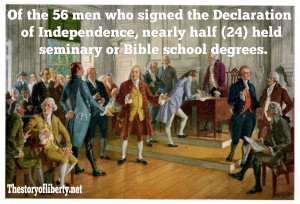 “The natural progress of things is for liberty to yield and government to gain ground.”

“Educate and inform the whole mass of the people. They are the only sure reliance for the preservation of our liberty.” 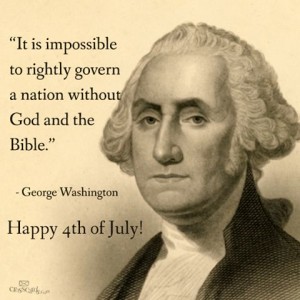 “All government, of course, is against liberty.”