It seems to me that when considering the afterlife, if one believes in such a thing at all, most folks believe there’s a heaven…but not so much the other place. An article, recently read, stated that fewer Americans than ever believe in God or even pray, up five-fold since the 1980’s; yet 79% of Americans believe they’re going to heaven.

I have heard quite a bit lately, when a loved one has passed away, that “they’re in a better place”. I am really, really tempted to ask, “Based on what?” That question, of course, and the answer to it, would be based on my understanding of the Bible, particularly the New Testament, and what it says about attaining heaven/eternal life.

Now of course, the Bible itself is often ridiculed and disbelieved. Therefore, to those that hold that position, its authority on such matters is less than creditable. However, there is so much evidence that it is indeed God’s Word…well, for me, it’s just beyond question. So, my comments here are based on the Bible and my high regard for its truth. When answering this question, “Just how good is good enough?”, I would say it depends on what we’re talking about. 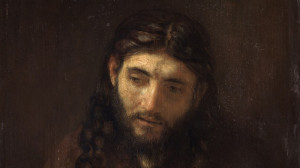 At least in school we know what’s good enough, but when it comes to eternal matters…uh, umm…not so sure.

Most people seem to believe in heaven and think that a lot of us will probably end up there. Fewer folks believe in hell. When asked how someone gets to heaven, the typical response is, “You have to be a good person.”…and almost everyone thinks they’re a pretty good person…at least good enough to make it through the Pearly Gates. 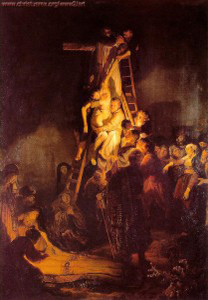 You know, I have just never read anywhere in the Bible, and I’ve read it several times, that God has said 70% is good enough for attaining eternal bliss. Yet, a lot of folks would suggest that if the good works outweigh the bad, then they’re as good as in. Well, in that case 51% should be good enough…or maybe even 50.00001 percent. But then, how do we know that we hit 50.1%? We sure can’t be the judge, for we can’t remember even in general terms every thought, word, and deed of our lives just from yesterday…so surely not since our birth. Many believe however that God is a God of love, and probably merciful. So even if our accounting is faulty, surely He’s understanding enough to let us in if we did good stuff 49.99999% of the time…wouldn’t He?

Well, we just don’t know for sure. It’s kind of like some of those bicycle races I used to participate in which they had surprise sprints throughout the race for additional prizes or points. One didn’t know for sure when they would be announced, so you had to be on your toes all the time or you’d miss out on the reward…and none of us are ‘on our toes’ all of the time…and to make matters worse, we don’t know when our time is up.

Now, one would think, if indeed God is good and loving and has offered us eternal life with Him in heaven, surely He would tell us how He grades. Is it a straight percentage or does He grade on the curve? Just how good can He really be if He doesn’t tell us what’s good enough? 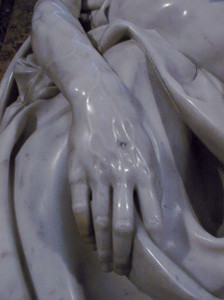 Now for the good news. That’s what the Gospel is, by the way, Good News. It is really Good News when we realize that we all miserably fail the test, but God Himself through His Son, Jesus, stepped in and took the test for us…and guess what? He got 100%…and it’s all legal. We can accept the grade as our own and not be accused of cheating.

How in the world is that possible? It’s called substitutionary atonement.

Without going into the whole background of the fall of man, most people will agree that they’re not perfect, we’ve sinned. God in fact says, “There is none righteous, not even one”….”There is none who does good, there is not even one.” That pretty much declares as a lie the contemporary belief that “man is basically good.”

We’re all in quite a helpless predicament . It’s impossible for us to be good enough, so God in His sinless perfection, love and mercy sent His only begotten Son in the form of a man to be our representative, our substitute, and take upon Himself all our sin and also the sin of the world…past, present, and future. In His sinless perfection, Jesus was an acceptable sacrifice. Through His horrific, obedient death, God’s justice was satisfied. Jesus was buried and if everything had ended there, we’d still be in a most miserable state. 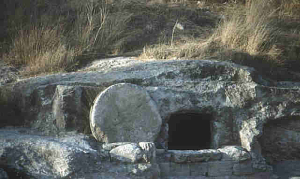 The really, really good news is…the Father showed approval of His Son’s sacrifice by raising Him bodily from the grave after three days. It is the resurrection of Jesus from the tomb that is the Father’s ultimate stamp of approval. No other religion can make such a claim and back it up with evidence. 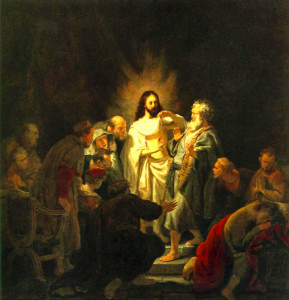 So, what do we do with all this? Here, I’ll let the Scriptures tell you.

“The person whose ears are open to My words (who listens to My message) and believes and trusts in and clings to and relies on Him Who sent Me has, (possesses now) eternal life. And he does not come into judgment (does not incur sentence of judgment, will not come under condemnation), but he has already passed over out of death into life.”  (John 5:24)

This time of year, in the Spring, we celebrate the risen Savior, the One of Whom it is said,

“He was pierced through for our transgressions, He was crushed for our iniquities, the chastening for our well-being fell upon Him, and by His scourging we are healed”

….and because He is risen, we too are promised new resurrected bodies suited for eternal life with our Savior, Christ Jesus… if we receive and trust in Him. 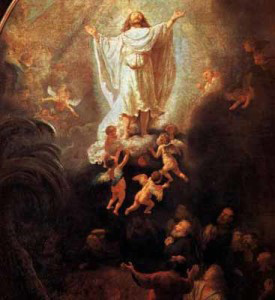 “For God so loved the world, that He gave His only begotten Son, that whoever believes in Him should not perish, but have eternal life.”

How good is good enough? Hopefully this helps. Blessings to each of you.

How Good is Good Enough by Andy Stanley