There was a certain man who walked this earth many years ago who went about doing good. Some called him a prophet, others considered him a holy man and a great teacher; many recognized him as something more…one sent from God, even…the Son of God.

The things that he did were extraordinary. Even though they were seen by many, the things he did were considered unbelievable and impossible…things beyond the natural…miracles. 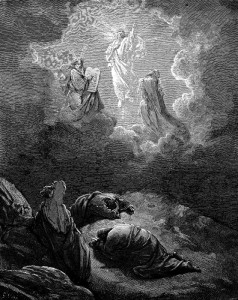 The transfiguration of Jesus

His close friend, John, said that there were so many other things his friend did, which if they were written in detail, he figured that even the world itself would not contain the books that would be written. 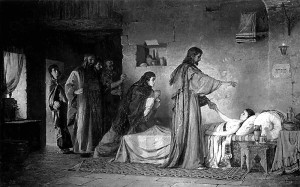 The resurrection of Jairus’s daughter.

Despite all the good he did, people hated him. They hated him because his teaching turned their world upside down, threatened their position, authority, and did injury to their pride and self-righteousness. He was mocked, spit upon, ridiculed, cursed, and falsely accuse by those that wanted to do away with him. However, it was obvious to many others that the miracles he performed could not have happened unless God was with him.

A man named Isaiah spoke of one who would come that would be anointed by God to bring good news to the afflicted, bind up the brokenhearted, proclaim liberty to captives, freedom to prisoners, and proclaim the favorable year of the Lord. Well, the man arrived and still people were not convinced, they always wanted just one more “sign”…more proof. It is said of these people, and people like them…”Even if one is raised from the dead they will not be persuaded to believe in Him.”

This man, named Jesus, had a good friend whom he loved, named Lazarus. One day Lazarus’ sisters sent word to Jesus that their brother was very sick; however, shortly thereafter he died and was buried. As Jesus went forth on his way to the tomb where Lazarus lay, he was met by one of the sisters who said, “Lord, if you had been here, my brother would not have died.” “Your brother will rise again,” he said, for “I am the resurrection and the life; he who believes in Me will live even if he dies, and everyone who lives and believes in Me will never die.” 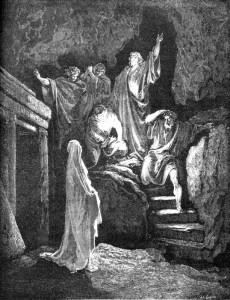 Raising Lazarus from the dead.

This statement was followed by a question that all of mankind throughout history must answer, “Do you believe this?”

In a massive wake up call to all those who still did not believe in Him, and needed yet another “sign”, Jesus, in a further demonstration that He was indeed sent to this earth by God, cried out in a loud voice, “Lazarus, come forth.”…and he did, totally wrapped up from head to toe in burial cloth.

Those that were not persuaded continued on in their disbelief; they eventually had their way and did away with the man that so offended them. He was crucified, He died, and He was buried. “Ah! We’re done with him for good,” they thought; but then, three days later the man, Jesus, came out of the tomb alive, not by any effort of man or some magical trick, but raised by God Himself. The resurrection is eternal proof that Jesus is indeed the Son of God and we would do well to heed His words and trust in Him. “Blessed are they who did not see, and yet believed.” 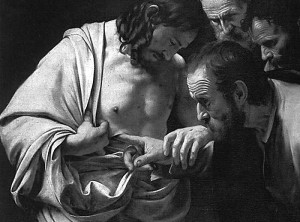 Blessed are they who did not see, and yet believed. 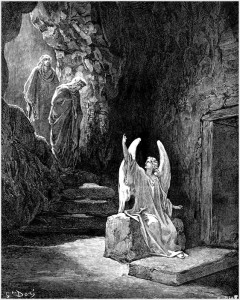 He’s not here, He has risen.

“I am the good shepherd; and I know My own, and My own know Me, even as the Father knows Me and I know the Father; and I lay down My life for the sheep. And I have other sheep, which are not of this fold; I must bring them also, and they shall hear My voice; and they shall become one flock with one Shepherd. For this reason the Father loves Me, because I lay down My life that I may take it again. No one has taken it away from Me, but I lay it down on My own initiative. I have authority to lay it down, and I have authority to take it up again. This commandment I receive from My Father.” 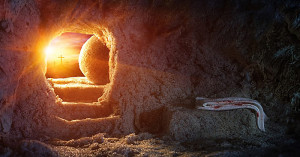 May each of you that read this be blessed…and be a blessing.