Two hundred and forty-six years ago on July 2, 1776, The Congress of the United Colonies adopted a resolution of political independence, meaning that the 13 colonies believed they had a right to be free and independent States…absolved from all allegiance to the British Crown.

In the month prior to this, Congress named a committee of five to draw “a proper paper”…a statement justifying the action about to be taken. On this committee were Thomas Jefferson, John Adams, Benjamin Franklin, Roger Sherman, and Robert Livingston.

The “proper paper”, largely the work of Thomas Jefferson, when presented to Congress was vigorously debated and even altered to a degree before it was officially adopted on July 4th. At that time it was only signed by President John Hancock and Secretary Charles Thomson. Most of the other signatures were affixed on August 2, 1776, and the remaining 15, later that year. 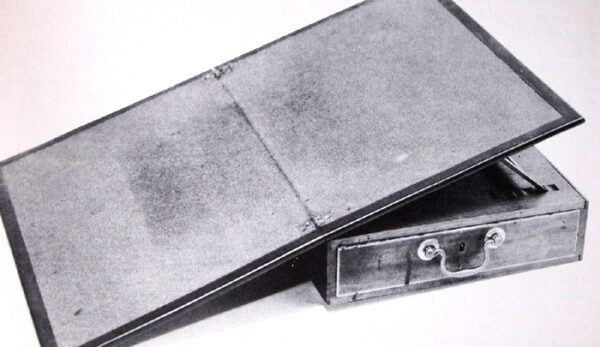 The resolution to declare independence was a very big deal. Common sense, a prominent attribute of the time, caused the signers of the Declaration to hold these truths to be self evident. That all men are created equal, that they are endowed by their Creator with certain unalienable rights, that among these are life, liberty, and the pursuit of happiness. That to secure these rights, governments are instituted among men, deriving their just powers from the consent of the governed. That whenever any form of government becomes destructive of these ends, it is the right of the people to alter or to abolish it, and to institute new government, laying its foundation on such principles and organizing its powers in such form, as to them shall seem most likely to effect their safety and happiness…

But when a long train of abuses and usurpations, pursuing invariably the same abject evinces a design to reduce them under absolute despotism, it is their right, it is their duty, to throw off such government, and to provide new guards for their future security…

Artist, John Trumbull (1756-1843), commemorated the presentation of the drafted resolution in this monumental 12’x 18′ painting, completed in 1795. 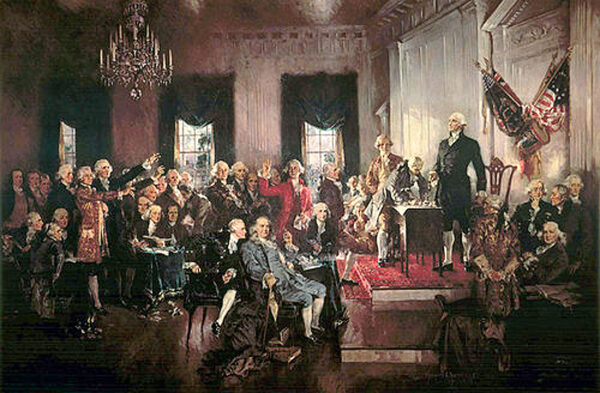 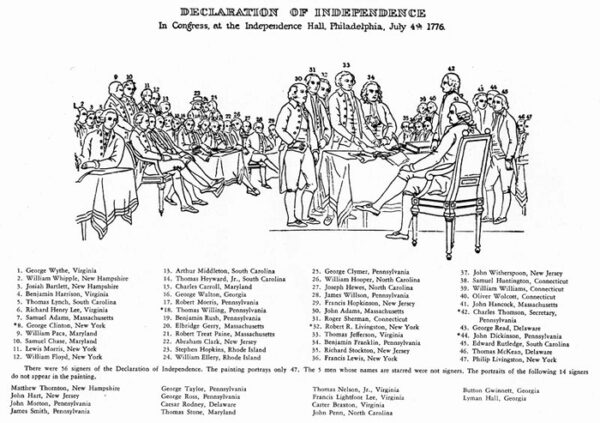 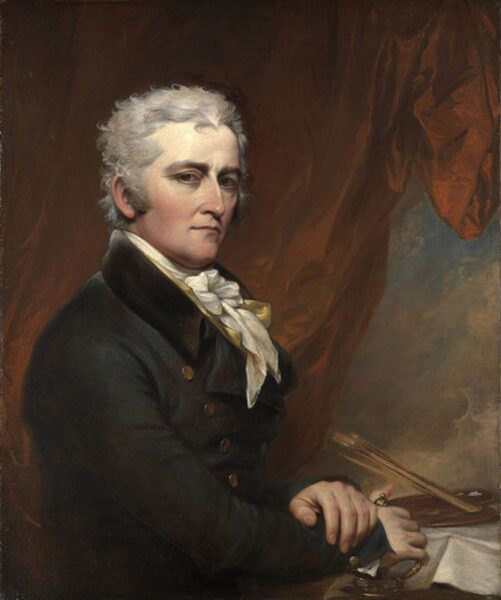 As a soldier in the American Revolutionary War, Trumbull rendered a particular service at Boston by sketching plans of the British works, and witnessed the Battle of Bunker Hill. He was adjutant-general to General Horatio Gates. He resigned from the army in 1777.John Trumbull was born in Lebanon, Connecticut to Jonathan and Faith (Robinson) Trumbull, in 1756. Jonathan was Governor of Connecticut from 1769-1784. Son, John, entered the 1771 Junior class at Harvard University at the age of 15 and graduated in 1773. Due to a childhood accident, Trumbull lost use of one eye which undoubtedly affected his future painting style.

In 1780 he traveled to London where he studied under Benjamin West. At his suggestion, Trumbull painted small pictures of the War of Independence and miniature portraits, of which he produced about 250 during his lifetime. 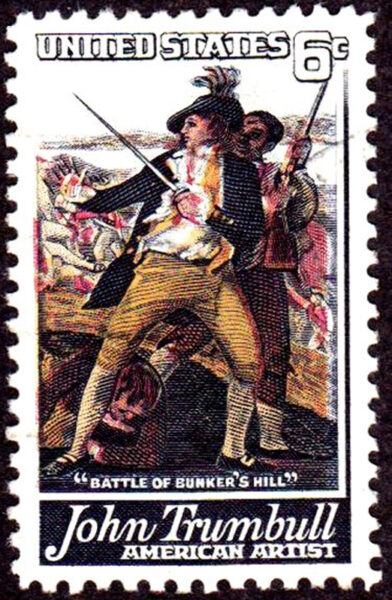 It is a sad reality that after fighting for and gaining freedom, mankind ultimately fails to maintain it and therefore sinks back into various forms of slavery…and so it is today in America.

There are lots of thoughts as to why this is so, but to me, first and foremost, it is always spiritual…personal/national unrighteousness: lust of the flesh, lust of the eyes, and the boastful pride of life. The symptoms are innumerable and most of us know what they are. Everything begins with the heart of man and our relationship to God through Jesus Christ. The type of government we have is a direct result of those two things. It will take a mighty move of God in the hearts of man to turn it around. Let’s pray for America. There’s a lot at stake.