“Impressionism may properly be called the greatest single disintegrating force in nineteenth century painting”. These are not words you’d like to hear if you’re a fan of Impressionism…and who isn’t, but R.H. Ives Gammell is an opinionated guy and most of what he has written concerning art has proved to be true.

Gammell (1893-1981) was no artistic slouch. Having worked under Joseph DeCamp and William Paxton, he then passed on his knowledge to Richard Lack, among others. Lack in turn became the father of the resurrected atelier system now so popular around the world. 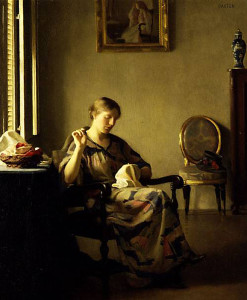 In his insightful book, The Twilight of Painting, Gammell discusses Impressionism and how it became a corrupting influence on painting. “The name ‘Impressionist’, first applied in derision to a small group of French landscapists, has since been given a larger meaning and is now widely used to designate an entire category of painters, in whatever period they have worked, who have been mainly preoccupied with rendering their impressions of the visible world.” 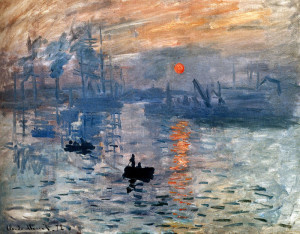 “The word ‘Impressionism’ admirably suggests this purpose and differentiates it from a realism which seeks to imitate appearances, rather than to convey an artist’s reaction to those appearances. Like all major trends in the history of art, nineteenth century Impressionism was brought to birth by the advent of individuals whose temperament led them to seek expression in new fields. These particular men had no interest in the semi-literary art of the academicians and consequently were dissatisfied with the technical methods taught in their ateliers.

“Indifferent to the world of the imagination, they were deeply stirred by the world they saw about them. The task they set for themselves was to render in paint that world as they saw it, and they took for guides those masters of the past who had been controlled by a similar purpose. Just as the academic painters based their styles on the great Italians, these men turned to the artists of Holland and Spain. Above all, Velasquez seemed to possess the artistic virtues they most prized.” (Twilight of Painting, R. H Ives Gammell, 1946) 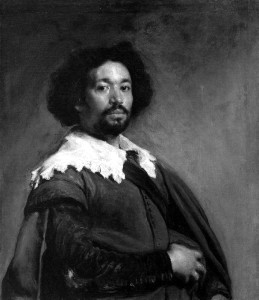 He points out as an example still life painting in which an artist may be deeply stirred by light, shade, color, and texture, while missing what the objects themselves suggest in terms of human experience.

John Singer Sargent, who favored Velasquez, stated in 1885, “The artist ought to know nothing whatever about the nature of the object before him, but should concentrate all his powers on a representation of its appearance.” He obviously disagreed with Gammell. 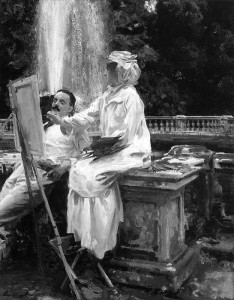 All this is well and good for the artists participating in the birth of Impressionism, because for the most part, they were recipients of sound training, being influenced by teaching of the academic tradition. 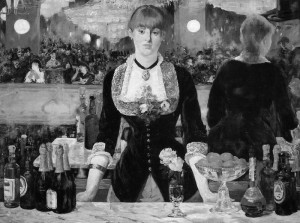 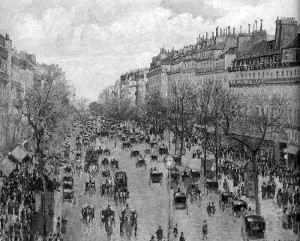 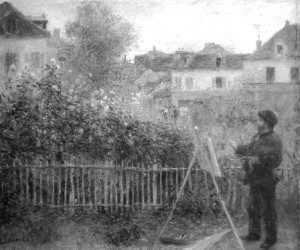 “Traditional teaching made enormous demands on both teacher and pupil. Only a man in possession of very considerable knowledge and skill could pretend to teach and demonstrate the elements of this kind of painting. Only a student having exceptional enthusiasm, intelligence, and talent would be attracted by its stern discipline.” 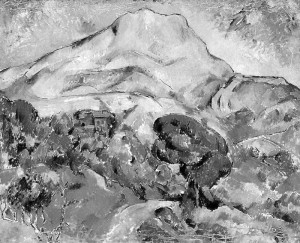 Actually, Gammell didn’t have a problem with the basic principles of impressionism and what those principles contributed to the art of painting. What began as a rejection by the academicians toward this new painting movement escalated into an unhealthy hostility on both sides. This ultimately resulted in contempt by the Impressionists toward the academicians and their supposedly bad teaching.

Well, as the Impressionist concepts of painting gained a passionate following of art students, writers, and the fashionable world, government recognition soon followed…and as Gammell points out…the inevitable happened. The art of painting and how it was taught began to decline. 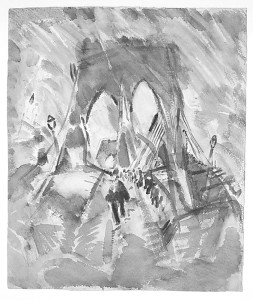 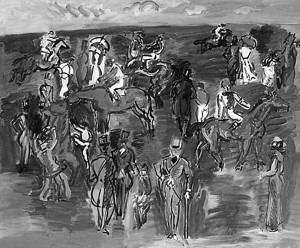 Because the new movement basically threw out the baby with the bath water, a flood of new want-a-be artists, who weren’t interested in the rigors of academy training, entered the art scene…and of course some of these students became teachers…and the decline was on. 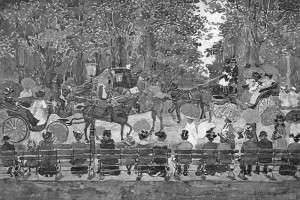 When any of the foundational principles of composition, drawing, values, and color are demphasized…or one emphasized over others…all of painting suffers, and that’s exactly what happened. 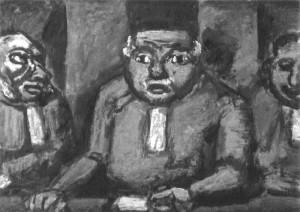 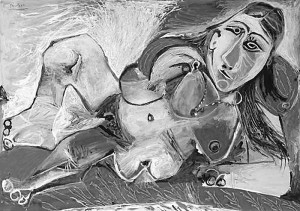 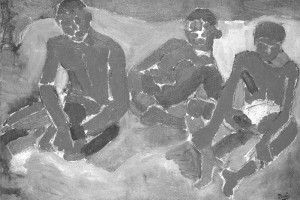 As time went on, most of the teaching derived from Impressionist principles took over. Less and less stress was placed on exactitude of drawing and values. Deterioration of drawing is easily acknowledged when viewing the images shown here. With color removed, it’s also easy to discern poor value structure. 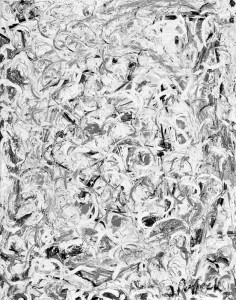 In closing, two further comments by Gammell concerning Impressionism’s negative influence on painting are: There was great emphasis placed on one’s personal vision. This eventually evolved into what we today call self-expression. Secondly, the nature of Impressionist thought can encourage rapid execution which may result in poorly executed works…and that can be an excuse for covering up inadequacies. In my opinion, we see a lot of that today.