I posted a painting on Facebook a few weeks ago titled, “Life Goes On”. It received a lot of praise, but one curious admirer asked, “Is there a special meaning for the cemetery?”  (Click images to enlarge) 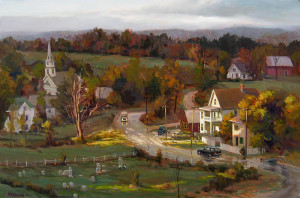 As mentioned several times, most of my paintings incorporate a subtle narrative, and occasionally, that narrative is deeply spiritual. The viewer’s comment caused me to once again reflect on the motivation behind the painting, but more importantly the subject of the painting…life and death

Life does go on, we’re here only for a short time, then we pass on and are eventually mostly forgotten. On the gravestone are the dates of our life separated by a dash. It’s that dash that is so critically important, for what we do and consider important during the dash has eternal consequences.

In our fallen condition, seeking glory, honor and praise for oneself is natural…and artists are not immune to this self-gratification. Sometimes praise is heaped on us without even seeking it. We are a curiosity, “Oh, you’re the artist”; “You’re so talented”. Like doctors, we are often identified with what we do, rather than who we are as a person. However, we are creators and our art can influence, inspire, and teach, and if we’re accomplished at what we do, fame, notoriety, and even wealth can follow. Because of recognition and fame, one is tempted to think they are something special. Some concern themselves with their legacy, desiring future generations to speak their name with reverence. Our accomplishments, notoriety, and the fact that we’re artists, becomes our identity and determines our self-worth…and it’s not uncommon to continually want to feed that. 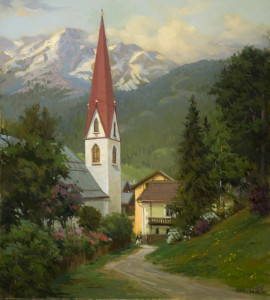 In David Seamands book, “Healing Grace”, he ends with a story that clearly puts life, it’s titles and accomplishments, into crystal clear perspective.

Franz-Josef I, Emperor of Austria died in November of 1916. The House of the Hapsburgs had been the ruling power of the Austro-Hungarian Empire since 1273, and its family was a major political force in Europe until the Great War of 1914-1918. The funeral of Franz-Josef I is significant because it was the last of the grandiose imperial funerals.

The Hapsburgs are buried in the family crypt located in the basement of the Capucin Monastery of Vienna. On the day of the funeral, the entire court assembled in full white dress, their hats covered with ostrich plumes. A military band played somber dirges and an anthem by Haydn. The cortege wound its way down stairs illuminated with flaming torches, bearing the coffin draped in the imperial colors, black and gold. Finally it reached the great iron doors of the crypt, behind which stood the Cardinal-Archbishop of Vienna, along with his entourage of high church officials.

The officer in charge of the procession was the Court Marshall. As he approached the closed door and pounded on it with the hilt of his ceremonial sword, he was following a ceremony prescribed from time immemorial. “Open!” he commanded. “Who goes there?” intoned the Cardinal. “We bear the remains of His Imperial and Apostolic Majesty, Franz-Josef I, by the Grace of God Emperor of Austria, King of Hungary, Defender of the Faith, Prince of Bohemia-Moravia, Grand Duke of Lombardy, Venezia, Styrgia…” And so on, through the thirty-seven titles of the Emperor.

“We know him not,” replied the Cardinal, from beyond the door. “Who desires entry?” “We bear the remains of His Majesty, Franz-Josef I, Emperor of Austria and King of Hungary” came the Court Marshal’s reply. “We know him not,” came the Cardinal’s reply again. “Who desires entry?” “We bear the body of Franz-Josef, our brother, a sinner like us all!” Whereupon, the massive doors swung slowly open and Franz-Josef was borne within. (See the reenactment of the ceremony below)

My sole intention of sharing this story is the profound truth it illustrates…that… titles, accomplishments, intellect, sincerity of motives, justification of our behavior, generosity, fame, power, popularity, wealth, and a host of other things that we consider qualifies us to enter the gates…none of them amount to a thimble full of worthiness. Only receiving the healing grace of God, extended to us through the sacrifice of Jesus on our behalf, will open those gates of pearl. 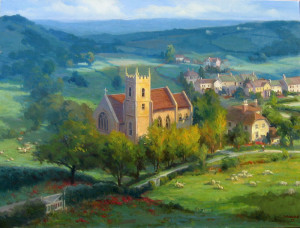 In this age of social media in which many are trying to gain recognition and fame, we would be wise to keep all the ‘likes’, encouraging comments and praise we receive as artists in proper perspective. I am reminded how Corrie ten Boom, a Dutch watchmaker who hid so many Jews from the Nazi’s in the second World War, responded when she was asked how she handles all the compliments and praise constantly heaped upon her. “I look at each compliment as a beautiful long-stemmed flower given to me. I smell it for  a moment and then put it in a vase with the others.” Each night before retiring, she took the beautiful bouquet and handed it over to Jesus saying, “Thank You, Lord for letting me smell the flowers; they all belong to You.” 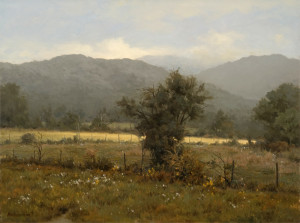 Blessings to each of you.