The last quarter of the 1800s in America produced, what seems to be, an inordinate number of brilliant artists…artists whose work influenced popular culture and fashion to a degree we have not seen since. They were the “movie stars” of their day. Society followed them with great interest. Home delivery of weekly and monthly publications brought their work into millions of homes and people eagerly awaited each issue.

The period (1880s to 1930 or so) was called the Golden Age of Illustration. The demand for the graphic arts was extraordinary. Book and magazine publishing was benefiting from great advances in printing technology. For the first time, art could be accurately and inexpensively reproduced…first in halftone, later duotone (usually red and black), and by the early 1900s, in full color.

Early on, there was not a clear distinction between fine and commercial art, that division grew over time. But, artists like Sloan, Homer, Remington, Eakins, Twachtman, Hassam, Bellows, and Prendergast did eventually leave illustration behind in order to concentrate on painting.

Some did continue to focus on illustration and those that did contributed so much to American culture: Abbey, Cornwell, Flagg, Gibson, Leyendecker, Parrish, Pyle, Rockwell, Wyeth, and many other great names are recognized to this day as some of the most recognizable and famous names in the history of illustration.

As the distinction between those terrible “commercial” artists and fine artists grew, Norman Rockwell never shied away from referring to himself as an illustrator. He considered it a noble profession and was proud of the label. (Click images to enlarge) 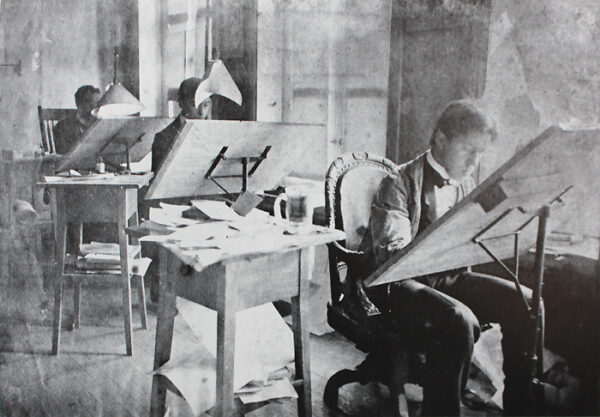 F.R. Gruger in the bullpen

When we consider most of the illustrators named above, we visualize the work they created in color. One artist, Frederic Rodrigo Gruger, seldom worked in color and yet he was one of, if not the most, in demand artist of his day. His signature appeared on more than 6000 illustration during his 45-year career. One-half of his lifetime production appeared in the Saturday Evening Post, and the remainder in 30 of the most prominent magazines of the time. In all, he illustrated the stories of more than 400 authors. 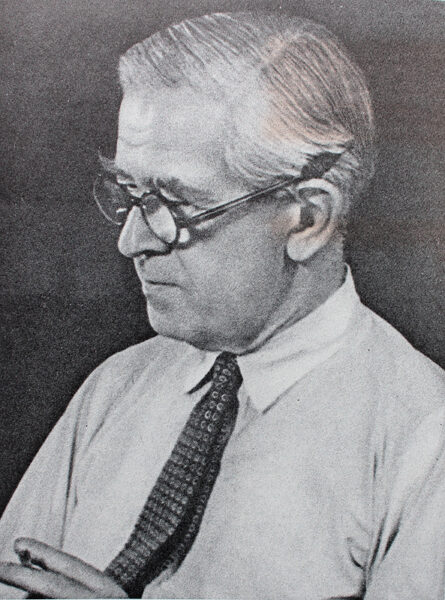 What you will witness here is what I have taught and emphasized for many years: It’s value that creates the mood, not color. Gruger was an absolute master of values and mood creation. Just enjoy his work as I was not able to locate titles or dimensions of his originals. 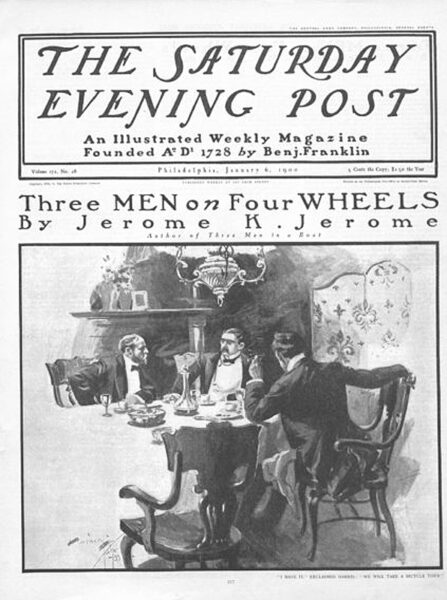 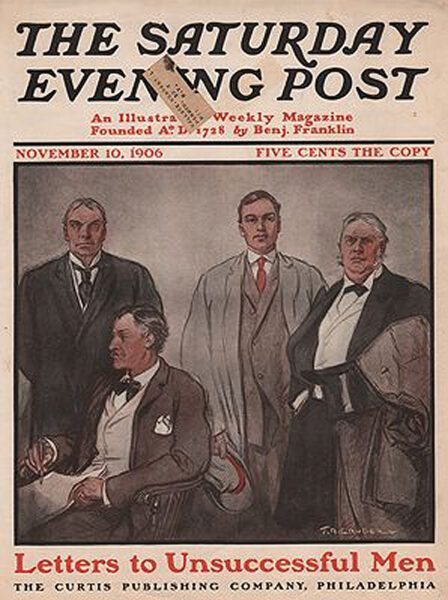 Gruger was extraordinarily creative. He was heavily involved in the design and detail of the houses he built, the garden, architectural features, and the landscaping. He also designed furniture for the house and toys for his kids. 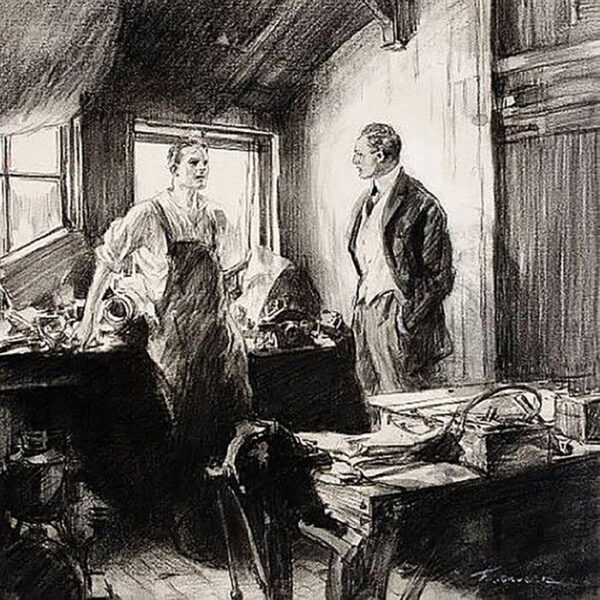 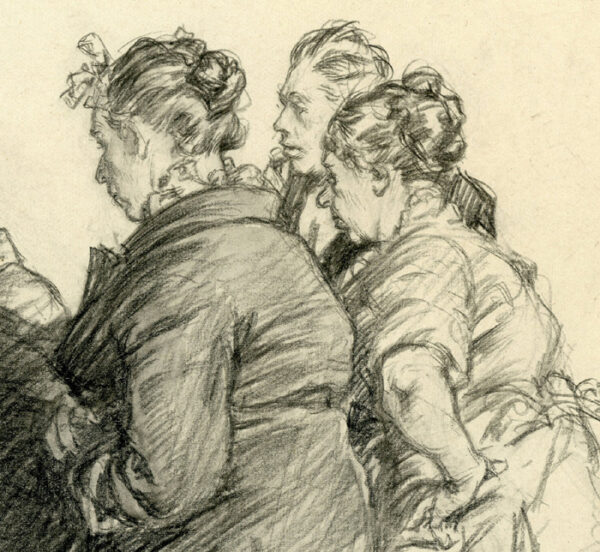 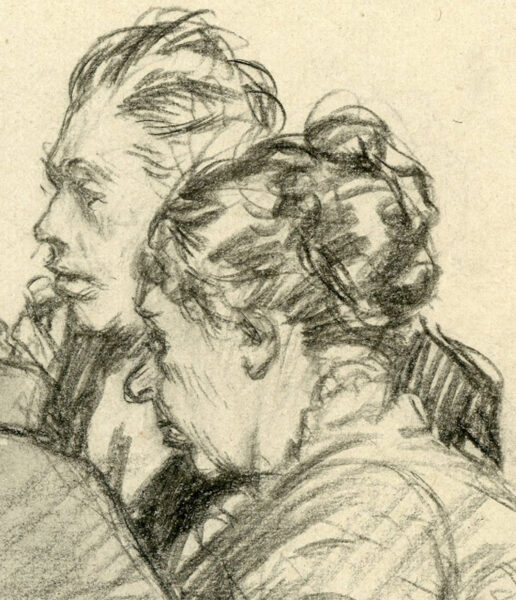 As with all his creative endeavors, he took great care in working out every detail until he was completely satisfied. Quality was always his goal. When encountering an unusually difficult problem, he would work weeks if necessary, redrawing, until the problem was solved.

There is no such thing as good enough; whatever you do, do the best you can.

Even though the human figure appears in almost all of his work, his son says he never used models or worked directly from photos. 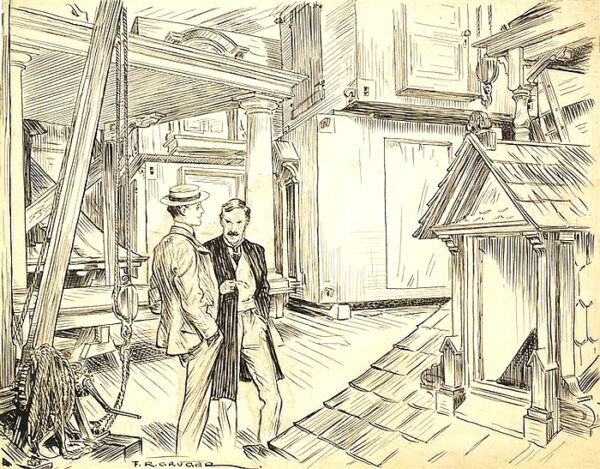 Before halftone reproduction became common, Gruger worked in pen and ink. After 1904 most of his illustrations were tonal, done with a variety of Wolff Carbon Pencils. Gruger’s son, Frederic R. Gruger, Jr, outlines his father’s working methods.

“Working on soft cardboard (used for mounting silverprints), he used a combination of wash and Wolff pencils. Dad’s procedure in developing an illustration was simple and direct. Although thumbnail sketches were sometimes made beforehand, he usually worked on the final illustration from the start. Typically, his compositions stressed environment…creating an authentic setting for the figures.” 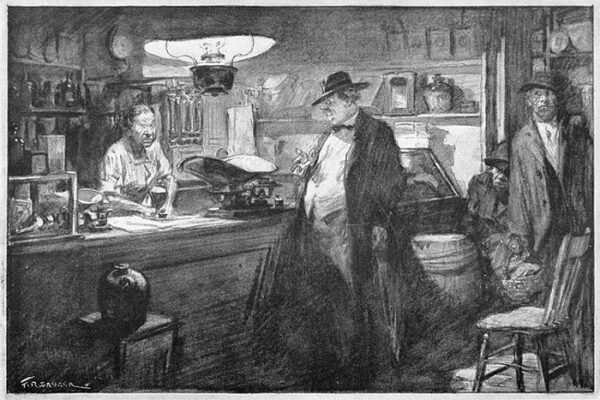 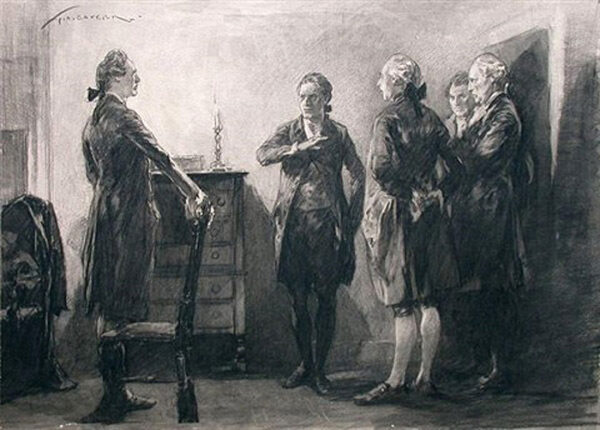 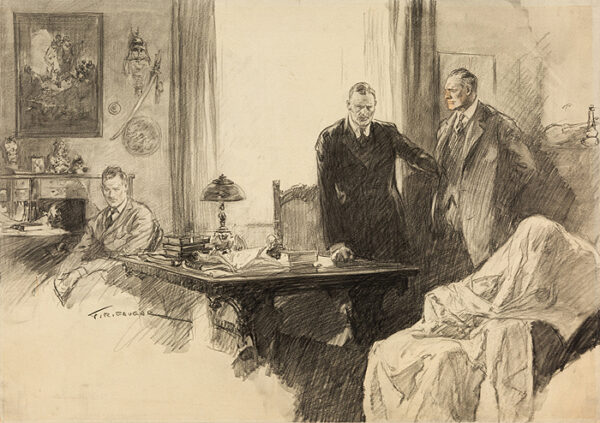 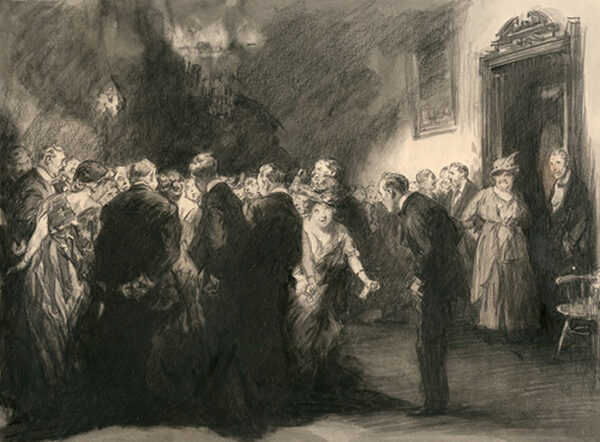 “First he would very sketchily indicate the principal masses of darks and lights in the composition, usually through the use of washes of lamp black and water, using Winsor & Newton, numbers 2-4, camel’s hair brushes. His illustrations, despite their monumental appearance, rarely exceeded 24 inches in either dimension.

“Once the tonal masses had been laid down in wash, the drawing was developed out of the tonal background by means of the Wolff pencil. The soft, compressed carbon pencil could be sharpened to a fine point for detail, or the side of the point used to obtain additional tone. The lamp black of the wash and the carbon black of the pencil matched each other compatibly and, if needed, a Ruby eraser was used as a stump to smooth the strokes into a tonal blend with the underlying wash. When sharpened to a point, the eraser could be used to pick out lights and highlights. When the drawing was completed, he would spray it with fixative, usually mount or matte it, and cover that with tissue and craft paper before presenting it to the client.” 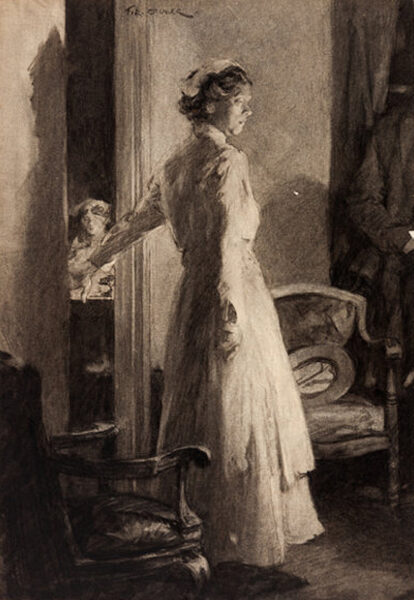 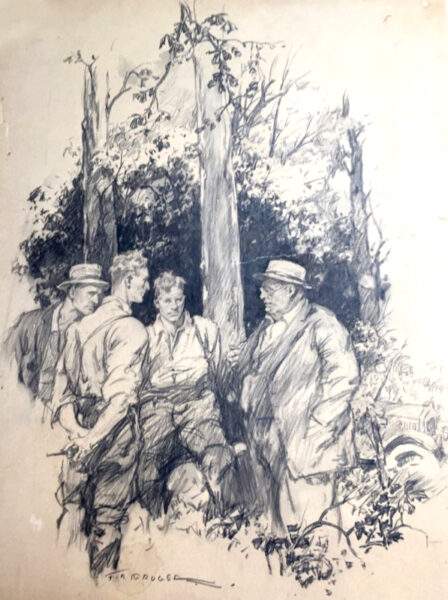 As to his character, his son continues: “I think his goals in life were two-fold: to excel, not competitively, but from a belief in intrinsic merit of his Illustration profession; and to provide his family with a full, interesting and rewarding life. Though he attained these goals, he would have been the first to point out that they could have proven illusory had he not had the good fortune to marry a woman of comparable integrity whose mature affection spelled unfailing support.” 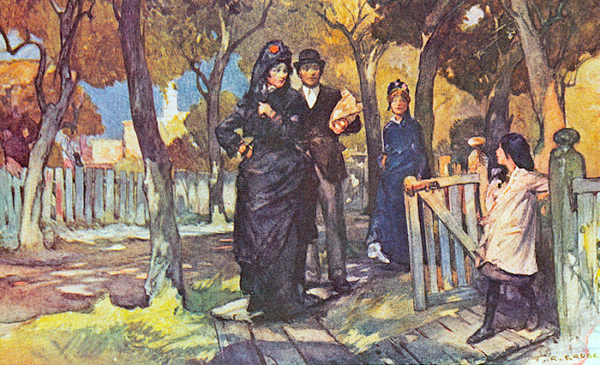 If you would like to learn more about this remarkable artist, here’s an excellent book…the source of this article. 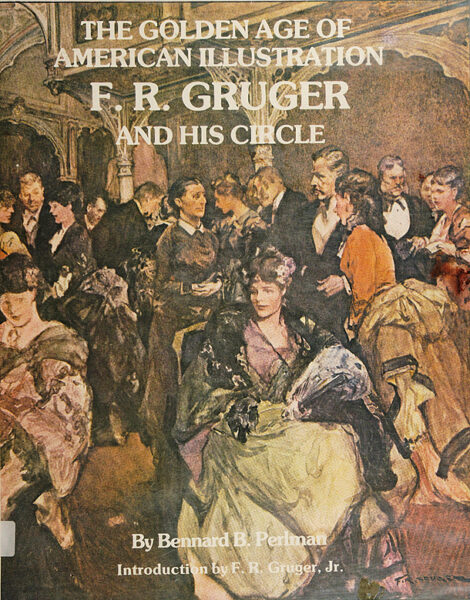