Frank Vincent DuMond is an icon of American art and a noted teacher, having taught at the Art Students League in New York for almost 60 years. His teaching profoundly influenced those who would later become well-known painters in their own right, including Norman Rockwell, Georgia O’Keeffe, John Marin, Frank Reilly, Charles Hawthorne, Frank Mason, Everett Raymond Kinstler, Rudy Colao, and Ogden Pleissner. The results of his teaching speaks for itself, but in my opinion, his personal work does not reach that same high standard. “Just who do YOU think your are?” would be a legitimate question asked of me by DuMond fans, after all, I’ve never seen an original DuMond. Reproductions of his work that I have seen come across as unimpressive. Admittedly, the reproductions may be of poor quality, but I’m still not a fan of his work. The work of many of his students far surpasses his own.

That said, maybe it is possible to be a great teacher but a less than great artist. I’ve always thought it was the opposite. Anyway, it’s just my opinion, no more than that. (Click images to enlarge). 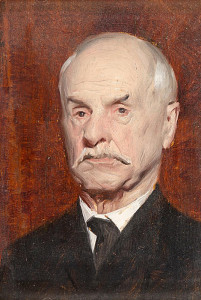 In researching DuMond, I came across an old American Artist magazine article (Mar 1974), highlighting various aspects of his teaching. I’d like to share a few notable comments from that article, things that can benefit us all.

“The man concerned about little differences may make a good bookkeeper, but the one who concentrates on big similarities is the soul of he industry”

DuMond inspired his students to respect and to seek for a balance between logic and emotion when painting. He believed that in order to be effective, as artists we must have some reasonable understanding of why we do what we do. “Why paint?” His answer was related to the exploration of human nature: “Man is a social creature; he cannot stand being cut off from communication with the rest of mankind. Since artists are visually oriented people, one can understand that they must communicate visually to satisfy the deepest urges in them. In other words, we paint because we have to. After that, each painter searches out a particular direction to spend his energies exploring.” 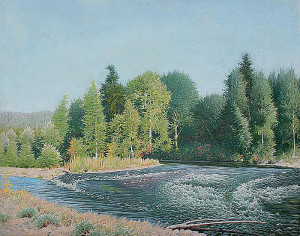 “Trees have individuality and character as well as characteristic patterns derived from species, as in races and families of men. They must be seen first as patterns in groups in the landscape, then also as individuals within the mass.

“The blinding light of the sun and the dark of the deepest cave are out of reach of our palette. The only place we can directly relate to nature is through halftone, which mysteriously weaves in and out of everything, tying it all together.”

“Nature is never gaudy. Even in the brightest sunlight days of autumn you will not find the raw colors of paint from the tube. There is restraint, some reserve, something one can live with.”

In approaching any painting, DuMond always stressed the importance of ‘massing’. “If you squint down your eyes to where you eliminate detail and see only basic shapes and patterns, you can also see things in masses that can be expressed in the five planes of light. Above the halftone is light, and below it, shadow; these are the two planes primarily used to create the feeling of three dimensions. On turning form, light must pass through halftone to get to shadow; this forms the basis of modeling. Add to these three planes the glint of light representing the most direct reflection of the source – highlight – and the dark of the holes where no light enters at all – accent – and you have the five planes of light. Highlight, light, halftone, shadow, accent: five planes going from lightest to darkest tones.”

DuMond always had his students begin their paintings with these simple areas of tone and often told them, “You can paint only as well as you can mass.” 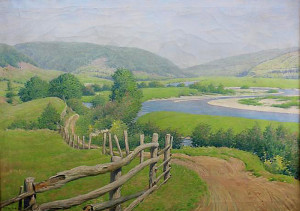 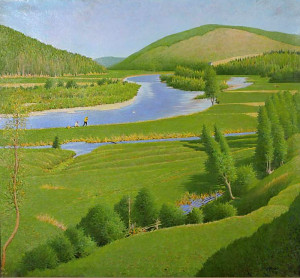 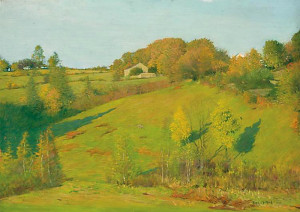 “Basically, we were aiming to set up the structure of our paintings in the average tones for each area – not in terms of things in the subject matter, but in terms of the five planes of light. To begin with, since unity was a major goal in our paintings, we needed some way to tie apparently unrelated objects together. The easiest mass to see and understand is shadow. Shadow is a great unifier; that is its nature. Divide the palette into a light and a shadow half; take the middle value of the shadow half, and you have the average shadow value. 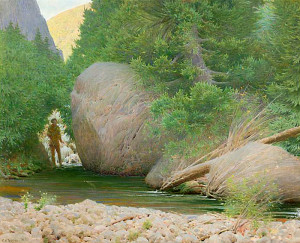 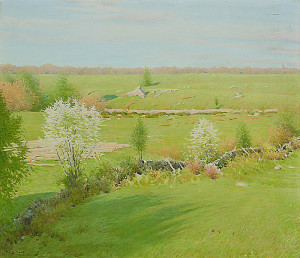 “In terms of color, DuMond spoke of the prismatic progression of color, from gold to violet. The natural quality of light has a golden feeling, and the natural character of shadow is violet. Hence, as a starting point, we would mass our shadow in with some violet. DuMond would have us start with one pile of color called ‘shadow’ for the shadow side of everything – be it fruit, flowers, clothing, or flesh. The next step was to mass the light side, a much more difficult matter. Relative to shadow, light masses hold together as a unified idea, though containing great variety within. The middle or average tone in the local color of the subject matter was used to mass the light masses.

“Finally, we had to consider that most elusive, vague, nebulous quality of halftone, which weaves in and out of everything, creating passages for the eye to move through freely. The darkest part of the light masses, as well as reflected light (the lightest part of shadow), are in the halftone range; it is the bond that ties light and shadow together. Halftone is the great unifier that keeps the painting from ‘breaking up’.”

“A lot of little ideas do not add up to a big idea.”

DuMond never cared what was currently in vogue. “I know what is popular,” he would comment,  “but so is ignorance.” He never believed in an artist having “secrets”. The predominant attitude in all his classes was one of sharing, and there were always more experienced students helping beginners. Seeing man as a part of nature, he didn’t feel that he “owned” ideas, and he constantly felt pressed to learn more in order to give more. 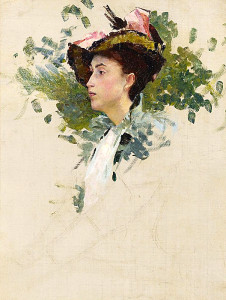 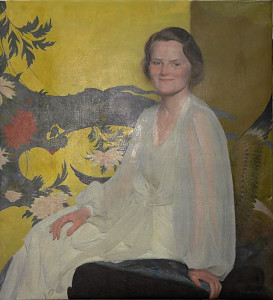 DuMond is known to have had a warmth and kindness pervading all he said, yet he delivered his points with unmistakable meaning. He was a father figure almost to a fault, leaving a permanent mark on each of those who studied with him.

This 15 hour instructional DVD has been called “profound”. I hope you’ii pick up you copy today.