Creating paintings en plein air has been an important part of my fine art career that began in 1982. I had just left behind a 10-year freelance illustrator career in pursuit of this new dream. While strongly attracted to the landscape, many of my first paintings I was told, looked like illustrations. It was Tony Eubanks, also a former illustrator, that suggested I start painting on location. He said that would erase the illustrator in me pretty quickly. He was correct.

Initially all the plein air paintings were created to be sold. Eventually I realized they had a value greater than any monetary reward. They were now viewed as “field studies”, with the emphasis on “studies”.  I began working on 5.5″ x 8.5″ sheets of acid free paper. They were crude and full of notes at first. Later they followed prescribed formats and were filed in notebooks…100 paintings per book. 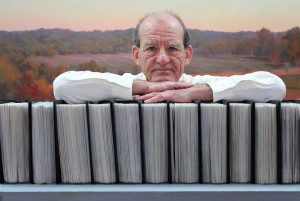 My collection of more than 1000 studies, most done en plein air. The remainder are studio created studies for larger works. 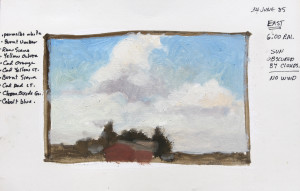 Their monetary value is greatly outweighed by their informational value. Seldom are they sold, and only occasionally to my newsletter subscribers. So why is it important for landscape painters to do field studies? Here are some ideas.

1)  They are a perpetual record of where you’ve been, what you’ve directly observed, and what can always be referenced when needed. They also help recall the moment it was painted and all the circumstances involved.

3)  They create a deeper learning experience because more time is spent observing and attempting to faithfully represent the subject.

4)  Compared to working from photos, more senses are involved; not only sight, but also sound, smell, and touch. Even with improved photo technology, the eyes still are able to discern subtleties that the camera cannot.

5)  They provide a direct interaction with the subject; it’s like speaking to someone face-to-face versus reading something someone else wrote about them.

6)  Finally, their most important value to me is that accurate value, contrast, color, and color temperature can be captured and internally retained. Without that as an important objective, I see little value in them. With no interest in such things, one’s objectives as a landscape painter would be totally different than mine. 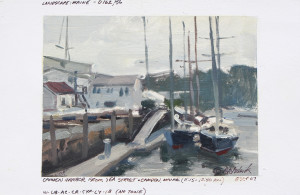 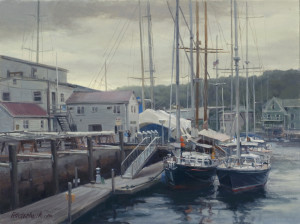 And then comes the studio

Every artist I have spoken with expresses some amount of frustration when attempting to translate a plein air piece into a large studio painting. It is certainly the case with me. In a recent conversation with Marc Hanson, he said, “All those things that make painting in the field a challenge…that brings authenticity to the field studies…they are not easy to repeat in the studio without the direct from life stimulus.  Unless I let go of the reality of the study, and let the studio painting become something on it’s own merit, I’m likely to meet a wall.” He’s correct because I have experienced much disappointment in trying to maintain the spontaneity of the field study. I’ve used larger brushes, attempted to work at an increased pace; none of it works.

Kaye Franklin, another brilliant painter says, “I try to keep it simple like the original. I only use my plein air works as a guide, mainly for color and value notes.”

Becky Joy’s approach seems pretty sensible. “I have a difficult time getting the same feel in the large paintings as I have in the original small painting when I “copy” the plein air. I find that I’m more successful composing a new painting in a larger format and using the plein air as reference for color and values, rather than composition. When I use the plein air, I will usually put it away after a while, or I become too literal in rendering what I see.

In a recent interview conducted with Barbara Courtney Jaenicke, we also examined the topic. “I think the difficulty is in maintaining the spontaneous look of a painting that was quickly captured on location. I’ve found it to be fruitless to try to paint an exact copy. I instead try to discern what is special about what I captured in the study and focus on translating that into a larger, more finished version.”

So, the wise voices say don’t even try to replicate the plein air work. It can be used as a guide, a visual aid, but forget trying to capture that spontaneous feel.

Now I’m going to show you a few of my efforts in an attempt to “replicate” those field studies. All the larger studio works are supplemented with the use of photographs. Click on images to enlarge. 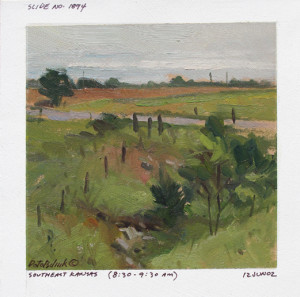 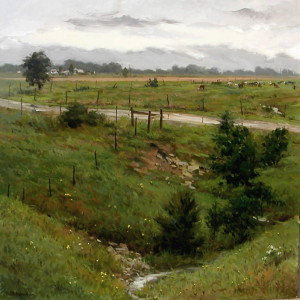 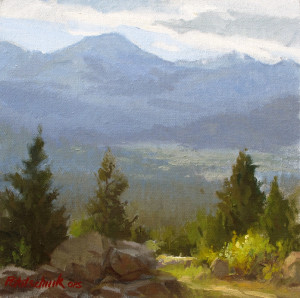 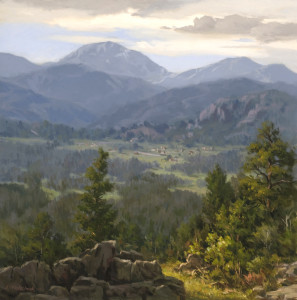 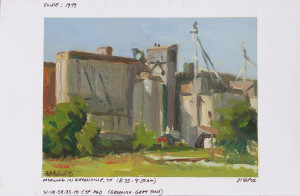 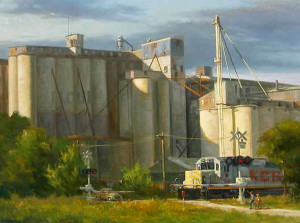 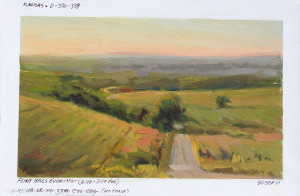 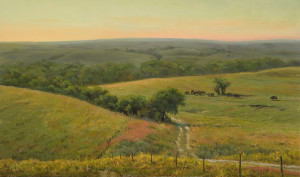 …and just one more 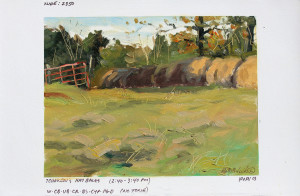 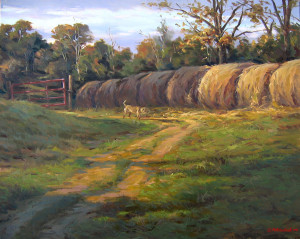