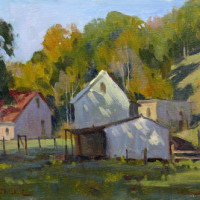 As I mentioned in last week’s blog, I had the distinct privilege of enjoying three days of plein air painting in the Flint Hills of Kansas with a great group of talented artists. You may END_OF_DOCUMENT_TOKEN_TO_BE_REPLACED 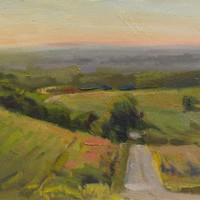 I just returned from three days of plein air painting in the Flint Hills of Kansas. I remember, as a young boy, passing through the area several times a year with my folks on the way to visit my grandparents in Pittsburg, Kansas. END_OF_DOCUMENT_TOKEN_TO_BE_REPLACED 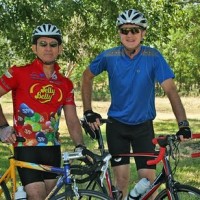 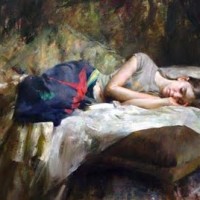 If you want to be juried into an art show, or win an award in a show, it’s important that you have “connections”. Knowing the judge or jurors doesn’t hurt, maybe even being involved in the host organization will further your changes of winning something, anything…Right?

Accusations of award winners being preselected or friends being shown favoritism are occasionally leveled against art organizations by disappointed applicants. Oil Painters of America is not immune from such criticism. The question is, is there justification for such accusations? 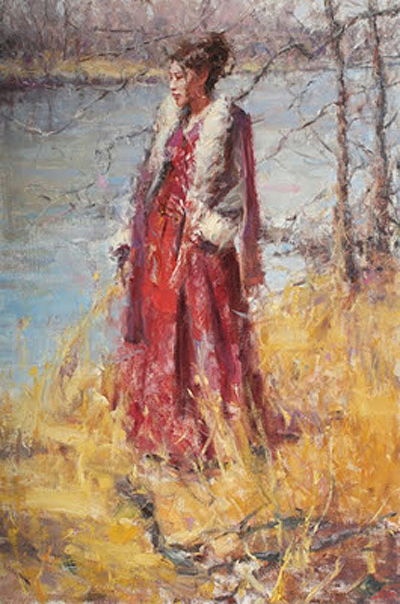 Recently, within the last three weeks, I was bestowed the honor of seeing how an OPA Selection Committee works…from the inside out. I was one of five judges chosen to select the paintings that will be in the OPA Western Regional Exhibition this October at the Lee Youngman Galleries in Calistoga,

Now that all the selections have been made, I am able to tell you how it works. 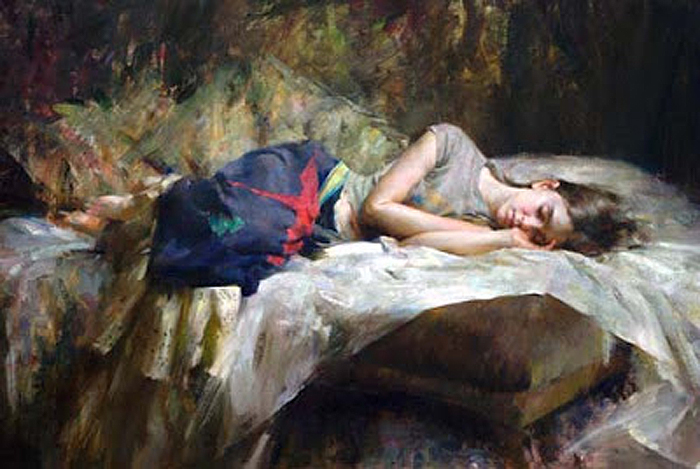 First off, you need to know, I still do not know who the other four jurors were…and will probably never know. I asked out of curiosity, after the judging was completed, but received no response. Another thing, only two people knew the identity of the five jurors, the OPA President and the Jury Chairman. 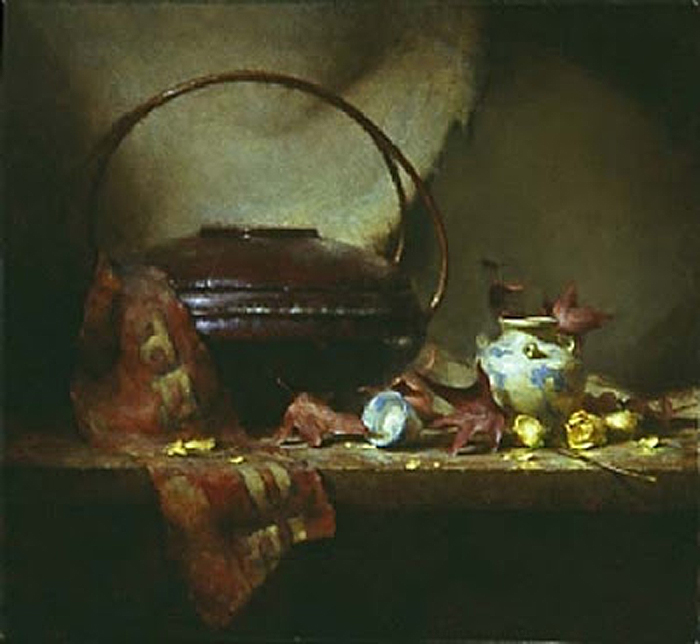 We had four days to rate the 924 entries, grading them on a scale from one to seven. The entries were viewed using the internet and we had no way of knowing how other jurors voted. After all the grades for each painting were compiled we were given an additional three days to reevaluate the top 190 entries scoring them in the same way…one to seven. Those receiving the highest cumulative scores were selected for the show.

I did not enter the competition this year, but if I had, I was instructed to vote for my painting in order to avoid any possible computer processing issues. However, it was the average score of the other jurors that would have been substituted for my vote. So, even in that, the temptation to show favoritism toward one’s own work was eliminated. 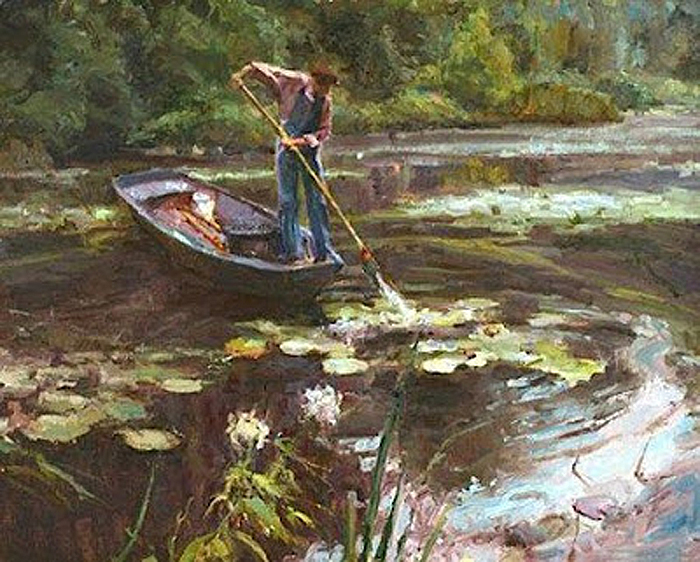 Paintings were evaluated based on design and execution. The best works had one dominant value, a dominant color harmony, a clear center of interest, balance, accurate drawing, convincing value relationships, consistent and believable color temperature relationships, appropriate variety of hard and soft edges, and varied and interesting paint application.

Get all those elements right and you ended up with a seven…in the top 1-3 percent of entries. 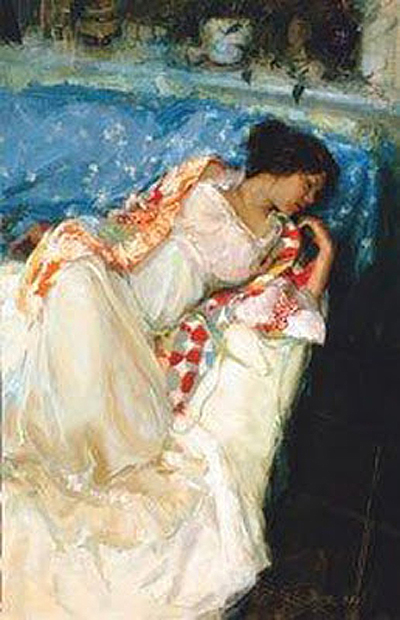 I have judged many art shows and only once did I sense a little urging to vote a certain way…and that was for an Elementary School art competition.

Oh, you may be wondering if the artist’s signature on a painting has an influence. Well, to be very honest, I make it a matter of personal integrity to avoid looking at the signature. If the focal point of the painting is located in the area of the signature, there’s no need to be concerned about awards.

I’m sure if an advantage can be gained in any art competition, there will be those who will try to get that advantage. But, as for the Oil Painters of America Exhibitions, I was most impressed to see just how unbiased the jury process actually is. This should be an encouragement to many of you. Hey, it all comes down to the quality of the work, not to who you are or whom you know.

Below are website links to those featured in this article: 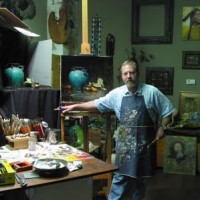 If you don’t know the work of Jeff Legg, you need to.
I’ve known Jeff for at least 20 years. We met at the Midwest Gathering of the Artists Art Show in Carthage, Mo. I was a participant when END_OF_DOCUMENT_TOKEN_TO_BE_REPLACED 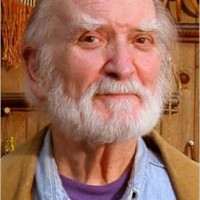 “I’m not heavy, deep, or profound, but I have something to say, and I say it through my art.” END_OF_DOCUMENT_TOKEN_TO_BE_REPLACED 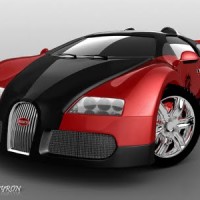 What is it with the Italians, anyway? END_OF_DOCUMENT_TOKEN_TO_BE_REPLACED 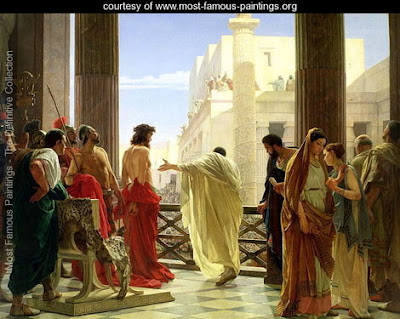 Though Jesus was in the form of God, he did not regard equality with God something to be possessed by force. On the contrary, he emptied himself, in that he took the form of a slave by becoming like human beings are. 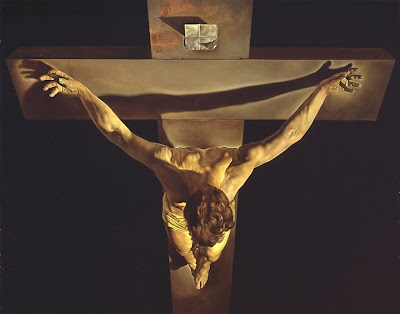 And when he appeared as a human being, he humbled himself still more by becoming obedient even to death – death on a stake as a criminal! 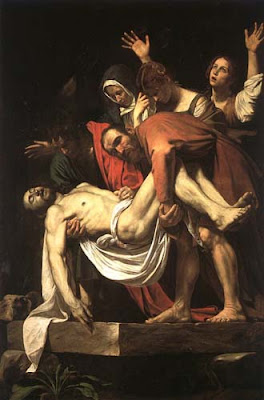 Therefore God raised him to the highest place and gave him the name above every name; that in honor of the name given Jesus, every knee will bow – in heaven, on earth and under the earth – 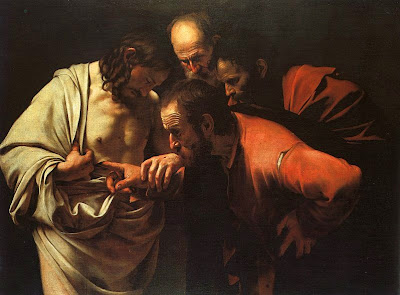 and every tongue will acknowledge that Jesus the Messiah is the Lord, Jehovah – to the glory of God the Father. 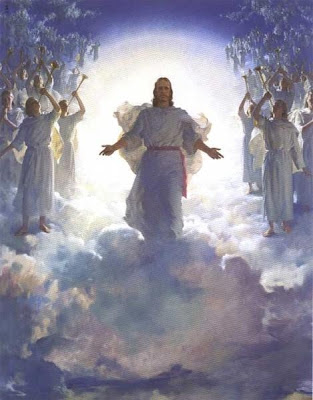 Jesus said, “I AM the Resurrection and the Life! Whoever puts his trust in me will live, even if he dies; and everyone living and trusting in me will never die. 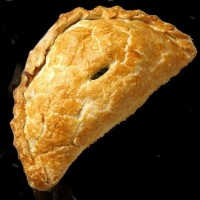 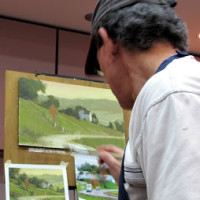 On March 1st, I had the privilege of giving an oil painting demonstration before the Associated Creative Artists group in Dallas. END_OF_DOCUMENT_TOKEN_TO_BE_REPLACED 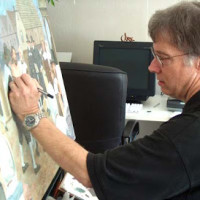 One just never adjusts to the reality of death. One moment here, END_OF_DOCUMENT_TOKEN_TO_BE_REPLACED