Italy is a magnificently beautiful country and the contributions it has made to the world in architecture, as artists, and as designers of beautiful useful products is staggering.

I think it’s impossible to go to Italy and not be impressed, not only with its landscape, but also with its amazing architecture and sculpture. Their architecture was influenced by many cultures before them, but especially by that of the Greeks. It was the Greeks that perfected the column and established a formal, idealized standard order of beauty. They considered their buildings, the significant ones at least, as sculpture, and movement of light, over, around, and through the structures received upmost consideration. 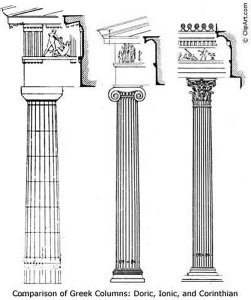 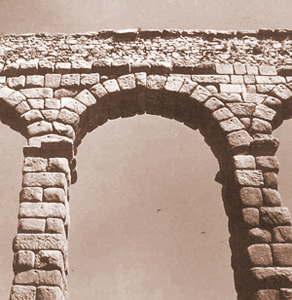 However, the Romans were the first to fully realize the potential of arches for bridge construction. The arch became an ingenious way of spanning a void by making stones support one another through their mutual compression. Eventually, arches were combined to form ceilings and roofs called vaults, and the principles learned there were used to create domes. This knowledge made it possible to create expansive fully illuminated interiors unencumbered by columns. The knowledge and skill of the Italians has influenced the shape of architecture worldwide, even to this day. 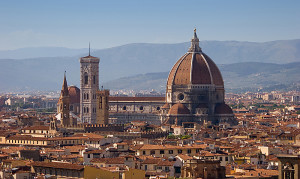 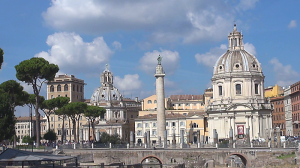 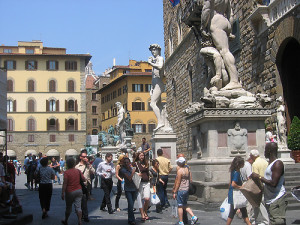 The Renaissance (1400-1600′s) was a rebirth, a revival of the classical vocabulary and style of the ancient Greek and Roman cultures. Symmetry, proportion, geometry, order, the use of semicircular arches, and hemispherical domes became the norm. I am so thankful to have experienced Italy firsthand a few years ago, and many of its architectural marvels.

Beautiful architecture, with the Alpine mountains as a backdrop and the lower regions of the mountains covered in dense foliage, is also found along Lake Como, the deepest lake in Europe. What an idyllic setting for some of the most incredibly stunning villas in all Italy. 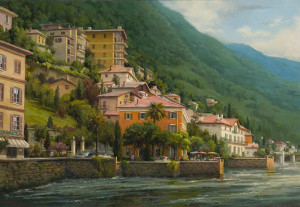 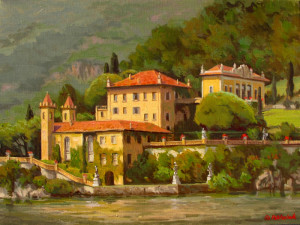 Lake Como is only 25 miles north of Milan and just a few minutes from the Swiss border. Many of the amazing villas on the lake were built in the 17-19th centuries. My particular favorite is the Villa del Balbianello in Lenno. It was created by Cardinal Durini in the 18th century. (Hmm, I wonder where he got the money? Sorry, I couldn’t help myself). Today it is considered one of the most beautiful and romantic villas on the lake. Many of these larger, spectacular villas are now owned by the State or an International Organization. During the Second World War, Benito Mussolini was dictator of Italy. He has remained Italy’s youngest Prime Minister, until recently. Leader of the National Fascist Party, he and his mistress, Claretta Petacci, were shot to death before a firing squad in 1945, not far from Lenno. His body was taken to Milan and hung upside down at a service station to confirm his demise to the nation.