In 1789, Elias Boudinot (Boo-din-oh) 1740-1821 – called upon President George Washington to proclaim a day of public prayer and thanksgiving to God for His guidance in helping Congress complete the Bill of Rights…the 12 proposed amendments to the Constitution.

The resolution was hotly debated and encountered surprisingly strong resistance. Some members of Congress felt the custom was too “European”, others said the proclamation was beyond the federal government’s authority and that such decisions should be left to the states, yet others, still stinging from a Constitution they did not agree with, saw no reason to be thanking God for it.

Despite the resistance, the resolution finally passed and President Washington declared Thursday, November 26, 1789 a day of thanksgiving and prayer. Other presidents would make similar resolutions, but it wasn’t until 1863 that Abraham Lincoln declared Thanksgiving Day an annual federal holiday.

Elias Boudinot is an interesting and important character. I was unaware of him until receiving a book from my sister for my birthday…100 Bible Verses That Made America, by Robert J. Morgan. It’s an excellent book, clearly detailing the powerful influence the Word of God had in the formation of our great nation.  (Click images to enlarge)

Born in Philadelphia, Boudinot was a committed Christian, saved and baptized through the preaching of George Whitefield. Boudinot actually wanted to go into the ministry but couldn’t afford college so he studied law under his brother-in-law, Richard Stockton…a signer of the Declaration of Independence. Boudinot became head of Washington’s intelligence department, a member of Congress from New Jersey, President of Congress, director of the United States Mint, trustee of Princeton College for 50 years, and active in promoting many Christian and evangelistic causes. What an amazing, productive life!!

I’m not ignorant of the fact that America’s founding was fraught with every conceivable struggle and human weakness, but still, in the midst of it all, from the landing of the first Pilgrims through the Revolutionary War, it was the preaching of God’s Word that propelled, encouraged, and inspired our nation forward. Many, many times our unique nation experienced the merciful hand of God providing miraculous direction, deliverance, victory, and wisdom when we earnestly sought Him.

Would our country have achieved its liberty, freedom and prosperity if it were not for the passionate preaching and conviction of faithful men. Oh, I think its possible we would have become a nation…but not a nation of liberty and freedom that became a beacon of hope for the rest of the world.

William Jay, America’s first chief justice of the Supreme Court, and president of the American Bible Society, said: “No human society has moral precepts of the Christian Religion. Should our Republic ever forget this fundamental precept of governance, we will then be surely doomed.” Sadly, we have forgotten. 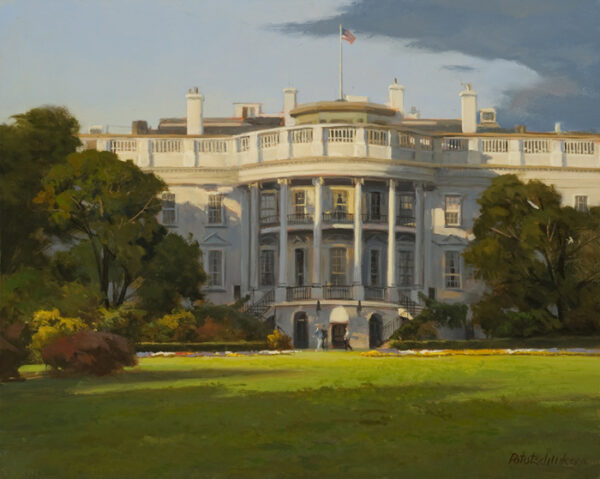 “O Lord our Heavenly Father, high and mighty King of kings and Lord of lords, who dost from Thy throne behold all the dwellers on earth and reignest with power supreme and uncontrolled over all the Kingdoms, Empires, and Governments; look down in mercy, we beseech Thee, on these our American States, who have fled to Thee from the rod of the oppressor and thrown themselves on Thy gracious protection, desiring to be henceforth dependent only on Thee…

“Be Thou present, O God of wisdom, and direct the councils of this honorable assembly, enable them to settle things on the best and surest foundation that the scene of blood may be speedily closed; that order, harmony and peace may be effectually restored; and truth and justice, religion and piety prevail and flourish amongst the people. Preserve the health of their bodies and the vigor of their minds; shower down on them and the millions they represent, such temporal blessings as Thou seest expedient for them in this world and crown them with everlasting glory in the world to come. All this we ask in the name and through the merits of Jesus Christ, Thy Son and our Savior.”

I ask, where is that humble attitude among our leaders today? “Oh, but we’ve grown up. We don’t need that belief in God stuff anymore. That’s for weaklings. See, we can do it without God.” Another early American pastor, Jedidiah Morse, would profoundly disagree…”In proportion as the genuine effects of Christianity are diminished in any nation…in the same proportion will the people of that nation recede from the blessings of genuine freedom.” Hmm! Are we experiencing that?

As my son famously asks me when some such thing I’ve been doing isn’t working…”Dad, how’s that been working for ya?”

It would do our nation well to ask that same question. Some would say, “It’s working great!” However, the honest answer would not be so positive.  So I wonder, since we’ve drifted so far from our foundations, are we really thankful for our nation’s founders? Are we thankful that they sought God for direction? Are we thankful God answered prayer and directly intervened in the establishment of our nation? Are we thankful God is the same yesterday, today and forever, and is available right now to guide our nation to once again be a beacon of hope for the world, that “City Upon on a Hill”…if we repent, turn from our wicked ways, and seek His face?

Should we be thankful, or just forget it and move on?

For all 100 Bible verses that made America, click image to order. 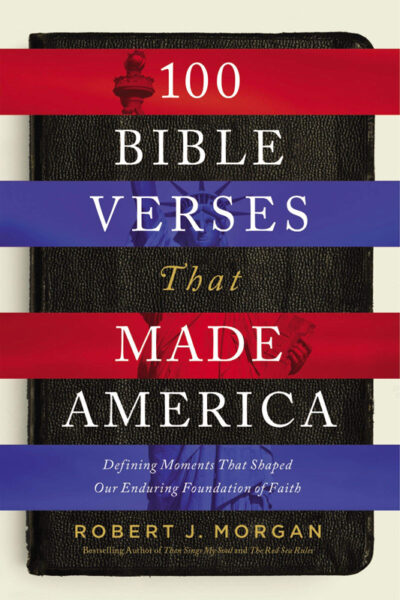