After my show with Elizabeth Robbins at the Highlands Art Gallery in Lambertville, NJ, and our visit to The Met (described HERE), my wife, Marcia, and I extended our stay in Pennsylvania for another eight days. The plan was to explore the historically important and beautiful Bucks County from our home base B&B in New Hope, PA. Hoping to stop and paint each day along the way just didn’t work out for various reasons, many beyond our control.

I not only brought oil paints with me but also some tubes of gouache and watercolor.

Now don’t laugh…other than the day I had painting with Kenn Backhaus, which I’ll report on next week, the only other painting I did was from the three different rooms we occupied while staying at the bed and breakfast.  (Click images to enlarge) 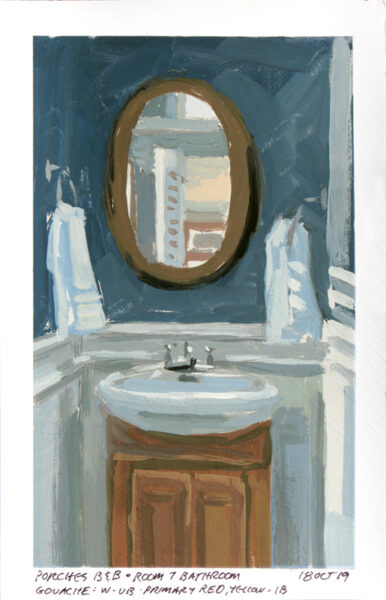 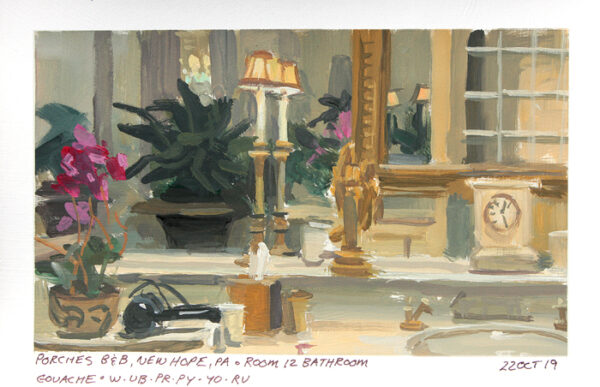 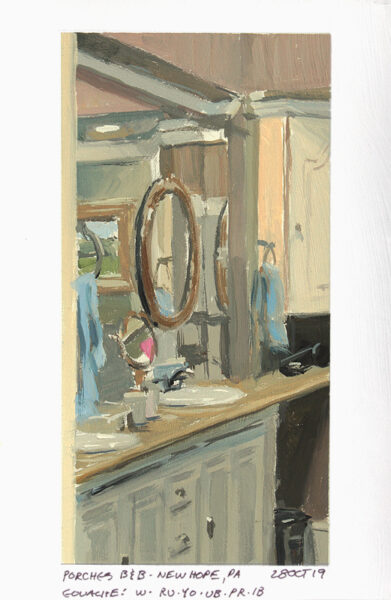 One of our outings was to the historically important, Washington Crossing Historic Park. The 500 acre park, situated on the Delaware River, is where many believe, in the winter of 1776, General George Washington hatched a daring plan to cross the Delaware River under the cover of darkness, march to Trenton with his ragged army and attack the Hessian outposts in and around Trenton. This move turned the course of the Revolutionary War for America’s independence. 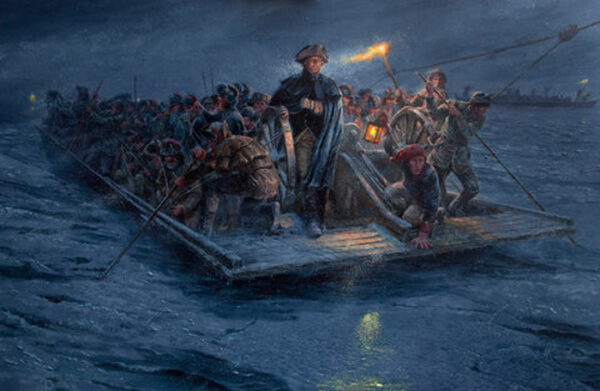 “Washington’s Crossing” – Historical artist, Mort Kunstler spent two months researching the facts of Washington’s crossing of the Delaware on that miserably cold winter night in December of 1776. Unlike the iconic image by Emanuel Leutze, he discovered the Delaware River was only 300 yards wide at the point of crossing, the boats were not as depicted in Leutze’s painting, and there was no US flag at the time.

Doylestown, the county seat of Bucks County, turned out to be a great discovery. It is home to two very important museums: the Mercer and Michener, and they’re right across the street from one another. The Mercer Museum is a six-story reinforced concrete castle designed by Henry Mercer and completed in 1916…very unique construction for its time. The core collection of the museum features over 50,000 pre-industrial tools and offers the public a unique window into pre-industrial America through 60 different crafts and trades. It is one of the world’s most comprehensive portraits of early American material culture. 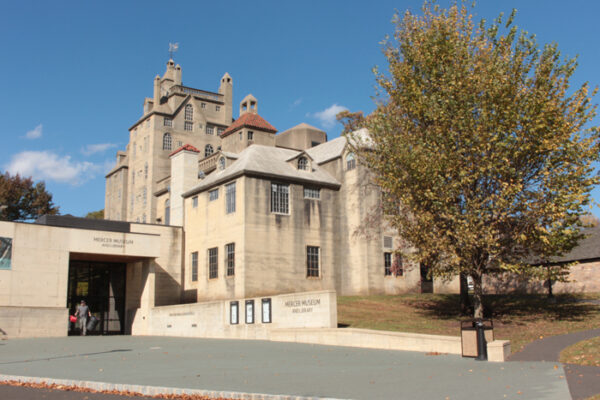 My take-away from the time spent there is how difficult life was for these early Americans. They were a tough and hardened group. Although their tools and equipment were very crude compared to today’s standards, they are brilliantly conceived and a marvel of craftsmanship. In many ways I envy their life but am also acutely aware I am too soft to be one of them.

Being an artist, I was especially looking forward to the Michener Art Museum. It was founded in 1988 and named for the Pulitzer Prize–winning writer James A. Michener (1907-1997), a Doylestown resident. It is situated within the old stone walls of a historic 19th-century prison and houses a collection of Bucks County visual arts, including 19th-20th-century American art. It is noted for its Pennsylvania Impressionism collection, an art colony centered in nearby New Hope during the early 20th century. 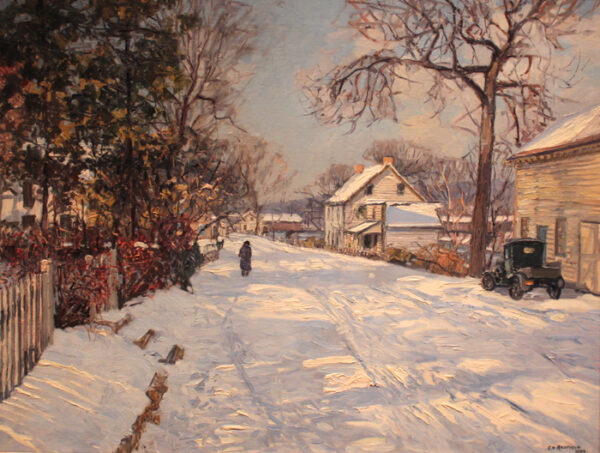 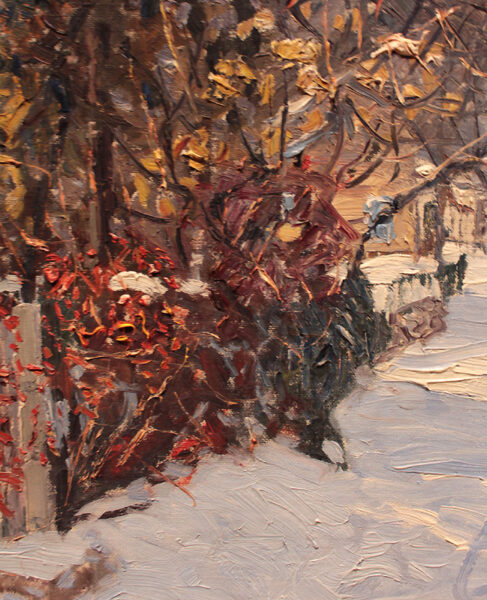 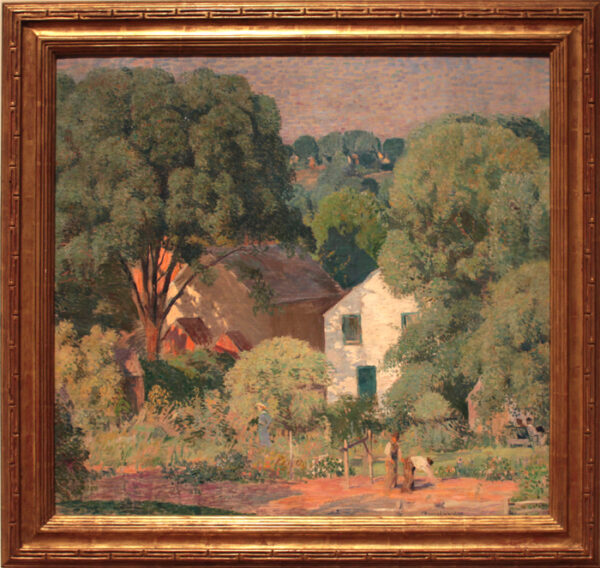 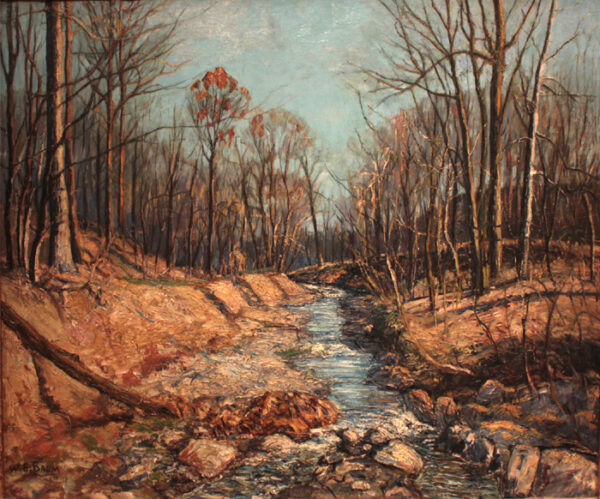 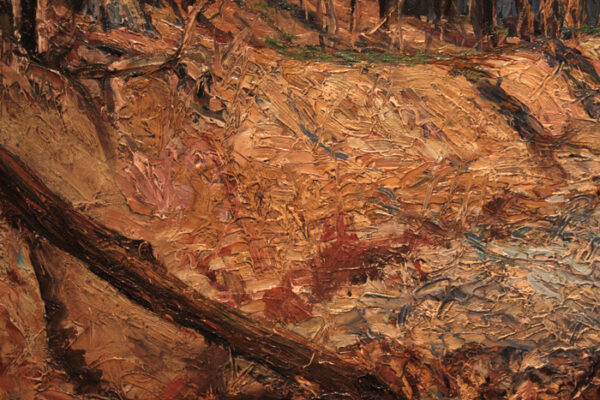 I was aware of the existence of a Pennsylvania art colony and a Philadelphia Academy, but I could not have told you anything about them or the affiliated artists. Therefore, the Michener was an eye-opening experience. Daniel Garber (1880-1958), Edward Redfield (1869-1965), and Walter Baum (1884-1956) are artists I’m familiar with, but I did not know they were Pennsylvania based artists. 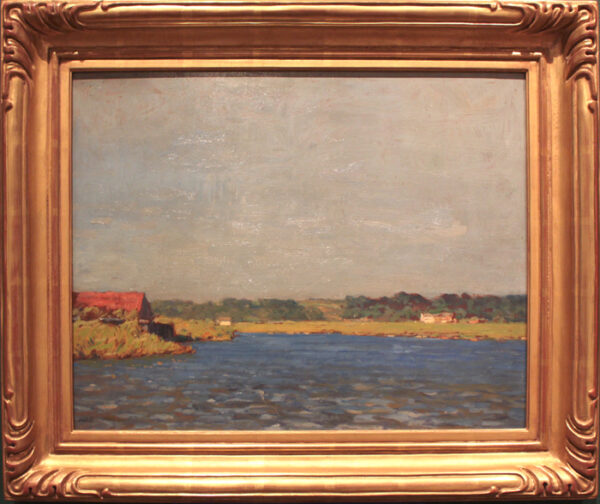 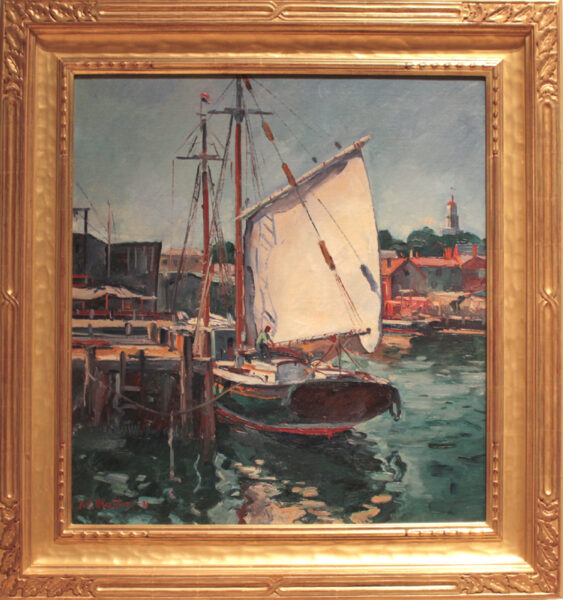 This is what the museum says about the New Hope Group: “The peak of Pennsylvania Impressionism occurred around 1915 at the Panama-Pacific Exposition in San Francisco where several Bucks County artists won important medals. Edward Redfield was honored with an entire room devoted to his canvases. Critic, Guy Pene du Bois wrote, ‘The Pennsylvaniw School of landscape painters, whose leader is Edward Redfield, is our first truly national expression’.

“Following the success of the exposition, six of the participating artists, including Daniel Garber, formed the New Hope Group; Redfield, however, decided to remain independent. The group exhibited across the country in 1916-17.

“Perceived as strong, rugged and closely tied to the national lands, Redfield and the New Hope Group appealed to a sense of American identity as the country entered World War 1.” 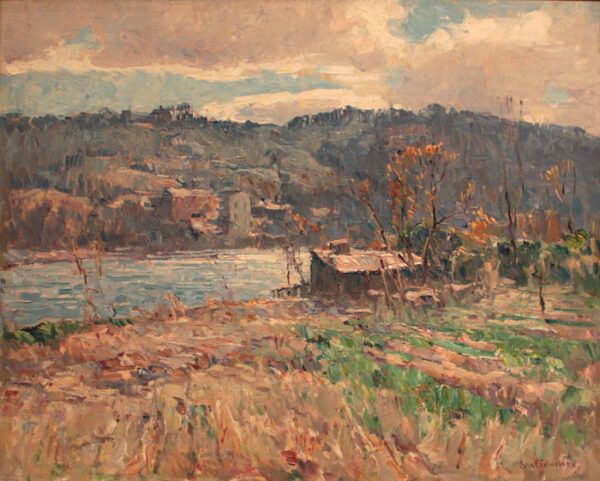 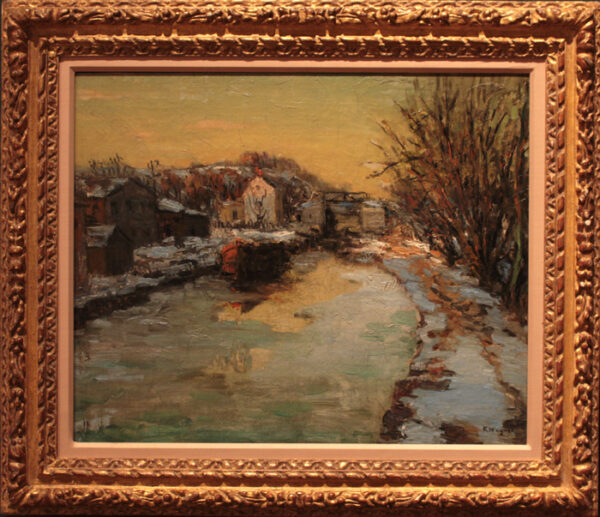 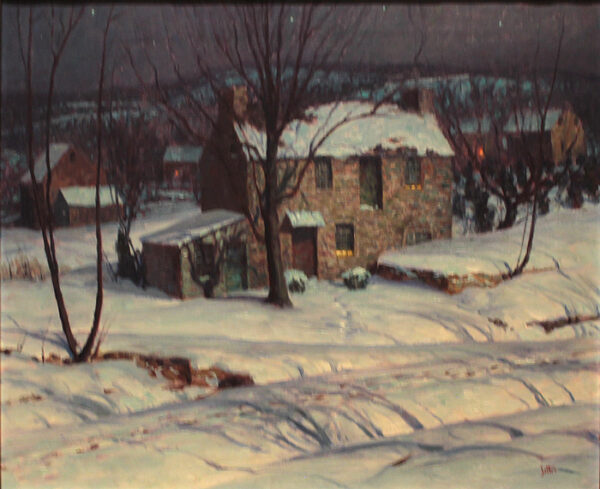 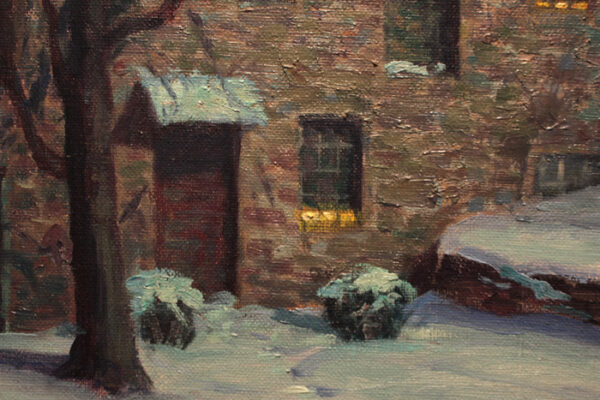 I hope you enjoy their work as much as I do.

Next week: My day with Kenn Backhaus