In his 1889 book, “How to judge of a picture”, John C. Van Dyke thoroughly describes how to properly assess a painting. I know, the title is weird, particularly with that preposition “of” stuck in there, but, that’s the correct title. John Charles Van Dyke (1861-1931) was an American art historian and critic. He was a professor of art history at Rutgers College, and was also elected to the National Institute of Arts and Letters in 1908. He authored two series of books related to art, the first were critical guide books, the second covered the history of art in America. The purpose of this blog, and others to follow, is to share with you some helpful guidelines, offered by Mr. Van Dyke,  that will help us critique our own work and the work of others. We will not agree with everything, but all his comments are worth serious consideration before rejecting them out of hand. Remember, this was written in the 1880’s. The ability to effectively critique art, or anything else for that matter, requires a significant amount of factual knowledge and understanding, otherwise what is offered as a critique is really nothing more than an emotional reaction. Mr. Van Dyke is helping us gain that knowledge and understanding.

“I cannot tell you in a few sentences any rules of drawing that would be of service to you in judging pictures; and even should I devote several chapters to the subject, you might learn something of theory but little of practice. You have a general impression of how the human figure looks, and if you would see it correctly drawn you would do well to study closely the works of Bouguereau, Gerome, Baudry, or Cabanel, among the moderns, and almost any of the Florentines, Romans, or Venetians among the ancients.” 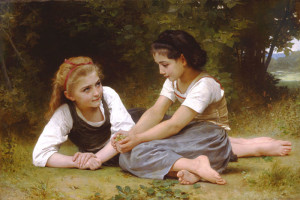 “To make pictorial people that bear a resemblance to life, and are not manikins, it is necessary that the artist should thoroughly understand the human form and be capable of drawing it. Clothes of any kind make but little difference, for the appearance of form must be shown under them.”

“Drawing in landscapes is not supposed to be so vitally important as in figure-pictures – a statement which always stirs up the blood of the landscapists – yet it is worthy of more consideration than is usually given it. Everything in nature has its peculiar form, and though the trunk of a tree may grow in any one of a thousand shapes, and thus leave more latitude for the choice of the artist than the trunk of a man, yet, nevertheless, it requires good drawing to make it appear natural and graceful. This is true again of a bank, a cloud, a mountain, a river, or a brook-side. It will be harder for you to put your hand upon a certain feature of a landscape and say, ‘That is wrong,’ than it will be in the human figure; yet, as with the figure, practice and the observation of nature will make you capable of recognizing gross errors.”

“The object of this talk is not to give you a start on the road toward hypercritical criticism, so that someday you will be able to grumble and pick petty flaws in works of art; but rather to aid you in distinguishing that which is palpably false from that which is generally true, and that you may thus better appreciate the true.”

“The perfection of drawing is a very fine thing, and we soon learn to recognize it by the consciousness that the impression received from the artist is true. And when that stage of knowledge is arrived at, a hint of an exactly opposite nature is required. There is such a thing as too perfect drawing in a picture, paradoxical as it may sound to say so. Things of life, a flower, a tree, a man, have the power of motion either passively or actively. Look to it that your artist by his exact lines has not made them incapable of motion. In other words, beware of hard, stiff figures looking as though made of marble, like the figures of Mantegna. The academic line may be correct in every point, and yet leave you but the outline of a stone statue.” 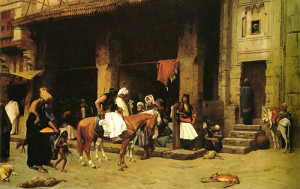 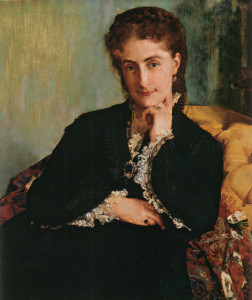 “It is the attempt of every true artist to paint, not reality, but the appearance of reality.”

“Landscape is not a piece of embroidery cast upon a background of the sky, but a consistent mass blended together of a natural affinity.”

“If the question of the truth or the falsity to nature be entirely thrown out of consideration, we shall see that it is necessary for art’s sake that details be suppressed. Leaves, grass, sticks, weeds, are not the most important things in landscape. The less is not entitled to so much consideration as the greater; and to heighten the value of the latter the former must be subordinated. There is a law of concentration in painting, as in the drama, that requires the sacrifice of the inferior for the glory of the superior.” 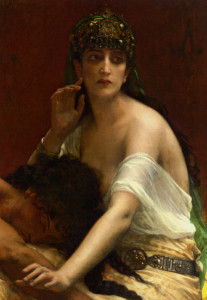 “There is something more in art than accuracy, and something more in palnting than form and line. Color is an element, motion is an element; life, zest, power, thought, feeling, passion, all enter into the problem; and, lastly, there is the individuality of genius, which is often more absolute in its sway than all the other considerations put together. Blake, Michelangelo, Millet, Corot, Rousseau, Troyon, all possessed this last quality, and when we are in the presence of their works we are quite willing to throw aside all rules and accept simply their say-so in place of them. For such is the strength of individuality, the power of genius, that it pushes aside the conventional barriers set up to restrain it, and its very defiance of rule, looked upon at first with disapproval, finally becomes a rule of action for others to follow.”