It bothers me immensely when politicians, upon concluding a speech, invoke God’s blessing on America. 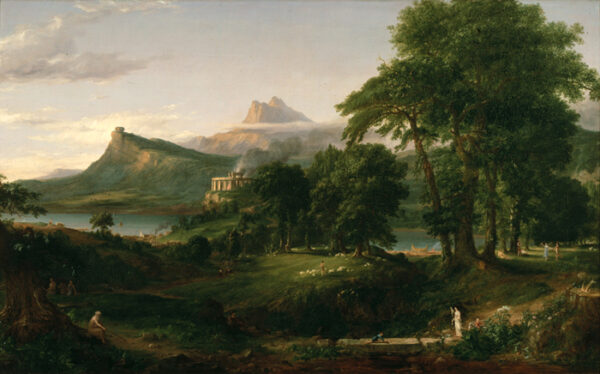 It’s a brilliant political ploy that plays well with the audience. “God” is an acceptable, mostly inoffensive generic name that generally has mass appeal, because god in this day and age can mean anything and everything, just as long as that god is not specifically defined. However, dare to define that god as the One True God, the Creator, the God of the Bible as revealed through his Son, Jesus, and suddenly blood pressure rises and feathers get ruffled.

That God reveals man’s sinful, corrupt, and rebellious nature, so man flees from that God because he sees Him as too judgmental, demanding, immovable, and exclusive. Man, who desires to be his own god, free to govern himself and control his own affairs, views himself as basically good. If he is to be judged at all, his god is all loving, understanding and forgiving. Being held accountable for his life, or having his belief system challenged by Absolute Truth makes him immediately defensive.

Don’t think my remarks here have anything to do with political parties. Even though every nation and people are accountable to a holy God, my comments here are directed to America because I love this country and have seen the sad devolution of its morals over the years, bringing us to this horrible place of moral decay that we see all around us today.

Righteousness exalts a nation, but sin is a disgrace to any people.

Isn’t it interesting that politicians acknowledge God while at the same time do almost everything possible to denounce His authority? They even double down and proudly pass legislation that approves, promotes, protects and encourages lawlessness, injustice, wickedness and debauchery…all in direct opposition to God’s commands which are written on man’s heart. A nation that does that is a nation under judgement. Don’t cast the blame on our leaders alone. We get the leaders we deserve. 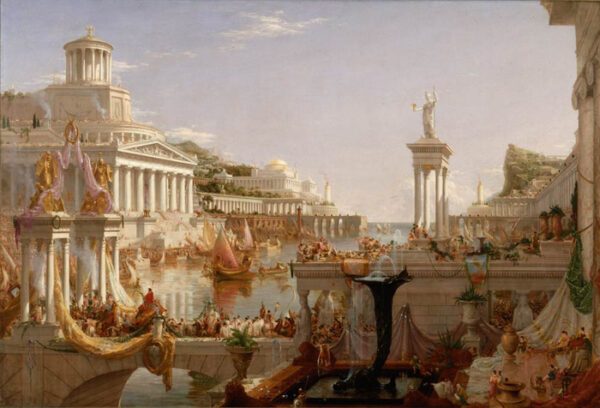 Paul, the Apostle, tells us. “Since the creation of the world God’s invisible attributes, His eternal power and divine nature have been clearly seen, being understood through what has been made.” Even though man knows this, he does not honor Him as God, but instead honors and cherishes created things.

As a result…watch the progression here and see if this is not a picture of America. 1) He gave them over in the lusts of their hearts to impurity, for they exchanged the truth of God for a lie. 2) Because man did that, God gave them over to degrading passions (homosexuality) since they did not see fit to acknowledge God any longer. 3) “God gave them over to a depraved mind…being filled with all unrighteousness, wickedness, greed, evil; full of envy, murder, strife, deceit, malice, gossips, slanderers, haters of God, insolent, arrogant, boastful, inventors of evil, disobedient to parents, without understanding, untrustworthy, unloving, unmerciful; AND, although they know the ordinances of God, that those who practice such things are worthy of death, they not only do the same, but also give hearty approval to those who practice them.”

When God is asked to bless America, leaders are appealing to God to totally renounce His holy character and to condone and bless sin.

What is God’s response to our pleadings? “Your iniquities have made a separation between you and Me, and your sins have hidden My face from you so that I do not hear.” 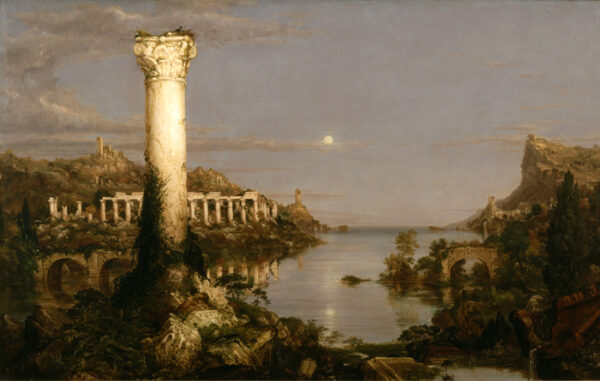 Is there any hope for America?

Certainly, there’s always hope as long as we’re breathing. America is facing a brutal spiritual enemy that is out for our destruction. Satan is out to destroy America and turn every person in this country away from God. He is a roaring lion. Are we hearing that roar today from people that hate God, hate life, hate truth? The devil is a liar, a deceiver, and is all about killing, stealing and destroying. When a nation and its people turn away from God, we give Satan permission to fill that void. The bigger the rejection, the wider we open the door to evil.

As a nation, we are so far gone that the judgement for our sin will not be going away any time soon. Our only hope is to renounce sin, seek and trust in God and His Son and plead for His mercy and forgiveness. Our country has a spiritual crisis. Spiritual problems will never be solved by natural means…science, human creativity, or laws…but only in the spirit realm. Once again, the Apostle Paul addresses the issue. “For our struggle is not against flesh and blood, but against the rulers, against the powers, against the world forces of this darkness, against the spiritual forces of wickedness in heavenly places.” What are those spiritual weapons? 1) Gird the loins with truth. 2) Put on the breastplate of righteousness. 3) Shod your feet with the preparation of the gospel of peace. 4) Take up the shield of faith. 5) Put on the helmet of salvation. 6) Take up the sword of the Spirit, which is the word of God.

Who has access to these weapons? Only those who are converted and have placed their trust in Jesus Christ. Other than that, there is no hope for this nation, now go shoot off those fireworks and celebrate “freedom”.